Since we tend to take it for granted that beliefs in spirit beings and associated myths were invented to explain the world around us I was surprised to read in Pascal Boyer‘s Religion Explained that this assumption is problematic and no longer accepted by all anthropologists:

[T]he theme of religion-as-an-explanation was developed by a school of anthropology called intellectualism, which was initiated by 19th-century scholars such as Edward Burnett Tylor and James Frazer and remains quite influential to this day. (p. 15)

It is not true, Boyer argues, that humans naturally try to find some speculative explanations for commonly experienced phenomena that they lack the conceptual means to understand.

The mistake of intellectualism was to assume that a human mind is driven by a general urge to explain. That assumption is no more plausible than the idea that animals, as opposed to plants, feel a general “urge to move around.” Animals never move about for the sake of changing places. They are in search of food or safety or sex; their movements in these different situations are caused by different processes. The same goes for explanations. From a distance, as it were, you may think that the general point of having a mind is to explain and understand. But if you look closer, you see that what happens in a mind is far more complex; this is crucial to understanding religion.

There’s a lot to think about here. Certainly for me there is. Boyer gives an example of one of the most common everyday experiences of every healthy person that is very hard for us to think requires any explanation at all. 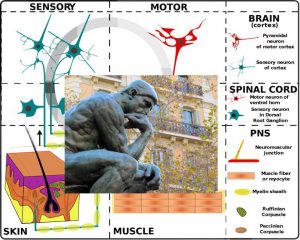 Now, expressed in this blunt and general manner, the statement is plainly false. Many phenomena are both familiar to all of us from the youngest age and difficult to comprehend using our everyday concepts, yet nobody tries to find an explanation for them. For instance, we all know that our bodily movements are not caused by external forces that push or pull us but by our thoughts. That is, if I extend my arm and open my hand to shake hands with you, it’s precisely because I want to do that. Also, we all assume that thoughts have no weight or size or other such material qualities (the idea of an apple is not the size of the apple, the idea of water does not flow, the idea of a rock is no more solid than the idea of butter). If I have the intention to lift my arm, to take a classic example, this intention itself has no weight or solidity. Yet it manages to move parts of my body. . . . How can this occur? How could things without substance have effects in the material world? Or, to put it in less metaphysical terms, how on earth do these mental words and images pull my muscles? This is a difficult problem for philosophers and cognitive scientists . . . but surprisingly enough, it is a problem for nobody else in the entire world. Wherever you go, you will find that people are satisfied with the idea that thoughts and desires have effects on bodies and that’s that. (Having raised such questions in English pubs and Fang villages in Cameroon I have good evidence that in both places people see nothing mysterious in the way their minds control their bodies. Why should they? It requires very long training in a special tradition to find the question interesting or puzzling.)

That illustration got me thinking and wondering. Is it too clever? I can certainly see myself as one of Boyer’s English pub companions thinking there is “nothing mysterious” at all about the process. But of course that’s his point. Then I recalled the (apocryphal) story of Isaac Newton wondering why the apple he had just seen fall from a tree did not instead fall upwards or hang suspended.

If we can throw things up skyward why do they decide at some point to come back down again?

Why does food appease my hunger but then too much food make me feel sick?

Why do babies grow up and not just stay as babies? Why do we get weaker as we age? Why do we age?

Why do we and every other living thing have matching right and left sides?

It takes a little effort at first, but once one starts on that track it does seem there is a point here. And I can only think of some of those questions because I need first to refer to what I have learned from my reading of science. Religious explanations are indeed limited to only certain types of stories and never touch many potential questions for the pre-scientific mind.

Boyer’s point is that the mind consists of lots of specialized explanatory engines or “inference systems”. I have hummed and harred whether to set out my own explanations and have finally opted to quote more of Boyer’s own words but with my formatting:

It is almost impossible to see a scene without seeing it in three dimensions, because our brains cannot help explaining the flat images projected onto the retina as the effect of real volumes out there.

If you are brought up among English speakers you just cannot help understanding what people say in that language, that is, explaining complex patterns of sound frequencies as strings of words.

People spontaneously explain the properties of animals in terms of some inner properties that are common to their species; if tigers are aggressive predators and yaks quiet grazers, this must be because of their essential nature.

We spontaneously assume that the shape of particular tools is explained by their designers’ intentions rather than as an accidental combination of parts; the hammer has a sturdy handle and a heavy head because that is the best way to drive nails into hard materials.

We find that it is impossible to see a tennis ball flying about without spontaneously explaining its trajectory as a result of a force originally imposed on it.

If we see someone’s facial expression suddenly change we immediately speculate on what may have upset or surprised them, which would be the explanation of the change we observed.

When we see an animal suddenly freeze and leap up we assume it must have detected a predator, which would explain why it stopped and ran away.

If our houseplants wither away and die we suspect the neighbors did not water them as promised—that is the explanation.

It seems that our minds constantly produce such spontaneous explanations.

Boyer’s point is that each of these explanations are “choosy”, or consistently applicable to only certain types of events. We don’t mix them up. We don’t try to decipher emotional states on a tennis ball’s surface to understand what it intends to do. We don’t (well, most of us don’t) think the plant died because it was heart-broken. Or that the gazelle jumped up because it was pushed by a sudden wind gust.

So the mind does not work like one general “let’s-review-the-facts-and-get-an-explanation” device. Rather, it comprises lots of specialized explanatory devices, more properly called inference systems, each of which is adapted to particular kinds of events and automatically suggests explanations for these events. (p. 17)

Religious concepts also make use of inference systems, and once understood this way they no longer seem so weird or unnatural. 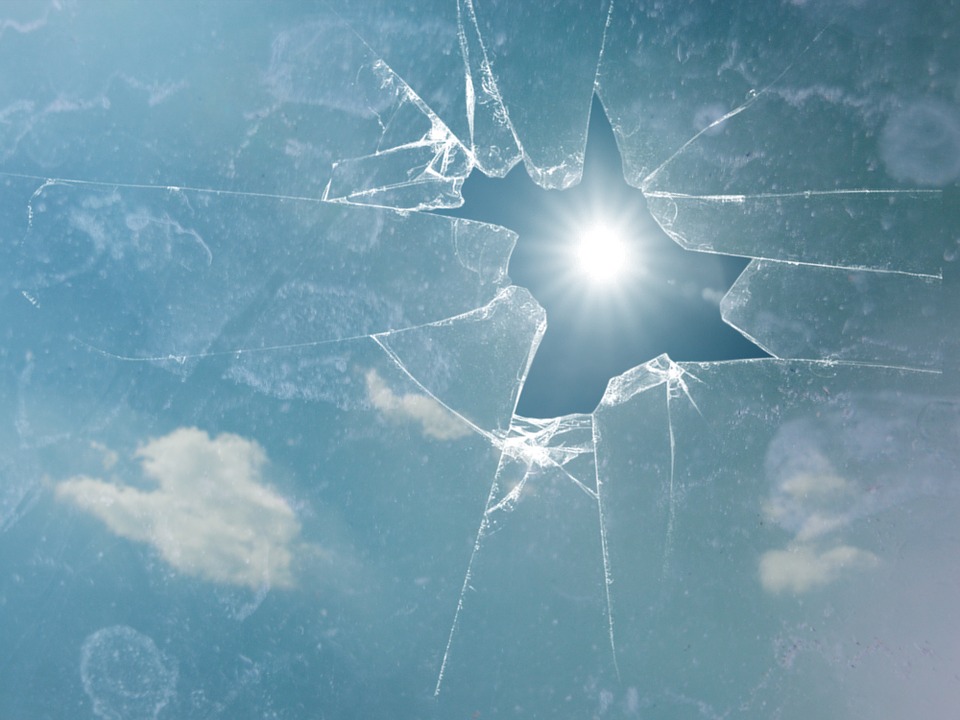 Boyer presents a case of our observation of Mrs Jones becoming angry with boys who broke her window with a tennis ball. Without being aware of the inference systems doing all the subtle work we know that her window broke because of the mechanical act of the tennis ball and our inference system tells us that the tennis ball was not acting alone. We can see Mrs Jones is angry with children outside because she knows they hit the tennis ball and suspects that they knew there was a risk involved being so close to her house. Neither we nor Mrs Jones is aware of the operation of all the different inference systems involved in making such a quick (instantaneous) assessment of the scenario. Religious concepts are formed just as naturally.

And everything . . . just said about Mrs. Jones and the tennis ball would apply to the ancestors or witches.

Recall the anthropologist’s report of the collapsed roof:

A classic illustration was provided by E. E. Evans-Pritchard with the Zande people of the Sudan. They knew very well that termites caused the collapse of the roof of a hut but that did not answer the question as to why the roof fell at the particular time it did with a certain person inside. Only witchcraft could explain that. And how to explain witchcraft? No curiosity arises there. That question never arises. So it’s certain types of concepts that we are talking about, and scientific explanations are not so much rejected as they are irrelevant. (Sam Harris wrong again)

Returning to Evans-Pritchard’s anecdote of the collapsed roof, note how some aspects of the situation were so obvious that no one—neither the anthropologist nor his interlocutors—bothered to make them explicit: for instance, that the witches, if they were involved, probably had a reason to make the roof collapse, that they expected some revenge or profit from it, that they were angry with the persons sitting underneath, that they directed the attack to hurt those people, not others, that the witches could see their victims sitting there, that they will attack again if their reasons for striking in the first place are still relevant or if their attack failed, and so on. No one need say all this—no one even thinks about it in a conscious, deliberate manner—because it is all self-evident.

Our minds are not blank slates. A brain can only learn certain concepts because of the way evolution has configured its many different modules and functions. We are capable of learning only certain types of concepts. An infant can’t be moulded into some unearthly alien intelligence. The point is that in order to learn simple things we need a lot of pre-prepared machinery. How does a new-born come to imitate facial expressions, for example? We come pre-fabricated to know the difference between the different qualities of persons, animals, rocks and toys.

We don’t come with some innate urge to explain the universe around us by means of speculative stories. We do seem to come equipped with needs to explain particular types of occurrences, and our explanations for those are curiously baroque — which is not what an explanation is supposed to be. (We really do understand that a real explanation should be simple and lead to an “ah ha” moment of seeing.)

To explain a religious concept one must describe how it is used by those who believe it. What is its function? (To digress for a moment from Boyer’s explanation, recall studies that have concluded certain myths have been derived to explain certain rituals, and not the other way around.)

Religious concepts are probably influenced by the way the brain’s inference systems produce explanations without our being aware of it. (p. 18)

That calls for an explanation of how the mind does indeed come to infer the existence of invisible spirits, witches and ghosts. (A future post …. )

2 thoughts on “Where Religious Beliefs Come From”