René Salm has been posting some interesting articles on his Mythicistpapers website lately. His most recent is Brodie, McGrath, and the increasing polarization of biblical studies—Pt. 2. James McGrath has prided himself on rarely taking a cutting edge stand but always remaining steadfast in the middle of controversial issues. He calls it The Radical Middle!

I was once asked (in a job interview for a faculty position at a seminary), because I seem to like the ‘middle of the road’ position on many things, what if anything I get excited about. I thought it was a great question, and I would still answer it the same way now as I did then: I am excited about finding and maintaining the middle ground.

The middle ground is anything but where McGrath stands in relation to mythicism. René points out in his article that McGrath “presents such a good example of the polarization in biblical studies.”

Thus, what comes screaming through, more than anything else, is the paranoia of an aging, entitled, and arrogant tradition. It all stands to reason. There’s a paycheck at stake. Reputation. Legacy. Ooh…

The article touches on a number of recent developments among biblical scholars that present challenges to their traditional assumptions. He begins with Dennis MacDonald’s studies in intertextuality and mimesis and the conclusion that the gospel authors were essentially writing fiction. I have been reading not only MacDonald’s work but also studies by a number of more conservative scholars also investigating intertextuality. They fail to draw the logical conclusions that MacDonald does, but their work is still informative and yet another topic I would like to post about one day.

Other names in the article of interest: Thomas Brodie, Tom Dykstra, Markus Vinzent. Salm is of the view that “Paul” belongs firmly in the second century. Vinzent is going so far as to argue that all four canonical gospels postdate the Marcionite heresy.

Some other recent interesting articles of interest at Mythicist Papers

Evangelical Christianity’s Brand Is Used Up

Back before 9/11 indelibly linked Islam with terrorism, back before the top association to “Catholic priest” was “pedophile,” most Americans—even nonreligious Americans—thought of religion as benign. I’m not religious myself, people would say, but what’s the harm if it gives someone else a little comfort or pleasure. . . . .

The Evangelical “brand” has gone from being an asset to a liability, and it is helpful to understand the transition in precisely those terms.

Read her article for her justifications. 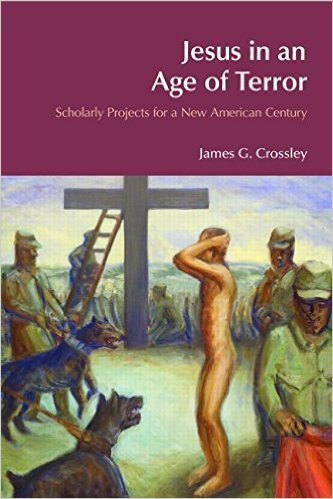 A number of readers have on occasion requested that I remove my political content to another blog and leave Vridar as a standard biblioblog. These requests always bring to mind “The Politics of the Bibliobloggers”, a chapter in Jesus in an Age of Terror: Scholarly Projects for a New American Century (2008) by James Crossley. Excerpts follow.

[W]e have now seen how contemporary New Testament and Christian origins scholarship, though in the broader context of biblical studies scholarship, is also tied in with some of the key political issues in Anglo-American mainstream media. The decision to focus [in this chapter] on blogging was deliberate because here we have the perfect medium for scholars to air their opinions explicitly. It is clear that the views of New Testament and Christian origins scholars on the internet are in many ways self-censoring, pushing anything too dissenting away from the spotlight, and tend to match effortlessly the agenda of Anglo-American foreign policy.

This now gives us a firmer foundation upon which to analyse the implicit assumptions of scholarship in the more conventional printed form (books, journal articles, etc.). . . . [T]here has [sic] been gaps in arguments that ought not to be there if as much evidence as possible were genuinely being discussed. So before we look at New Testament and Christian origins scholarship in more detail we need to examine in further depth the kinds of broad political and intellectual currents that dictate the gap-making in scholarship, how they are seriously problematic, and how they are intimately tied in with the agendas of mainstream intellectual, political and cultural power. (pp. 51-52)

Examples of the above from earlier in the same chapter:

Crossley on the Herman-Chomsky propaganda model:

Any group dominated by people with overarching similar interests will obviously have such interests reflected in its literary and rhetorical output. Edward Herman and Noam Chomsky showed this with reference to intellectuals and the mass media in their development of a “propaganda model.” . . .  Disagreements reflect disagreements among the elites. Although individuals may hold very different views from the agenda of the mass media, these views will not be seriously reflected in the overall agenda or agendas. Fundamental dissent is largely missing from the press: it is more likely to be squeezed towards the back pages or left to some marginalized press. Censorship, then, effectively becomes self-censorship behind the rhetoric of free and open debate. . . .

As this analysis is focused on the media, I will apply and modify it in the next chapter on biblical scholars as bloggers. However, Herman and Chomsky’s work is obviously applicable to a variety of areas, including scholarship, particularly as it analyses how dominant groups control the presentation of data. . . . I have also analysed the ways in which the results of New Testament scholarship reflect the interests and ideology of the dominant participating groups. Moreover, while Chomsky’s work may have focused most heavily on the elite media, he has also shown that propagandistic tendencies are present in intellectual scholarship . . . (pp. 3-4)

Biblioblogging is important for the topic at hand for two main reasons. First, unlike academic books and articles, the blog format provides a medium whereby scholars can voice their political (and other) opinions explicitly. This makes it much easier to outline the ways in which contemporary ideologies impact contemporary biblical studies and form a basis for, and further support for, the subsequent analyses of contemporary scholarship in this book. Secondly, the internet format is arguably more closely related to Herman and Chomsky’s propaganda model (see Chapter 1), and it is notable that numerous mainstream newspapers now run their own blogs, as do many mainstream journalists independently of the newspapers for whom they work. Consequently, we might expect bibliobloggers to conform to the same kinds of patterns Chomsky and Herman found in their analysis of the mainstream media. (p. 22)

[N]otice how Davila has focused most heavily on correcting basic facts and ideological problems with Arab and Muslim presentations. There is no concern to provide any kind of alternative media that would challenge the ideology of the Western media too much. On the contrary, as would be logically expected from his arguments, Davila appears to want to be part of it and strengthen it. (p. 24)

I should now confess that I have run a blog since the summer of 2005. Like Davila, my main reason involved the media but, unlike Davila, my main reason also involved questioning the very basis of mainstream ideology of the Western media. What I noticed when reading the biblioblogs was that the general political views of bibliobloggers were very much akin to the political views reflected in the mass media. In an interview, I discussed why I started to blog. The reasons given were more tied in to academics but it equally applies to the mainstream media:

One key reason was political, and in different senses of the phrase. It now seems naïve to me at least, but I once thought there were more politically radical people in scholarship, though I don’t think that anymore. This disappointed me when it hit home and it disappointed me in terms of blogging because there, I thought, more than anywhere in biblical scholarship, would such views be found. The situation is quite the opposite, I think.  (p. 24)

In the opening quotation (from Crossley’s conclusion to the chapter) reference was made to “gaps”. . . . END_OF_DOCUMENT_TOKEN_TO_BE_REPLACED