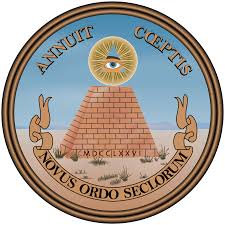 I got chatting with an audience member who was pretty sure that 9/ 11 was an inside job. But he wasn’t, it turned out, a huge fan of Ian R. Crane. I asked him, if the government really was behind 9/ 11, why is Ian allowed to go around telling everyone; why don’t the conspirators just shut him up? He glanced over his shoulder and leaned toward me. It’s quite possible, he said, that Ian R. Crane is working for the government, trying to discredit conspiracy theorists by making them look foolish.

So it’s a lens through which events are viewed.

The first reason we know evidence is not a critical need is the way conspiracy theorists will so often decide (“just know”) that a shooting, a disaster, is the work of a conspiracy the moment it hits the headlines. There is no need to wait for investigators to do their job and produce a report.

One example is the Sandy Hook school shooting (my bolding):

It took investigators days to piece together the details and make the information public. In the hours following the tragedy, however, confusion reigned. The news media scrambled for exclusives, passing around unconfirmed rumors about the identity and motives of the person or people responsible, only to retract the claims minutes or hours later as the investigation unfolded. Over the course of the day, it was wrongly reported that a second gunman, a man spotted wearing military fatigues, had been involved; that the shooter was the father of a child at the school; and that the gunman’s mother was a teacher at the school. Worse, for a few hours the actual gunman’s brother, Ryan Lanza, was mistakenly named as the culprit, when in reality he was on a bus from his Manhattan office to his New Jersey home frantically protesting his innocence on Facebook.

Yet even in the panicked hours immediately following the shooting, some people felt that no further explanation was needed. They had already figured out who was behind the shooting: It was a false-flag operation staged by the United States government.

Brotherton surveys the details of their website discussions and mutual assurances confirming their view. Much of their support for their views came from studying online video clips and looking for anomalies and vague look-alikes in other scenes.

In the case of the Sandy Hook shooting, many theories assert that the shooting was not an isolated event, but merely the latest in a string of false-flag operations that includes the shootings at Columbine High School, Virginia Tech, a cinema in Aurora, Colorado, a Sikh temple in Wisconsin, and a shopping mall in Oregon, to name just a few.

This urge to explain just about anything that happens in the world as one small piece in a much larger puzzle pervades all conspiracy thinking. When Jonathan Kay, a reporter with Canada’s National Post newspaper, spent time interviewing 9/ 11 conspiracy theorists for his book Among the Truthers, he found that talk of 9/11 would inevitably lead to other conspiracy theories— often to do with who killed JFK. “Scratch the surface of a middle-aged 9/ 11 Truther,” Kay wrote, “and you are almost guaranteed to find a JFK conspiracist.” I found the same trend speaking at the Bilderberg Fringe Festival to a handful of people who collectively explained everything from global warming to the Black Plague as the machinations of some sinister conspiracy. . . . Perhaps the clearest example comes from David Icke. Icke is famous for giving marathon ten-hour-long, unscripted lectures to sell-out crowds, during which he explains the entirety of human experience as part of an interdimensional conspiracy. “People say I see conspiracies everywhere,” Icke said during a 2014 lecture at Wembley Arena in London; “I don’t. I see one conspiracy that takes different forms.”

A/the significant point Brotherton is making, it should be noted, is that we are all susceptible to the thought-processes that lead some of us to conspiracism. More can be found at Rob Brotherton’s website:

29 thoughts on “Conspiracy Theories: About More Than Mere Evidence”