Thanks to a reader who has alerted me to an article by a philosopher of history, Aviezer Tucker, on Richard Carrier’s Proving History in the prestigious peer-reviewed journal History and Theory. I have since seen an rss feed alerting me to Carrier’s own comments on the review. I look forward to reading it but meantime I’d like to remind readers of a post I did a few years ago on the author:

I also see that Tucker’s review has been made open access. (The journal’s policy is to make a work open access if the author or their supporting institution pays a fee of $3000. So do appreciate the access you have to this article. It’s free to you but the publisher is not giving it away free.)

The Reverend Bayes vs Jesus Christ.

See also Carrier’s comments. No doubt I’ll write something once I have had a chance to read it, too. 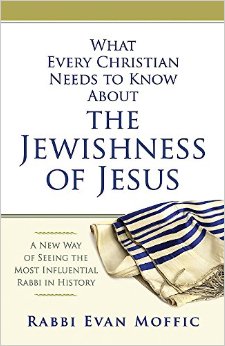 Jesus and Jews have not always got along well together in Christian scholarship but today (and for some decades now, especially since Geza Vermes published Jesus the Jew) they have been rollicking along just fine. So close are they that some scholars have been known to censure anyone who attributes to Jesus Hellenistic tropes of “latent anti-semitism”.

Scholars like April DeConick and Louis Painchaud have suggested that the modern tend to find some good in Judas is an outgrowth of a powerful cultural need to absolve our collective guilt over the treatment of the Jews in the wake of World War 2 and the Holocaust and the widespread anti-Semitism preceding those years. Both scholars argue that the National Geographic presentation of the Gospel of Judas portrayed Judas as a hero as a result of wishful and tendentious translations the text. Both argue that in fact the Gospel of Judas by no means presents him as a would-be saint.

But back to Jesus. Of course Jesus was a Jew. But traditionally many Christians have been taught to think of him as opposing what was essential Judaism of his day, that is, the self-righteous, legalistic and judgmental Pharisees. That concept has probably historically fed in to waves of antisemitism throughout history.

Now I fully agree that that traditional perception of Judaism is a misplaced caricature, the product of hostile Christian invention. That that simplistic notion has been replaced by more nuanced reality in the scholarly literature is a good thing.

But does the emphasis on the Jewishness of Jesus also indicate that Christian scholars are working outside the zone of their natural Christian biases? By no longer claiming Jesus “for themselves” and by implication as having no part with Judaism, are Christian scholars necessarily working towards a more neutral scholarly venture?

I think not. The reason is a new book I came across, What every Christian needs to know about the Jewishness of Jesus : a new way of seeing the most influential rabbi in history by Rabbi Evan Moffic.

Notice this passage from the Foreword to the book by Kent Dobson, Teaching Pastor at Mars Hill Bible Church:

And discovering a Jewish Jesus is not just an academic exercise; it has widespread implications for the health of Christianity. In some sense, we cannot claim Jesus as our own anymore. He was Jewish, we need to hear him in his own Jewish context, and we need to hear from Jewish voices about how they read this rabbi from Galilee.

Personally, I learned more from my Jewish brothers and sisters about Jesus and his world than I ever learned in church. . . .

I believe we are better people of faith when we bring our experience into a real conversation with those from other faith perspectives and convictions. The Jewish-Christian dialogue is not a politically correct game. We are conversing about meaning and truth, beauty and love, family and forgiveness, and the mystery of God. What could be better! . . .

Jewish perspectives on Jesus clarify, strengthen, and take further some Christian convictions about his mission, teaching, and life. . . .

This new era of Jewish-Christian dialogue is just dawning. In some sense, it’s still very fragile. It started in academia and now is spilling out into the Synagogue and the Church.

Moffic, Rabbi Evan (2016-02-02). What Every Christian Needs to Know About the Jewishness of Jesus: A New Way of Seeing the Most Influential Rabbi in History (Kindle Locations 62-83). Abingdon Press. Kindle Edition.