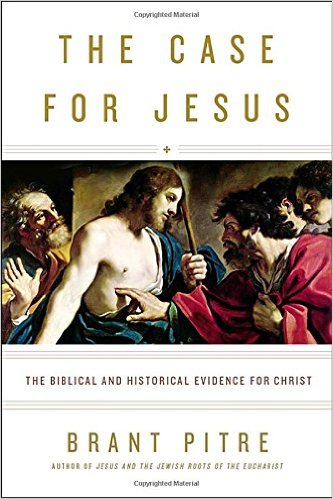 It’s not like that among some biblical scholars. Some of them, like Brant Pitre, take the opportunity to deliver a propaganda message and try to convert you to their belief system. Along they way they invite you to scoff at other scholars who disagree. They are write dogmatically, fanning dogmatism among readers.

But I guess that’s what the game of religion is all about. I just wish its scholars would be more intellectually honest with their parishioners and other lay readers and less zealous for their game of winning souls.

And I wish more of their peers would call them out on it, too, and not cheer them on.

Brant Pitre never gives his readers a chance to know what the alternative arguments are. He simply says, repeatedly, that atheistic or other scholars ignore the evidence, do not take it seriously, etc. and that they have views that challenge the historical reliability of the Gospels. Pitre does not, even in summary outline, present the reasons for their views or why they argue differently from the he does. I suppose such digressions would only confuse lay readers. They might open up a question that leads them to challenge the message he is trying to convert them to.

Here is what Professor Michael Bird had to say about The Case for Christ:

Is the Marcan Jesus identified with Yahweh? Brant Pitre draws on recent research to give an emphatic “Yes.”

And what does this “recent research” reveal? Pitre comments on part of this argument with these words:

I expect some readers may be thinking at this point: “What?! The Old Testament actually predicts the timing of the death of the Messiah? Why haven’t I heard this before?”

This reaction is understandable. I for one had never seen any of these passages from the book of Daniel before I started studying first-century Judaism seriously. For whatever reason, modern-day Christians are often far less familiar with these passages than were ancient Jews and Christians.

In fact, the analysis of Mark’s nature miracle stories and how they tie in with passage in the “Old Testament” that speak of God himself, and the details that Pitre says most Christians don’t know about and that he only learned when undertaking serious studies — both of these aspects of Pitre’s argument are well known among many Christian cults. In fact, my own erstwhile cult taught these things with just as much excitement and dogmatism as does Pitre!

We “knew” Jesus was being portrayed as God (or at leas the Son of God or an emanation of God) in the Gospel of Mark when he was walking on water and stilling the storm because the gospel accounts contained so many images and even words that clearly borrowed from (or inspired by) passages in Job, in Psalms, in Exodus. God is the one who stills the raging storm and seas. He is the one who “passes by” in his glory. These were the messages we heard in sermons and read in the church tracts. Of course, the same parallels are pointed out by critical scholars who use them to question the historicity of the accounts; mythicists also point to them. But I guess there is no “parallelomania” when the same literary relationship is used in the service of strengthening faith.

Another point common among many such Christian low-brows is conviction that at the time of Jesus there was widespread Jewish expectation of the messiah because the prophet Daniel had left writings indicating he was due to arrive some time within decades of the turn of the first century. Seventy weeks of years (490 years) from the time of Jerusalem’s rebuilding (or thereabouts) were to pass and then the Messiah would appear and end the sacrifice, being “cut off”, killed.

Now maybe lay people who are well aware of these arguments (presumably not Pitre’s lay Catholics, however) have come to their beliefs for the wrong reasons. But Pitre gives them no better reasons (no scholarly ones) for believing them. He does in one end-note mention an alternative scholarly view that the four kingdoms of Daniel ended with the Seleucid empire but he does not give any hint as to why some scholars argue this view. Pitre makes them look pretty dumb for not seeing things his way.

I could give plenty of examples of the shameful way lay readers are short-changed intellectually with this book, and the way they are encouraged to scoff at critical scholarship that disagrees with the views of apologists like Pitre, Bird, and others. But I must keep to my plan to complete my posts on other books first.

Suffice to say that an intellectually honest and respectful way of writing for the public should always give some indication of the reasons for alternative arguments. But of course bible scholars like Pitre are in another business, that of “strengthening the church” or the faith of believers or winning converts.

It is an abuse of one’s status as a public intellectual to write dogmatic apologetics for lay readers. Such professors ought to remove Professor, Doctor, their academic status etc from their credentials listed in such books. It is not enough to say they are “not writing for scholars”. While they present themselves as academics they are understood to be informing the public honestly and fairly of scholarship however quotidian their language and style.

9 thoughts on “Scholars Doing Over Lay Readers with Apologetics”