Earlier this month I posted notes from the Acts of Mark that René Salm had shared.

Since then René Salm has posted the first ever English translation of the Acts of Mark on his website. Translator is Dr Mark A. House.

See The Acts of Mark: Translation.

René has another page of notes discussion the background to his own interest in the Acts and comments on the translation itself.

See The Acts of Mark: Notes and Bibliography

Of particular interest is René’s discussion of the date of the text. What relevance could an ostensibly 5th century text have for mythicists or anyone interested in the origins of Christianity?

See The Acts of Mark: “What is the date of this text?”

There’s main gateway to these links is Rene’s resources for the study of Christian origins page which also leads to a summary of the Acts.

The same page contains a translation of part of a work by Ditlef Nielsen’s (1904 ) titled The Natsarene and Hidden Gnosis. 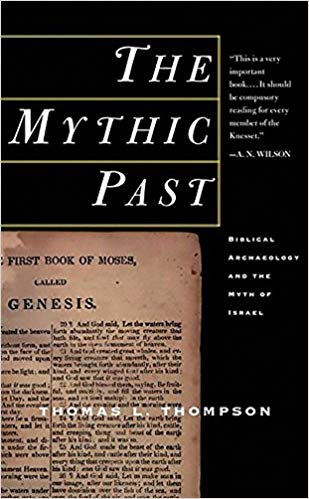 Biblical Israel, as an element of tradition and story, such as the Israel of the murmuring stories in the wilderness, or the people of the stories of II Kings who are faithless as their kings are faithless, or the lost Israel, which is the object of prophetic diatribe in Isaiah and Amos, is a theological and literary creation. This Israel is what I have called ‘old Israel’. It is presented as the polar opposite of an equally theological and literary ‘new Israel’, which is the implicit voice, for example, of II Chronicles, the Book of Psalms, the Damascus Covenant and the gospels. (p. 78 of The Mythic Past, Thomas L. Thompson)

The Bible is a theological book with literary creations to illustrate its theological messages. It bears little resemblance to the material evidence of actual history. (The quotations and notes here — up until the last paragraph — are taken from Thomas L. Thompson’s The Mythic Past.)

Israel in the Bible . . . stands in sharp contrast to the Israel we know from ancient texts and from archaeological field work. (p. 78)

Few biblical scholars would doubt this today. Such ‘eponymous’ figures of story have a life of their own, quite apart from any real or assumed past. Odysseus’ struggle with the Cyclops need not have anything to do with a known past and hardly gives us cause to believe in historical Cyclopses in the Aegean’s past. Similarly, Israel’s tribes need not have been either twelve or tribes in reality.

Names in both history and tradition tend to have very long lives. They change over time and can come to have a variety of references.

The Bible built its fiction of ‘old Israel’

out of traditions, stories and legendary lore from Palestine’s past. Some of the sources for such ‘knowledge’ are very old, and it is useful to take a look at how such knowledge changes over time.

The earliest known usage of the name “Israel” is in an Egyptian inscription from the thirteenth century bce, the Merenptah stele. Pharaoh Merenptah boasts that he has destroyed, in the land of Canaan, among other peoples, “Israel’s seed” and that “Israel is no more”. END_OF_DOCUMENT_TOKEN_TO_BE_REPLACED