This continues the series on an introductory chapter from Walter Schmithals’ Gnosticism in Corinth. The full series is archived here.

Now it is no longer a very long step to the identification of this system as “pre-Christian Christ Gnosticism.” When Simon identifies himself as the “Great Power,” he therewith makes the claim, not to be a definite divine emanation, but an emanated part of the one original God himself. We have seen that the Apophasis developed just this Simonian claim and how it developed it. It is immediately understandable that all the divine predicates can be claimed by Simon or can be attributed to him. Thus, following Irenaeus, Hippolytus rightly says that Simon tolerated “being called by any name with which people wished to name him.” Hence he is called not only Great Power or The Standing One, but also God, Son of God, Father, Holy Spirit, Kyrios, Savior, and so on. (p. 45)

The pre-Christian system of Simonianism did not use the Judaistic term Christ in the sense of being a unique redeemer but as a title only. So when Hippolytus says that

Simon had appeared as a man although he was not a man, and had apparently suffered in Judea, had appeared to the Jews as Son, and to the other peoples as Pneuma Hagion [Holy Spirit], it is still clear in this late report that Simon is the Christ not as the one Christ who has appeared in Jesus but as the Pneuma who has appeared in all, and only thus also in Jesus. (p. 46)

Dositheus who was reputed to have been Simon’s teacher presented himself as Christ, according to Origen (Celsus, 1, LVII).

But of course none of the above proves the existence of a pre-Christian Christ Gnosticism.

For Schmithals what is important first of all is to be clear about the nature of what he calls “the structure” of the pre-Christian Gnostic system:

A heavenly being (έστώς) — whether God himself or a divine emanation—

and there concerns himself with the return upwards (στησόμενος) — which means the liberation from captivity in matter or the transfer of the “Dynamis,” which has been actualized out of potentiality into substance, into the heavenly treasury.

Note that in this system there is no special redeemer figure or a real redeemer myth.

Every man or every pneumatic is part of the descended heavenly being and is responsible for his “redemption” or self-realization, which has as its presupposition the “redemption” also of the other parts of the “Dynamis”.

Simon was able to say he was part of the power of God, the source power of the universe, as were all pneumatics or all humans in his system. The power was dwelling in them all in a potential form.

S. then points out that the “I am” [Ἐγώ εἰμι] formula “stems from the oriental sacral style and is widespread in Gnosticism”. This expression is said to be characteristic of those who are spiritual [“Pneumatics”] generally and Simon in particular as they identify their divine attributes.

These expressions —  e.g. I am the son of [the] God, the unbegotten power, etc — express their belief that they are, spiritually, a part of God. And by proclaiming the hidden knowledge (gnosis) they were themselves redeemers.

S. casts a forward glance at what is to follow in his book on “Gnosticism in Corinth” by noting that “pneumatics” or spiritual ones in such systems, those who shared the “fellowship of the spirit” and who were ‘active as redeemers’ were often known as “apostles” while on their missionary journeys.

Schmithals now comes to discuss the title Christ in this system.

In the previous post mention was made of the earliest discernible teachings of the Naassenes as possessing a similar Gnostic system — another one without a redeemer emissary-from-heaven figure. Hippolytus discusses these in Book 5 of his Refutations.

The central figure in the Naassene system that corresponds to the Dynamis/Power in Simon’s is a Man or a Son of Man, called Adamas. Christ in this system was not the Christian redeemer but one of the several designations for the primal man.

This designation betrays Jewish but no Christian influences, even if the quotation in [Hippolytus’s account] should stem from Eph. 5:14 — which in view of the difference in wording is by no means certain — and not rather from common Gnostic source.

Schmithals discusses in some depth this Naassene system but most of it is in Greek so I will need to take some time to be sure I grasp it as completely as possible before saying anything more here.

How could the Jewish title Christ become assigned to the Gnostic Primal Man? 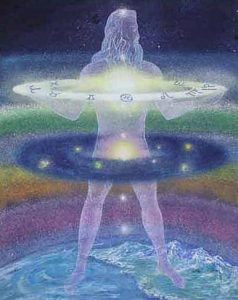 Schmithals (or his translator?) has a complex way of explaining that it was the way of Gnosticism to incorporate motifs from other religions. This made it inevitable, he says, that the Jewish title of “Messiah/Christ” would also be embraced and joined with the Gnostic chief figure, the Primal Man.

(I don’t know if this is a truly satisfactory explanation. It seems to be assuming that the Messiah concept was as central to Jewish religion as was the Primal Man to Gnosticism. I am not sure what evidence there is for this. I would rather look for interpretations relating to one like the heavenly Son of Man appearing in Daniel and possible associations with perhaps a Davidic anointed one or comparable.)

S. goes further, however, and sees the union of these two as being a natural fit since both figures were “in essence eschatalogical”. Both belong to primordial time and the end-time.

Besides, if, as is plausible, Jewish Gnosticism had its origins among Diaspora Jews, particularly in Mesopotamia, the Messianic title would more easily have been spiritualized and be stripped of any real-world advent expectation that supposedly preoccupied other Jews in the traditional land of Israel.

For further details of this system S. turns to Jewish Gnosticism itself (what he was addressing prior to this was ambiguous) — and he takes as the exemplar the Elchasai as described, however inadequately, by Hippolytus.

According to Hippolytus here are their views of Christ:

And he asserts that Christ was born a man in the same way as common to all, and that Christ was not for the first time on earth when born of a virgin, but that both previously and that frequently again He had been born and would be born. Christ would thus appear and exist among us from time to time, undergoing alterations of birth, and having his soul transferred from body to body. (IX, 9)

Schmithals believes that behind this description lies the actual belief among these Jewish gnostics that Christ appears not as a particular man but as an ordinary man, at all times divided up among many men. The term Elchasai he suggests also is derived from the meaning of “hidden power” and was the counterpart of the Power/Dynamis of Simon’s system. Christ, he say, according to this gnosticism, is found “at all times in many ordinary men”. (I cannot be sure this is really what Hippolytus is saying, but I wonder if S. would respond that Hippolytus is not accurately reporting what he, S., is sure is their belief.)

The Christ Gnosticism before us here is a purely Jewish Gnosticism. (p. 51)

Hippolytus compares these Jewish sectarians fable-telling with that of the gnostics like Cerenthus and Carpocrates (VII, 22) and says of their understanding of the Christ title:

For if even any other had fulfilled the commandments (contained) in the law, he would have been that Christ. And the (Ebionaeans allege) that they themselves also, when in like manner they fulfil (the law), are able to become Christs; for they assert that our Lord Himself was a man in a like sense with all (the rest of the human family).

There are quite a number of other sources and examples Schmithals discusses but I will leave those for the next post.