A change of pace here. After an online chat this morning I got to thinking of old thoughts of my conversion from Christianity to atheism.

Don’t such debates testify our childishness (confused with childlikeness) and fear of intelligence? I don’t think everyone involved in such debates is really looking to the Bible for guidance. I suspect many have come to share the values of their communities and others and are really looking for assurance from the Bible for their prejudices or sentiments. We like the idea of having God on our side.

It’s easier to argue against those whose views we despise that way, too. No need to be too troubled by having to make truly informed decisions or researching, reflecting and constructing educative discussions and debates. Much easier to bring out the Bible and bash away at each other with our favourite proof-texts. Besides, the Bible clearly gives licence from its greatest heroes to freely engage in arrogant declamations and insults when things get a bit heated or the argument is going quite the way we want.

But what happens when people do take the Bible seriously and really do try to set it up as a guide? And what happens if those people are serious enough to be humble enough (self-negating enough) to abandon all sense of personal responsibility towards their fellow human society and decide to let “God speak to them” regardless of where it leads? Not a good idea for the mentally and emotionally unstable or for anyone who has it within them to detach themselves from their natural family and social obligations.

The whole scenario is crass immaturity. The very notion of doing right because an authority commands it is childish and fickle. What would happen if there were no Bible, no moral authority outside ourselves? The answer is all around us. We know first of all that where the Bible is taken the most seriously we find the higher incidents of domestic violence and child abuse, teen pregnancies and divorce and such. We know that where the Bible is not considered of any importance or relevance culturally in other parts of the world people do get along quite normally and healthily as societies after all. Humans are humans and by nature they have universal standards of right and wrong and social cohesiveness. It’s simply a matter of how we have evolved as social animals.

It’s hard to believe this when one is a believer, I know. When I was faced with the decision to leave God out of my life I truly had no idea where it would lead me. Would I become a murderer? Being a believer had screwed me up so much I no longer knew what it was to be human. I had feared being human. Believers are taught human nature is sinful. How liberating it was to discover people are people, good and bad, with needs and loves, and we all are just doing what we can to make the best of things. For some, perhaps many, that means putting in extra effort to help others along the way and learning to live with and control our faults.

The best part of this liberation was discovering I no longer had to live in a world divided between those in God’s camp, with my beliefs or values and authorities telling me how to live or backing me up, and the “others” out there in the camp of darkness or ignorance, the unsaved and the unwashed. The liberation was in coming to realize we are all one humanity with the same weaknesses and strengths (while not denying there are a few who really are bad news) and that we really are “one”.

The very idea of turning to a book to argue about this or that thing that we should or should not think or do or feel is so immature and symptomatic of inner fears about ourselves and others, surely. Little children need to learn that their bad dreams are nothing to be afraid of.

A Public hearing at Zochrot, a testimony given by Amnon Neauman, a 1948 Palmach soldier describing the occupation of the Negev villages.

Amnon Neumann: I was in the Second, Eighth, and Ninth Battalions of the Palmach from February 1948 until my discharge in October 1949. I was there for this whole period, except for a few months after I had been wounded and after my father had passed away.

The most significant period for me in terms of the Nakba was April-May 1948, when the battles or clashes with the locals took place, until the Egyptian army arrived. At first we escorted convoys traveling on the road from ‘Iraq Suwaydan, from Rehovot, [through] ‘Iraq Suwaydan, Kawkaba and Burayr, to Nir-‘Am where our company headquarters were located. Then an armed group of Arabs situated itself in Burayr and didn’t let us through, so we took a different route, from near Ashdod where Isdud was located, through Majdal, Barbara, Bayt Jirja, to Yad Mordechai. From there we drove to Nir-‘Am. Those were the two routes [we used] until the Egyptian army arrived. When the Egyptian army arrived, it was a completely different situation.

The Egyptian army arrived when we had wiped out all Arab resistance, which wasn’t that strong. It would be an exaggeration to say we fought against the Palestinians… in fact there were no battles, almost no battles. In Burayr there was a battle, there were battles here and there, further up north. But there were no big battles; why? Because they had no military capabilities, there weren’t organized. The big battles started with the entry of the Egyptian army, and those were very difficult problems, especially from May 15th, when we were still an organized army—the Palmach—semi-military. But their soldiers were organized by British methods, they fought like the British. But they had no leadership and they had no motivation. So when they attacked, it was very lousy, they hardly knew how to attack, but they did know how to defend themselves. They knew they were fighting for their lives. But as far as all the rest, it was a fifth-rate army. They had terrible cannons that killed us like hell. They had all kinds of tanks of different types, and they were a problem for us. We didn’t have anything, we had armored vehicles, those fluttering ones that were impossible to fight with, not against tanks and not even against a halftrack, right? But we more or less managed with them.

The villagers’ flight, and I understand this is the main issue here, happened gradually. I only know about what happened from the ‘Iraq Suwaydan road, [through] Majdal, to ‘Iraq al-Manshiyya. We were to the south of this area, and to its north there was the Givati Brigade. The day the Egyptians entered the war, the Negev was cut off and that was mostly our fault, my platoon’s fault… I’ll say more about it later. But that wasn’t significant. The Egyptians’ attacks were significant. They beat the hell out of us and killed us mercilessly.

The villagers’ flight started when we began cleaning these convoy escort routes. It was then that we started to expel the villagers… and in the end they fled by themselves. There were no special events worth mentioning. No atrocities and no nothing. No civilians can live while there’s a war going on. They didn’t think they were running away for a long period of time, they didn’t think they wouldn’t return. Nor did anyone imagine that a whole people won’t return. END_OF_DOCUMENT_TOKEN_TO_BE_REPLACED

Continuing here with Couchoud’s views of second-century gospel origins. Earlier posts, including explanations for the reasons etc for these posts, are archived here. 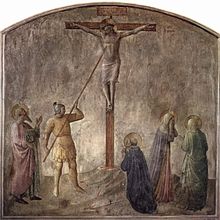 C’s story of John’s gospel begins with a setting in Ephesus, two generations after the feverish hopes for the coming of the Lord that produced the Book of Revelation. The church at Ephesus “preserved the tradition of the pillar apostle who had seen the Lord, for in this lay its claim to fame and to authority.” (p. 223) Apocalyptic enthusiasm had dwindled away and been replaced by a mysticism that experienced Christ as having come in the “here and now” in spirit and in their own flesh. Paul’s teachings about a mystical union with Christ also primary, according to the evidence of “Ignatius” in his letter to the Ephesians, so much so that Paul’s concept of baptism as symbolic of death and burial had been superseded by the idea of baptism as a principle of a new life in Christ, with eternal life being granted at the moment of emerging from the real “water of life”.

These Christians were “born again” here and now and forever. They lived here and now in Light and Life. They could see and touch here and now the miracles of that divine life in full joy and love. The love was, however, a cultic love for their own brethren and worshiped spirits and not for the world. The prophets were revered, but also tested to see that they were not false and that they carried the same teaching of Christ having come now in the flesh.

They rejected the Marcionites and original teaching of Paul that Jesus had come only in the form of a man. Christ’s body was mystically both heavenly and human flesh and blood. Being heavenly Jesus was not, as Matthew said, born through a woman. The logical impossibility of being both spirit and flesh at one time in one body was resolved by mystic illumination that passes rational understanding. END_OF_DOCUMENT_TOKEN_TO_BE_REPLACED