I’ve had a lucky chance to be in Hanoi right now. (The observant might have noticed my last 3 posts all scheduled in advance to appear at same time each day.) it’s nice to see the United Nations honoured here — as it is also in Cambodia — with national and UN flags together adjacent images of handshakes and doves.

The UN has had a rough trot since the Security Council has become the plaything of just one superpower. It’s like old times seeing nations like Vietnam and Cambodia still hoping for something of worth through the UN.

What would it take to have a system where the General Assembly had the real power over war and peace instead of the inSecurity Council? Too daunting for me to think about realistically.

But something has gone wrong somewhere when one sees the UN so often ignored or rejected or criticised in a rich exploitative nation which is my own nation, and honoured in countries we used to see as alien. 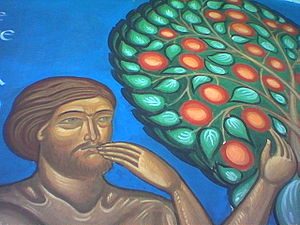 Then God said, “Let Us make man in Our image, according to Our likeness; END_OF_DOCUMENT_TOKEN_TO_BE_REPLACED