James McGrath, biblical scholar, historian and Christian, has written that historical studies of Jesus cannot explain what happened that gave rise among early Christians to the belief in the resurrection. Whatever they experienced — and clearly he believes the evidence confirms that they certainly experienced something unusual — is beyond the ability of history to explain. The reason is, simply, that history deals with “the ordinary” (to use McGrath’s words), and the resurrection is not an ordinary event.

Result: Historians must simply not touch this topic of the resurrection. They cannot. It is left to be a mystery. One of the unexplained or unanswered questions historians so often have to face. McGrath in blog comments has literally insisted that this “inexplicable” is no different from a host of other questions historians in any field cannot answer! I suggest that historians in other fields do not construct models that can only be explained by a miracle.

But John Dominic Crossan has written that this approach (and McGrath is representative in this of very many of his peers, I am sure) is unethical. Before citing Crossan, here are McGrath’s words from The Burial of Jesus: History and Faith END_OF_DOCUMENT_TOKEN_TO_BE_REPLACED 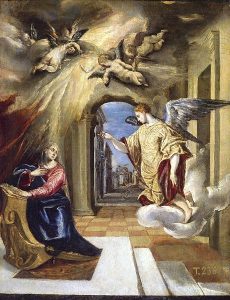 It is commonly said that the miraculous events in the Gospels concerning Jesus do not diminish the historicity of Jesus or his story because ancient historians and biographers also regularly narrated tales of the miraculous in connection with famous people we know for a fact to have been historical.

This is a misleading claim. The way in which the miraculous tales were told of people we know to have been real is generally very different from the way similar myths are narrated in the Gospels. I give one example here.

One of the first books I read when beginning my quest to understand Christian origins was The Birth of Christianity by John Dominic Crossan. In that book Crossan compares pagan biographies of emperors (Augustus, Tiberius) with the Gospels as sources of historical information. The assumption is that the Gospels themselves are entitled to be read in a way comparable to how nonbiblical historians read ancient documentary evidence of other famous persons.

Crossan compares the miraculous birth of Augustus “recorded” by an ancient historian to that of Jesus in the Gospels. The point is to demonstrate that such a clearly mythical tale told about the origins of an emperor is something we can expect in ancient biographies of real people.

Suppressing the facts to make a false comparison

But in order to present this comparison Crossan has to suppress information from the consciousness of the reader. If a less educated reader who has not read the works of this ancient historian (and Crossan has many lay readers who fall into this category and is clearly conscious of them when he writes) that reader would be left with the false impression that the ancient historical biography is indeed comparable to the Gospels when they tell of Jesus’ birth.

Here is how Crossan identifies a miraculous tale in the Gospel of Luke with a similar miracle found in an ancient historical writing of a known historical figure (my emphasis): END_OF_DOCUMENT_TOKEN_TO_BE_REPLACED