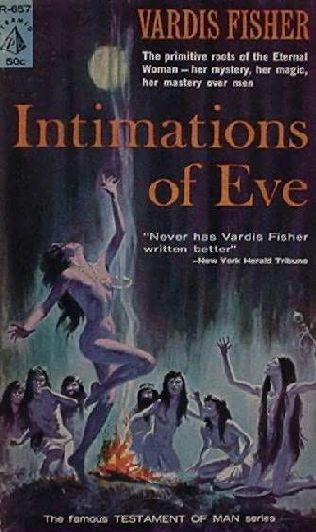 I have begun to ready my second Chris Hedges book, this one, I Don’t Believe in Atheists, and have even more deeply mixed feelings about it than I had for American Fascists. It was not what I expected. I had expected a more philosophical treatise about atheism per se, but it’s nothing like that. I agreed with just about every criticism he makes of Sam Harris, and with a number of his criticisms of Chris Hitchens. I was particularly pleased to see Hedges refer to Robert Pape’s research (Dying to Win) debunking the myth linking suicide terrorism with a particular race or religion. (Suicide bombers have included Christians, Buddhists, socialists as well as Muslims – and the reasons for it are despair in the face of tyranny/evil, not religion. See also Ghassan Hage, Against Paranoid Nationalism.) Hedges casts his rhetorical net far too wide, however, in his interpretations of the writings of Daniel Dennett as some form of intolerant “new atheism”, and is certainly tendentiously selective in his treatment of the Enlightenment.

But I do find myself in strong sympathy with one of his themes in particular, on condition that I can change one key word. Hedges speaks of “sin”. I would substitute “evil”.

Evil seems a more universal reality, sin strikes me as a particular cultural and religious concept that itself has been responsible for much evil. I fully agree with Hedges that the human species is not advancing morally. What is advancing, with however many reversals, are some aspects of our social evolution through which we have learned to modify and control some of our more destructive natures.

But evil can only come of seeing evil in others and not in ourselves. Waging a war on “evil” (equating it with terrorism) is only perpetuating the bloody evil at the root of “terrorism” in the first place.

Zimbardo’s book, The Lucifer Effect, is worth a read to remind us, according to its subtitle, “how good people turn evil”. He shows how normal healthy everyday people can so quickly turn into the very image of psychopathic and sadistic monsters in their treatment of others.

I fear that thinking in terms of “sin” only opens the door of religious faith for certain people to think they can be completely absolved from sin, meaning they are free from the same propensity for evil that we all share. Born again Christians have been known to launch wars of aggression. And as per the Nuremberg principles, “To initiate a war of aggression, therefore, is not only an international crime; it is the supreme international crime differing only from other war crimes in that it contains within itself the accumulated evil of the whole.”

It’s been a mistake (understandable, of course, but still a mistake) since the Second World War for media and leaders to regularly sign up to any opportunity to demonize Hitler and the Nazis. (And any other monsters you might prefer to think of.) There was outrage with the film Downfall a few years ago because it showed the human side of Hitler. He was shown as a man with normal human compassion, sensitivities, loves, feelings, like the rest of us.

This is a mistake because it enables us to deny the facts of our common humanity. Hitler really was one of us. We are all the same basic nature. Sure, some of us wish others had some curative lobotomies or brain-cell laser treatment to make annoying and malicious people “more like us”, or just more “normal”. Yet of course all such variations of propensities and predispositions is part of the collective human experience. It’s hard to recognize the range of our real natures when ensconced in modern state-controlled environments, with the benefits of enlightened education and relative prosperity. We are a bit like our pet dogs that seem to have been part and parcel of our evolution. Domesticated, they know how to behave. They are nonetheless by nature wolf-pack animals, and we know what our pet topsies can become when they escape outdoors to join a pack of their own kind.

What fascinated and disturbed me when I saw the film of Eichmann’s trial was the undeniable fact that I was watching a man who was like me and my colleagues. The banality of evil, etc. What is the difference between those who snuff out thousands of civilians with an atomic bomb (to save the lives of their soldiers) and the Nazi officer who shoots half a dozen villagers (to save the lives of his soldiers)? I suggest it is only personal circumstances and conditioning experiences. Is this also enough to explain those who oppose the evil of both?

Recognizing the dark side of  our common humanity — this is the horror that hits home when we understand Hitler. Demonizing him is a denial of our real natures.

One word, I suspect, in Chris Hedges’ book prompted me to write this now. He spoke of the Weimarization of the United States. The alienation and disillusionment of the public in relation to the political processes. Coincidence, of course, but I recently linked to an interview by Chris Hedges with Noam Chomsky who spoke of the same thing. A warning.