The strangest thought hit me while sight-seeing yet another Buddhist shrine or worship area – this time in the Ancient Siam park (official site still calls it The Ancient City). Attached to (certainly nearby) probably every Buddhist public temple area is a place where one can buy appropriate offerings (such as flowers, prayer sticks, candles) to place around the statues. The people behind the tables selling these items are clearly not the main pillars of the establishment rituals. They are certainly not the clerics — whether monks, priests, or whatever. And they always convey the happy and peaceful spiritual demeanor appropriate to the place of worship.

I tried to imagine Jesus storming up, violently wrecking their stalls and roaring accusations of overpriced lotus petals.

The thought made so much sense of the argument of those scholars who have complained that Jesus’ supposed attack on those who sold offerings for the Jerusalem temple does not strike one as an action of the most rational of men. Why attack the “little guys”? What did this have to do with “the system” that he was supposedly seeking to address? Apart from those pressing around the immediate vicinity, who would have noticed, anyway, in such a crowded, noisy place that was off-centre stage anyway? And what would even those relative few have thought of someone committing such a destructive and out-of-control act? 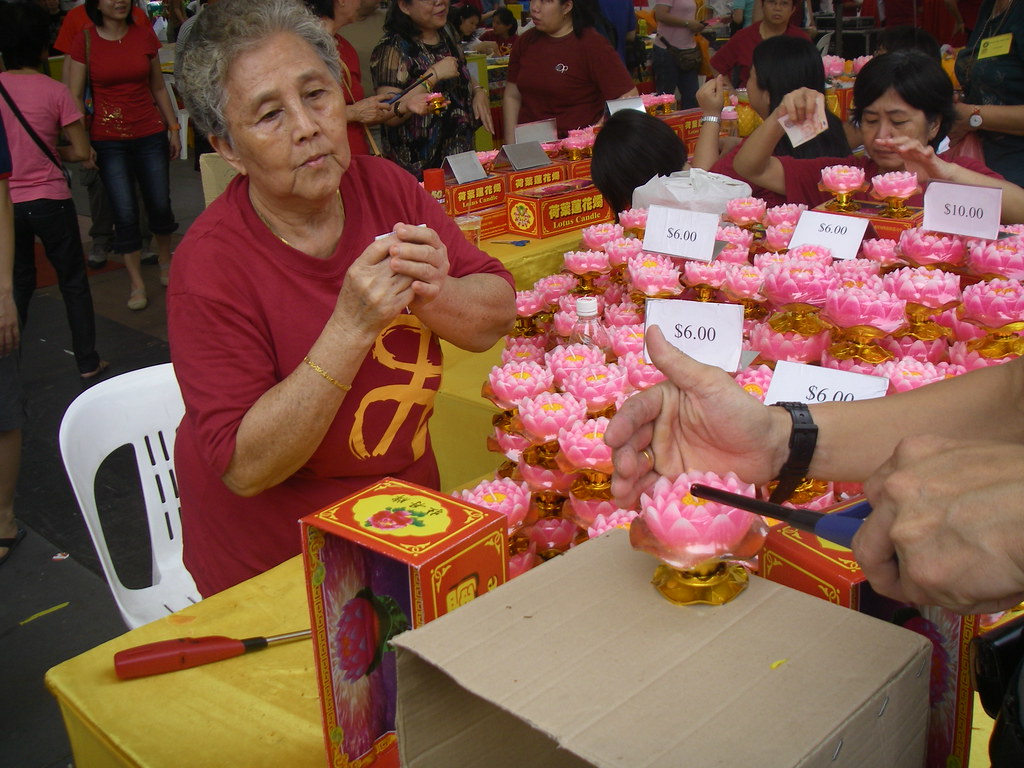 Note the outrageous $6 price tag for a cheap lotus flower candle and fantasize Jesus descending to scare the daylights out of that greedy, money-hungry elderly lady lotus-candle-flower seller. Of course, it helps if you re-image the scene to anti-semitic stereotypes.

As Vardis Fisher remarked in relation to his novel, Jesus Came Again: A Parable, the story gospel makes no sense as history. It only works as a parable.

Even Jesus Seminar founder, Robert Funk, warned that any event that can be explained as a fulfillment of prophecy has its explanation. If there is no other evidential reason or support for the reality of an event, then it is simplest and most reasonable to accept that the author created the event to demonstrate the prophetic fulfillment.

Come to think of it, isn’t the very existence of Jesus told as a prophetic fulfillment? But consistency has rarely been a strong point among scholarly arguments relating to “explaining the history” behind the Bible.

King Arthur really does have a lot to say

Hector Avalos nearly hit the nail squarely on the head in The End of Biblical Studies when he drew detailed attention to the frequently made rhetorical case of the historicity of King Arthur as a comparison for evidence for the historical Jesus. Avalos showed that the fact that we have some of the most detailed narratives of King Arthur’s words and deeds means nothing against the other fact that there is squat evidence for the existence of Arthur himself.

Most of us are happy to credit “astonishingly” creative powers to the imaginations of authors of a medieval romance or a book of Mormon, but a significant number of biblical scholars seem to balk at the suggestion that a gospel author could write any of our stories of Jesus with anything but a “tradition” that can “only” have been derived ultimately from some “eyewitness report”. Not even similar miracle stories on the part of Elijah could be enough to stimulate any imagination to create a variant in a different setting.

I said Avalos “nearly” hit the nail on the head. He failed to address the simple logical fact that a single narrative can never be assumed to be either historical or fictional unless we have some reason that is external to the narrative itself to confirm it either way.

Every parent finds some occasion to teach a child not to believe everything they hear or read. Legal systems are built around the testing of all witness claims and evidence. Elementary philosophical classes distinguish between what we can “know”, what we can “believe on reasonable grounds”, what we “believe on faith”, etc.

But when I quote the simplest and most obvious principle that historians need to be sure they corroborate a narrative before assuming it points to historical persons or events, a liberal Christian biblical scholar (James McGrath) objects that the particular historian I quote is “a communist” and therefore even his historical methods are not to be trusted. Another biblical scholar who boasts of methodological “independence” from faith or religious interests (James Crossley), but who nonetheless makes the same basic methodological error of assuming the historicity of the central character of a narrative without corroboration, complained that I had “spectacularly” misrepresented his work when I demonstrated his commission of the same fundamental error — despite using other work by the same historian. (I am still waiting for his reply to my request that he support his complaint.) END_OF_DOCUMENT_TOKEN_TO_BE_REPLACED