Why does the Gospel of Mark, generally agreed to be our earliest gospel, introduce Andrew as an equal to Simon Peter at the time Jesus calls them both but then drop him from the lime-light for most of the subsequent narrative?

I have always felt a bit sorry for Andrew. He seems to have been elbowed out by the other three, Peter, James and John, whenever Jesus wanted to share something special with his inner-circle. James and John could always be included as brothers, so why was Peter’s brother left out at special events like

Even when Jesus ordained his special band of Twelve he gave James and John a collective title, “Sons of Thunder”, but dropped Andrew to fourth place as if he was no longer kin to Peter.

So if Andrew was not to play any meaningful role, even as a hanger-on, with Jesus in the Gospel what was the point of him starring in the scene of the very first call?

Now as [Jesus] walked by the sea of Galilee, he saw Simon and Andrew his brother casting a net into the sea: for they were fishers. And Jesus said unto them, Come ye after me, and I will make you to become fishers of men. And straightway they forsook their nets, and followed him. (Mark 1:16-18)

Andrew’s response to Jesus’ call was no less admirable than was Peter’s.

There is one exception after this call where the Gospel does give Andrew a place beside Peter, James and John. For the first time since the opening scenes of the Gospel when Jesus called these four do we see them all performing together:

And as [Jesus] sat upon the mount of Olives over against the temple, Peter and James and John and Andrew asked him privately, Tell us, when shall these things be? and what shall be the sign when all these things shall be fulfilled? (Mark 13:3-4)

I have finally come across an explanation that just might make sense of this and give some well-deserved consolation to Andrew. (Regular readers know I’m currently reading Karel Hanhart’s The Open Tomb and will suspect this is my source. They will be correct.)

END_OF_DOCUMENT_TOKEN_TO_BE_REPLACED

Here beginneth the lesson. The Gospel of Mark, chapter 10, verses 46 to 52, in the original King James English:

And as [Jesus] went out of Jericho with his disciples and a great number of people, blind Bartimaeus, the son of Timaeus, sat by the highway side begging.

And when he heard that it was Jesus of Nazareth, he began to cry out, and say, Jesus, thou Son of David, have mercy on me.

And many charged him that he should hold his peace: but he cried the more a great deal, Thou Son of David, have mercy on me.

And Jesus stood still, and commanded him to be called.

And they call the blind man, saying unto him, Be of good comfort, rise; he calleth thee.

And he, casting away his garment, rose, and came to Jesus.

And Jesus answered and said unto him, What wilt thou that I should do unto thee? The blind man said unto him, Lord, that I might receive my sight. And Jesus said unto him, Go thy way; thy faith hath made thee whole. And immediately he received his sight, and followed Jesus in the way.

The author of this passage appears to have inserted a couple of clues to alert the observant readers that they will miss the point entirely if they interpret this story literally. It is not about a real blind man who was literally healed by Jesus. But I’ll save those clues for the end of this post. (As Paul would say, “Does God take care for oxen and blind beggars? Or saith he it altogether for our sakes? For our sakes, no doubt, this is written.”) 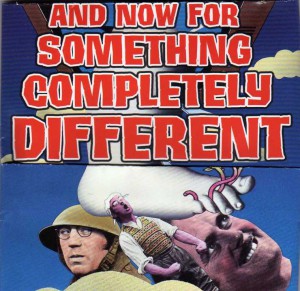 There are many commentaries on this passage and I have posted about Bartimaeus a few times now. But this time I’ve just read something completely different so here’s another one. (Well at least the bit about why Jesus stood still will be different, yes?)

Hanhart, like a few other scholars who also identify Mark’s theme of the Way or Second Exodus in Isaiah, believes Mark is evoking passages such as Isaiah 42:16 END_OF_DOCUMENT_TOKEN_TO_BE_REPLACED 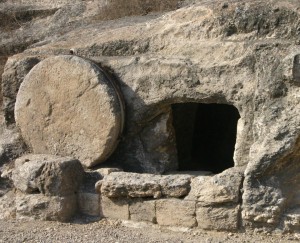 Hanhart points to the following reasons Mark gives readers to enable them to understand that he is not writing a literal history. END_OF_DOCUMENT_TOKEN_TO_BE_REPLACED