The last two from that dimly remembered period in the last century when I was (a) sorting out my investigations into the biblical accounts of the resurrection with an interest in seeing how matching or contradictory they were; and (b) experimenting with new software I had purchased for my primitive Windows PC. 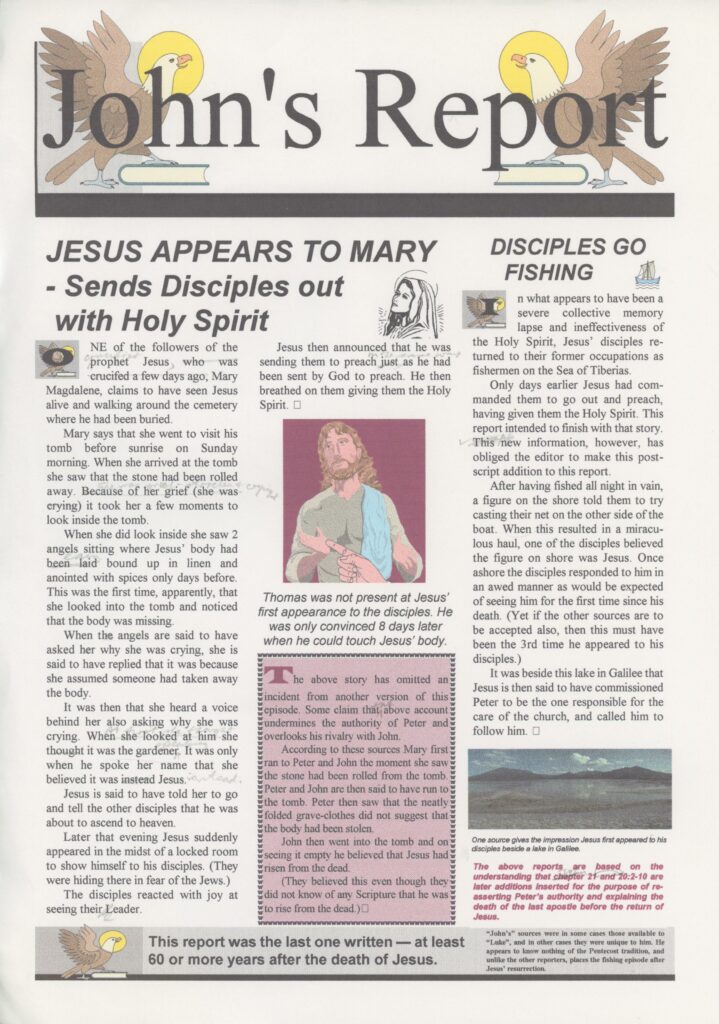 Why I ended up with two by Paul I can’t recall now. Presumably, new info hit me after I wrote up one of them. I have no idea now which was the final one. 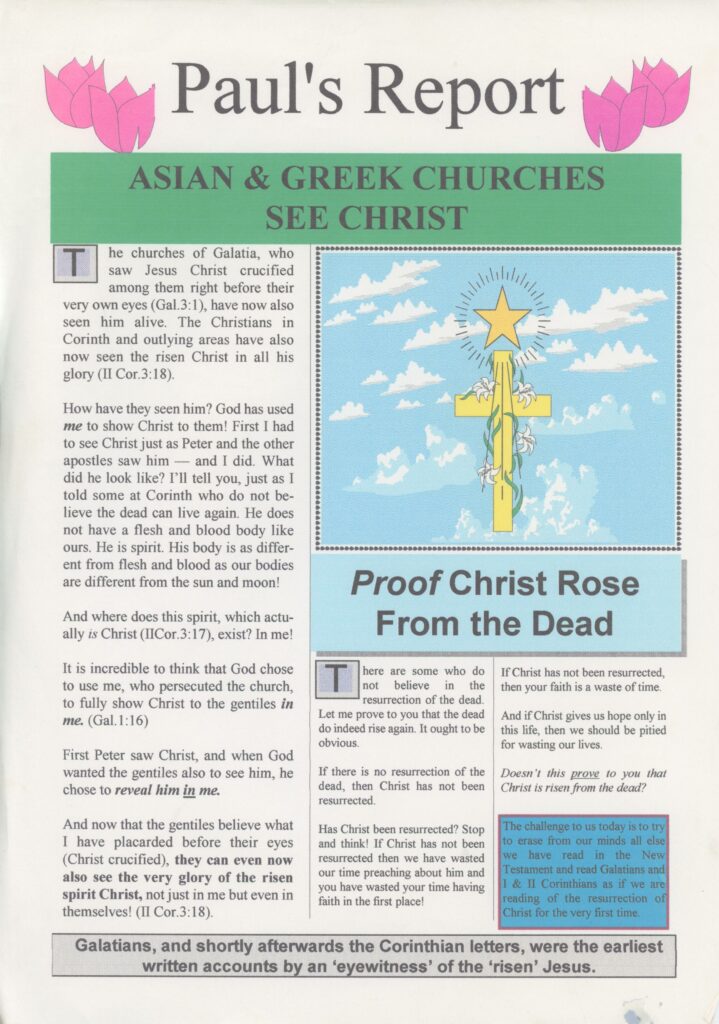 but maybe the one below was first and the realization that Paul could point to eyewitnesses (as above) came later. 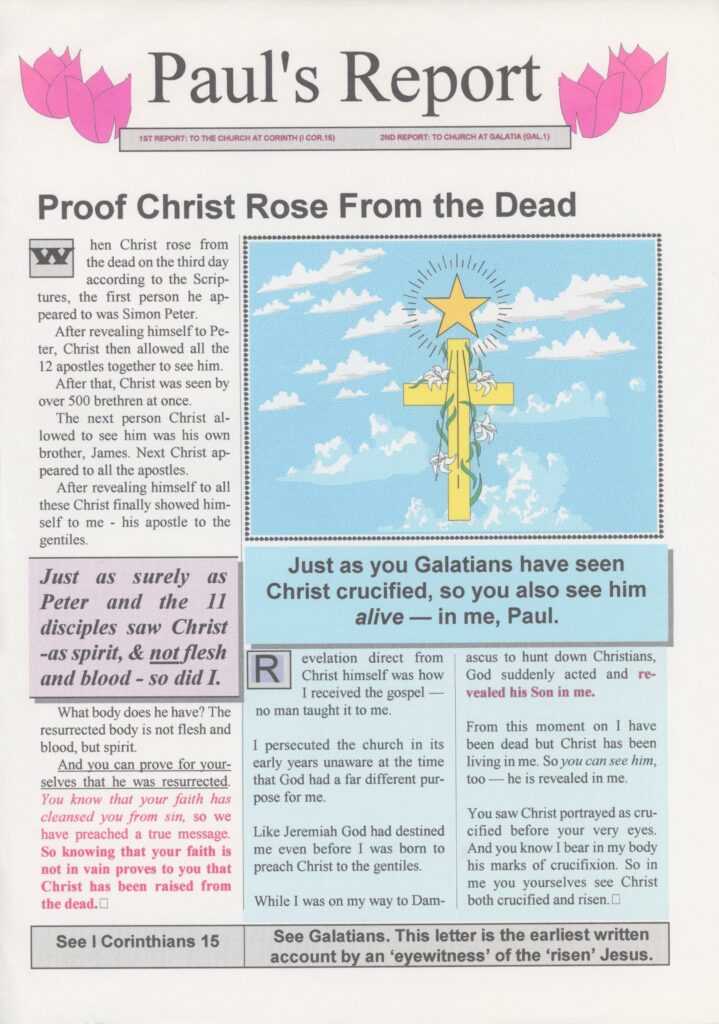 I’m reminded of newspapers I used to mock up when I was a little boy. Maybe I should have been a reporter.

One thought on “Earliest Resurrection Reports — John’s and Paul’s”