From happy slaps on the back for the most solemn day of the Christian calendar . . . .

to understanding the “real” reason he has critics . . . 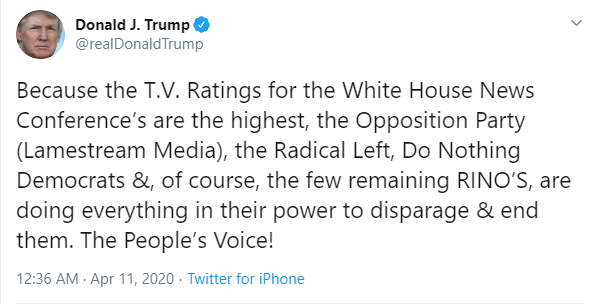 to catching up with ten-day-old news and proving he didn’t even read it anyway . . . 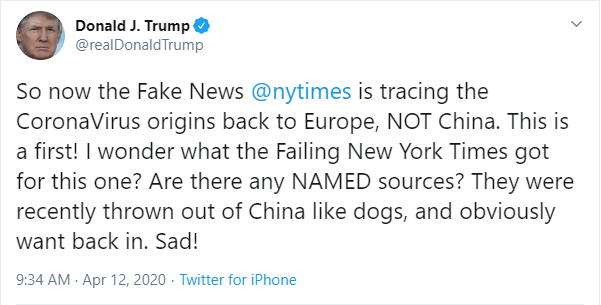 (I first read that “First” news in a 2nd April article of The Intercept: Coronavirus Started in China, but Europe Became the Hub for Its Global Spread. “NAMED sources” in the New York Times article are . . .

to not knowing the difference between bacteria and viruses . . . .

Jesus christ, the man is an idiot . . . . He’s never more stupid than when he pretends to be smart. (PZ Myers)

TRUMP: “Antibiotics used to solve every problem and now one of the biggest problems the world has is the germ has gotten to brilliant that the anti-antibiotic can’t keep up with it. … there’s a whole genius to it … not only is it hidden, but it’s very smart.”

(I have since discovered Susan Jacoby has an article titled Dumbing of America in a 2008 edition of The Washington Post. To bring her point to the level of the Presidency of the U.S. she compared George W. Bush’s “I am the decider” dismissal with F.D. Roosevelt’s invitation for his radio audience to have open maps before them so they could more completely follow his speech. Little could she expect what was to come.)

12 thoughts on “The Dumbing of America”