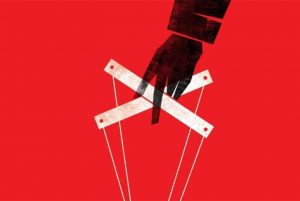 An excellent essay on the role of propaganda in shaping our world-view by Greg Maybury: Inside the Submissive Void — Propaganda, Censorship, Power, and Control. Greg’s post elaborates on some of the points I have often tried to make in smaller forays here, but he covers much more, too.

Brief: The use of propaganda and censorship is more frequently associated with totalitarian, corrupt and/or despotic regimes, not modern democracies in the West. Yet the history of how western governments and their ever-vigilant overlords in the media, financial, and business spheres have controlled the political narrative of the time via these means is a long, storied and ruinous one, going back well before 1914. Along with serving the contemporaneous political objectives of its perpetrators as contrived, such activities often continue to inform our understanding, and cement our interpretation, of history. If as the saying goes, “history repeats itself”, we need look no further as to the main reason why. In this wide-ranging ‘safari’ into the fake news, myth-making, and disinformation wilderness—aka The Big Shill—Greg Maybury concludes that “It’s the narrative, stupid!”

He brings the central theme up to date with references to Google and Facebook. The role of Silicon Valley is something I have yet to study for myself. I have built up a neat little library of materials to read but until I get into them I have to reserve my own judgment on that discussion. I’ll certainly be considering Maybury’s comments as part of that study. Another area I have yet to catch up on is the Robert Ailes factor so I’m glad Maybury introduces that factor, too.

The section of Inside the Submissive Void I responded to most positively was Greg Maybury’s discussion of both the person and work of Alex Carey. I have posted several times on Vridar from sections of Carey’s book, Taking the Risk Out of Democracy, and have always intended to post several more.

One new question (new for me) Marybury raises are two works by Macgregor and Docherty on World War 1. My most recent understanding was that archival documents “proved” Germany’s belligerent intent and responsibility for the outbreak after all — against years of contrary assessments I had long been influenced by. Macgregor and Docherty clearly present a very different picture of the responsibility for at least the prolongation of the war. Now that’s more reading I need to investigate!

It’s a long essay, covering a wide range of the ways our public attitudes, assumptions, beliefs, have been shaped by the few.

Nothing appears more surprising to those who consider human affairs with a philosophical eye, than the easiness with which the many are governed by the few; and the implicit submission, with which men resign their own sentiments and passions to those of their rulers. David Hume, Of the First Principles of Government, 1768.

As I said, it’s a long post, covering many aspects of the question. It’s an excellent starting point for much new reading for me. I suspect others will also find in it much to think about and follow up, too.

Two other, much shorter, pieces that I’ve read recently, leave me in some despair about “whose side we are on”: Traitors to Collective Humanity

That’s the long term bad news. Bad news in the short term Here Are Five Lies About Iran That We Need to Refute to Stop Another Illegal War.

There was something else about the conditions for organized human life on planet earth by the end of the century, too . . . but maybe it’s time to pull out another Monty Python sketch to help us maintain sanity.