I argue that the interpretation of Bayesianism that I present here is the best explanation of the actual practices of historians.

— Tucker, Aviezer. 2009. Our Knowledge of the Past: A Philosophy of Historiography. Reissue edition. Cambridge University Press. p. 134

I have posted aspects of Aviezer Tucker’s discussion of how Bayesian reasoning best represents the way historians conduct their research but here I want to post a few details in Tucker’s chapter that I have not covered so far.

(Interjection: it is not strictly fair to call Aviezer Tucker a “Bayesian historian” because, as is clear from the opening quote, what he argues is that all historians, at least at their best and overall, employ Bayesian logic without perhaps realizing it.)

Tucker includes discussion of biblical criticism in his book but in his chapter on Bayesian methods he unfortunately contradicts himself. The contradiction can best be explained, I think, by appealing to the power of the Christian story to implant unquestioned assumptions into even the best of scholars. I could call that my hypothesis and suggest that the prior probability for it being so in many historians is quite high.

No doubt readers will recall my recent quotation from Tucker:

There have been attempts to use the full Bayesian formula to evaluate hypotheses about the past, for example, whether miracles happened or not (Earman, 2000, pp. 53–9). Despite Earman’s correct criticism of Hume (1988), both ask the same full Bayesian question:

“What is the probability that a certain miracle happened, given the testimonies to that effect and our scientific background knowledge?”

But this is not the kind of question biblical critics and historians ask. They ask,

“What is the best explanation of this set of documents that tells of a miracle of a certain kind?”

No doubt because the question focused on miracles it was very easy for Tucker and countless others before and since to think of alternative hypotheses to explain the stories of miracles that have survived for our reading entertainment today.

But look what happened to Tucker’s argument when he was faced with something that sounded more “historically plausible”:

If witnesses had nothing to lose if they were found to lie and much to gain by it, then the fidelity of the evidence suffers and vice versa. Until 1851, common civil law prohibited testimonies from interested parties, principally litigants. The accused continued to be excluded from testimony until 1898 (Coady, 1992, p. 203). In common law there are few exceptions to hearsay (Coady, 1992, p. 39), mostly when the reliability of the evidence is high because it is counter to the interest of the witness as in a confession, or has no affect on its bearer, for example death bed confessions (Friedman, 1987). Death bed confessions are not helpful for historians under all circumstances because though dying men do not fear punishment in this world, they may still want to determine their historiographic legacy.

Murphey (1973, pp. 59–63) followed New Testament scholarship in considering the four gospels to lack sufficient fidelity as evidence for most hypotheses about the life of Jesus. A notable exception is the hypothesis about the baptism of Jesus by John the Baptist. The evidence for this event has higher fidelity because it is inconsistent with the purpose and bias of the authors of the gospels to present Jesus as divine, a messiah that does not require baptism by a lesser prophet.

(Tucker, pp. 128f, my formatting and bolding in all quotations)

Woah, there, Aviezer! Sometimes even the best of  teachers makes a little slip. Thirty pages earlier you rightly pointed out that the correct historical question to ask is how to explain the evidence. The historian has no access to John the Baptist or anyone else in the past but only has access to the textual or other evidence itself. It is that evidence that needs to be explained. This point is easy to see when the report is about a miracle but somehow we all too easily slip up when talking about an event so ingrained in our cultural heritage that it seems as real and “there” as the air and sun.

To rephrase the earlier passage. It is not the researcher’s task to ask

What is the probability that John the Baptist baptized Jesus. It is to ask, What is the best explanation for this gospel that

Certainly we can see later authors changing that original episode in ways that indicate that it was not, as originally told, in their interests. Matthew introduced a little apologetic exchange so that Jesus explained it was, more or less, just for the appearance of doing the right thing; Luke shelves the baptism to a belated afterthought and stripped of all details; and John ignores it entirely. (So much for the common assertion that the event was “too well known” and that’s why the evangelists could not ignore it. Luke almost did ignore it and John most certainly did.)

Now, how likely is it that the first account of Jesus’ baptism would come to us as it does if it were an author’s attempt to involuntarily confess that Jesus really had been baptized by his inferior?

If we conclude that, ah ha!, that’s exactly how an author would frame and present the baptism if he wanted to somehow put the best spin on it, then that’s one explanation. Now we need to find supporting evidence. Supporting evidence that we might expect could include other evangelists agreeing with Mark and saying, “Yeh, he sure put a good spin on that event. We’ll follow him or add more to it to make it even better.”

On the other hand, we can equally say that the baptism scene in Mark is exactly what we would expect if an author was part of a literary culture that emulated past events and texts in adaptations that created new stories to serve new functions, and we can see other evidence in Mark’s gospel that that’s exactly what he has done.

So how might we decide between the former who believed Mark “midrashically” spun the baptism event to cover his embarrassment and the latter who found the midrashic retelling to be consistent with his larger aim and manner of story creation? I think that’s easy. The latter one does not need to appeal to untestable and unnecessary motives of an author whose identity we know nothing.

I like Aviezer Tucker’s book but luckily for this little slip up I have been warned that he is another fallible human like everyone else (except Jesus) so I have no excuse for idolizing him and blindly hanging on his every word. 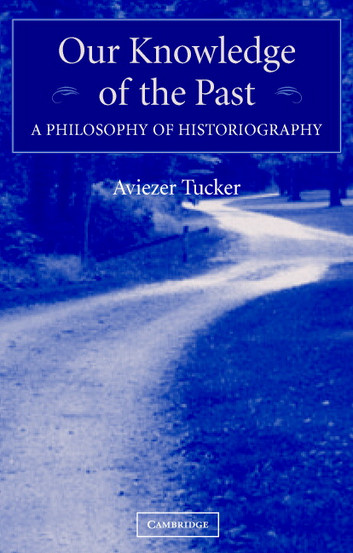 6 thoughts on “Even a Bayesian Historian Can Slip Up! (once)”