Man is essentially more rational than irrational when he has access to adequate knowledge. When issues are clearly understood, a generally sound judgment is in evidence. The tragic fact remains, however, that he still lives in a world which seldom allows him the full information he needs to display consistently rational behavior. . . . The American man in the street is, as Childs contends, the most propagandized person of any nation . . . (Meier 1950:162)

Nor do other nations that have come increasingly under the influence of the United States have room for complacency and future posts will look at instances where American propaganda techniques have become established in other countries.

Propaganda in a democracy has been most commonly channeled through commercial advertising and public relations.

In the United States over a very long time now these methods have been honed by incomparably more skill and research than in any other country. In the 1940s Drew Dudley, then chief of the Media Programming Division of the Office of War Mobilization and Reconversion, not only observed with satisfaction that ‘advertising is peculiarly American’, but added on a note of (perhaps rather less well founded) pride that ‘Hitler … employ[ed] the technique of advertising during the pre-war and war years, frequently referring to America’s advertising in glowing and admiring terms in Mein Kampf, and later utilising advertising’s powerful repetitive force to the utmost’ (Dudley 1947:106, 108, cited in Carey 1997:14).

Recall Jacques Ellul’s definition from the previous post to keep in mind what is at work through these media:

Propaganda is the management of collective attitudes by the manipulation of significant symbols.

There are certain characteristics of American society that has made it particularly fertile ground for the creation of durable emotional symbols charged with power to manipulate public attitudes. 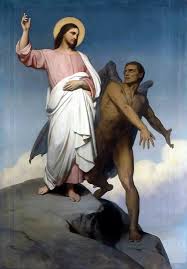 One of those characteristics is the historical predisposition of American society to fall in line with a dualistic or Manichean world-view.

This is a world-view dominated by the powerful symbols of the Satanic and the Sacred (darkness and light). A society or culture which is disposed to view the world in Manichean terms will be more vulnerable to control by propaganda. Conversely, a society where propaganda is extensively employed as a means of social control will tend to retain a Manichean world-view, a world-view dominated by symbols and visions of the Sacred and the Satanic. (Carey 1997:15)

Another quality is the pragmatic orientation of US society.

This is a preference for action over reflection. If the truth of a belief is to be sought in the consequences of acting on the belief, rather than through a preliminary examination of the grounds for holding it, there will be a tendency to act first and question later (if at all — for once a belief is acted upon the actor becomes involved in responsibility for the consequences and will be disposed to interpret the consequences so that they justify his belief and hence his action). If it is that American culture, compared with most others, values action above reflection, one may expect that condition to favour a Manichean world-view. For acknowledgement of ambiguity, that is, a non-Manichean world where agencies or events may comprise or express any complex amalgam of Good and Evil — demands continual reflection, continual questioning of premises. Reflection inhibits action, while a Manichean world-view facilitates action. On that account action and a Manichean world-view are likely to be more congenial to and to resonate with the cultural preference found in the United States. (Carey 1997:15)

END_OF_DOCUMENT_TOKEN_TO_BE_REPLACED

There was of course no way of knowing whether you were being watched at any given moment. How often, or on what system, the Thought Police plugged in on any individual wire was guesswork. It was even conceivable that they watched everybody all the time. but at any rate they could plug in your wire whenever they wanted to. You have to live – did live, from habit that became instinct – in the assumption that every sound you made was overheard, and, except in darkness, every movement scrutinized. (George Orwell, 1984, Chapter 1)

Our world, sixteen years after 11 September 2001, has changed dramatically in both subtle and obvious ways. We scarcely notice one of the most all-encompassing changes, namely the loss of privacy in almost every facet of our lives. Cameras track us everywhere we go. Our credit card payments betray our every purchase. Our cell phones share our GPS locations. We voluntarily tell people where we are, where we’re going, what we’re eating, and what we’re thinking on social media platforms.

Mostly, we relinquished our illusion of privacy without a peep. Our language shows the voluntary nature of our loss: We share with people, and simultaneously, we share with our governments. Once upon a time in the West, we trusted our governments to spy only on suspects. If they gathered enough evidence, they might arrest those suspects. But now our governments “surveil” those whom it deems “persons of interest.” If those persons act “suspiciously,” they may be “detained.”

Presumably, we allowed these changes to occur because of 9/11, specifically, because our intelligence agencies had failed. Surely, if a small band of terrorists could bring down skyscrapers in Manhattan and strike the Pentagon, someone must have failed somewhere. We can’t deny that. But exactly where did that failure occur? END_OF_DOCUMENT_TOKEN_TO_BE_REPLACED