How remarkable that some scholars find confirmation of the literal fundamentals of the Christian faith in their erudition. One of these is emeritus professor Larry Hurtado who would appear to have found proof of the resurrection of Jesus. Of course it is difficult for a scholar who insists that his religious faith does not undermine his scholarly integrity to express conviction that an academically rigorous analysis of the evidence demonstrates the near-certainty of the resurrection, so the point is expressed in reverse. One cannot say that the resurrection of Jesus explains the evidence, but one can say that the followers of Jesus had overwhelmingly experienced something that they came to believe was evidence for the resurrection of Jesus. Scholars are happy, thereby. The sceptics can supposedly free to attribute psychotic problems to the disciples. But the believers know what is being said. And his recent audience at Perth’s Trinity Theological College who “commissioned” Hurtado to deliver his address certainly believe in the literal and bodily resurrection of Jesus.

So what is the proof?

It lies in they way two Old Testament texts — Psalm 110 Isaiah 45:23-25 — were interpreted by the “earliest believers in their efforts to understand and express their experiences and convictions about Jesus and God.”

We are hit with a series of descriptors to lead us to interpret whatever is coming as “curious”, “strange”, “astonishing”. That is, whatever is about to come has a strong emotive force — not unlike something that the earliest believers themselves supposedly felt when they encountered something strange in need of explanation.

it is a curious fact that neither [OT passage]seems to have been particularly prominent in “pre-Christian” Jewish tradition.

Of course we are all aware that the passages are found to be of interest in the pre-Christian Jewish tradition, but Hurtado dismisses those inconveniences on the grounds that they are “not necessarily persuasive” and amount to “only a couple” of instances. So we are allowed to dismiss evidence to the contrary of our theories if we only see it “a couple of times” and can dismiss it as “not necessarily persuasive”. True believers are apparently permitted to accord themselves little perks like this in debates.

each of these OT texts receives a remarkable and highly innovative interpretation/usage in the NT texts.

Note that. There is no merely “new” or “deviant” or simply “innovative” interpretation of texts when it comes to the early Christians. No, their new interpretations are “highly” innovative, even “remarkable”.

In an astonishing reading, in vv. 9-11 the OT text is drawn on to portray a universal submission to Jesus as Kyrios, thereby bringing glory to the one God (the Father).  That is, an OT passage that emphatically declares the sole supremacy of the one God is drawn on to declare a dyadic obeisance, to Jesus and to God.

The earliest Christians “astonish” us — scholars included! Their resurrection experience is being relayed to us all by some form of wave emotion. And of course, the OT is interpreted most dogmatically (or is that word pejorative? should I say “emphatically”) that God is a single entity, period. So let all those radical scholars who disagree be shut outside the door. And yes, Hurtado does have his critics on this point, despite his efforts to inform the public that they are somehow behind the eight-ball. (Recently I spoke to a linguist here at the campus where I work and I asked him about the status of Chomsky’s ideas in the field today. Unlike a good many biblical scholars he did not tell me that what he personally believed as if that were the only story worth listening to. He began with, “It depends on who you talk to!” Yes, he did then give his own view — but made it clear that it was his and his was one among several. How many biblical scholars prominent in the public domain are like that?)

So, what could have prompted these radically innovative readings of these OT texts in earliest Christian circles?

The argument avalanches. It is no longer merely “highly innovative.” It has now become “radically innovative”!

And what is the answer to that question? END_OF_DOCUMENT_TOKEN_TO_BE_REPLACED 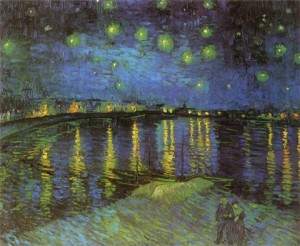 We surely need a new narrative to replace the nationalist and socialist narratives that have fueled the histories we have been taught, read and watched on film. And it looks like someone with money and interest has spotted one such narrative to give us a new perspective on where we are and where we’ve been.

gives students a wide-angle look at the universe and humanity’s presence on the cosmic timeline, by combining the sciences, history and economics into one cohesive story.

Check out the Macquarie University’s description of the course:

Big History is the attempt to understand, in a unified and interdisciplinary way, the history of the Cosmos, Earth, Life and Humanity. Big History is ambitious – it seeks understanding by bringing together and linking the knowledge available in many different scholarly disciplines.

Further details on how Bill Gates has become involved