In 2011 Roger Parvus posted a series here arguing that the letters of Ignatius were in fact composed by a follower of a breakaway sect from Marcionism. Roger’s thesis builds upon ideas advanced by earlier scholars that the letters of Ignatius show signs of the teachings of someone closely related to Marcionism, such as Apelles, a former disciple of Marcion. Roger also revisits and develops an idea that first appeared a century ago in scholarly publications that the author of the original letters was in fact that colorful character Peregrinus, the subject of a satire by Lucian.

Since then, Roger has nuanced some of those posts, and I also have learned a little about more effective ways to present lengthy posts in a relatively quick-and-easy-to-follow layout on a blog page. So I will be posting a new series of the revised version of Roger’s posts over coming months. I will also add another easy-reference index page in the right-hand margin similar to the one I have set up for Earl Doherty’s responses to Bart Ehrman.

THE LETTERS SUPPOSEDLY WRITTEN BY IGNATIUS OF ANTIOCH

I am genuinely grateful to Neil for allowing me to present on his blog a series of posts explaining my theory about the letters commonly attributed to Ignatius of Antioch. It should be understood that his permission does not imply that he concurs with the theory or any part of it. These posts will be a condensed, revised version of the main arguments contained in my self-published book A New Look at the Letters of Ignatius of Antioch and other Apellean Writings.

In particular I will argue

The authenticity of the letters has been questioned by many in the last three hundred years . . . Christian pseudepigraphical writing was not rare.

By way of preliminaries I would first point out that the kind of scenario I am proposing for the letters should not be dismissed out of hand. The authenticity of the letters has been questioned by many in the last three hundred years.

And it is a fact that there exist versions of them that are acknowledged as spurious by all (e.g. the longer recension of the letters) and that early Christians at some point composed entire Ignatian letters that all scholars recognize as spurious (e.g. the letters of Ignatius to Mary; and to Hero; and to the Tarsians). It is likewise a fact that already in the second century many Christians, with perhaps the best of intentions, were engaged in less-than-straightforward literary efforts. Christian pseudepigraphical writing was not rare and even produced works that made it into the New Testament.

The scenario I am proposing for the Ignatians is similar. I am proposing that some letters written by Peregrinus were later reworked, so that the lofty sentiments they contain would be safe and suitable to inspire other Christians facing persecution by the state.

His name would have to be removed . . . [It was] replaced with the name of a martyr mentioned by Polycarp . . .

Peregrinus was, for a time, very popular with his Christian brethren and he composed a number of written works for them. But eventually he was caught in an infraction for which they expelled him. He abandoned Christianity and embraced the Cynic discipline. So, if any of the writings of this near-martyr were later to be salvaged for use by the proto-Catholics, his name would have had to be removed from them and their true provenance disguised. I maintain that his name was removed from some letters he wrote and replaced with the name of a martyr mentioned by Polycarp in chapter nine of his Letter to the Philippians: Ignatius.

I want to also point out that my theory should not be summarily dismissed on the grounds that a 145 CE date of composition for the original letters is clearly too late. Eusebius, in the fourth century, was the first to claim that the letters were written in the reign of Trajan (98 – 117 CE). A number of scholars have recognized that his dating is untrustworthy, and that the letters should be dated later. To give some recent examples:

So I am hardly alone in abandoning the Eusebian date.

Finally, I want to acknowledge up front that my Ignatian theory is basically a combination and development of ideas first put forward by others.

It occurred to me that Apelles held a number of quite distinctive doctrines and that, if indeed the letters were written by Apelles or a follower of his, traces of those doctrines might still be detectable in them. My decision to follow up on Loisy’s suggestion was the first step in the development of my theory. 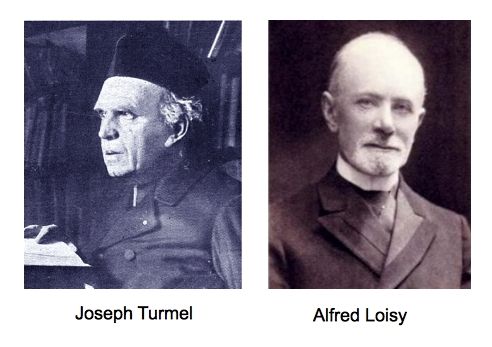 6 thoughts on “The Letters of Ignatius: Originally Written By a Follower of an Ex-Marcionite?”