Dr James McGrath’s technique for slaying mythicism is to mount a snorting charger, grab a sword by the blade and don his full face helmet backwards so he cannot see, and then charge like hell in any direction his angry steed takes him.

He simply chooses not to read what mythicists say. He sees a windmill in the distance that he thinks looks like a silly monster and, without further ado, proceeds to blather some ignorant sophistry that completely ignores reality. But he has a cheering audience among that section of academia (theology) that scholars (e.g. Jerry Coyne and co) in real disciplines think is a bit of a joke.

I hasten to add that I don’t think that all biblical studies scholars are a joke by any means. I would not bother discussing and addressing so many of them and so many of their insightful ideas on this blog if I did. But when it comes to defending the historicity of Jesus — something Bart Ehrman suddenly realized none of his peers had ever thought to do before — well, they have a remarkable propensity for regurgitating circular arguments, question begging, and even outright falsehoods about what either they seem to think mythicists say or even what their own peers have published or both, usually both. END_OF_DOCUMENT_TOKEN_TO_BE_REPLACED 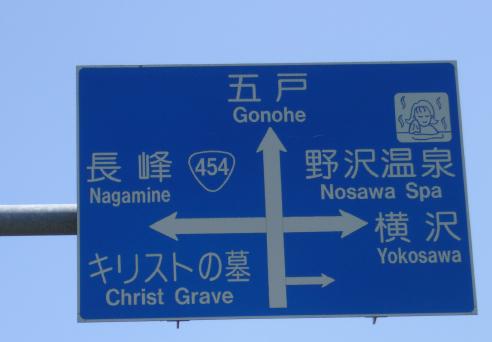 and now for something completely different – – – –

I’m too intrigued by the origins of this set of beliefs, rituals and relics to laugh in disdainful mockery. Though the belief is said to be very old, I wonder how its age can be tested and whether there might be reason to think it all started some time after the seventeenth century Portuguese missionaries. Not that they would have taught this myth, of course. But we do see the way myths do mutate into forms that meet very different needs and functions from their original parents: e.g. Mormonism, Dave Koresh and such on our side; but I’m thinking in particular of nineteenth century’s Hong Xuiquan of China who became the focus of the Taiping rebellion. He set up a “Heavenly Kingdom” declaring himself to be the brother of Jesus. His ideas were initiated after reading some missionary tracts from Seventh Day Adventists, I seem to recall.

Quixie has some interesting photos and a video of a dance-singing ritual with his article.

There’s another article on Jesus in Japan here: Jesus Christ was their ancestor. 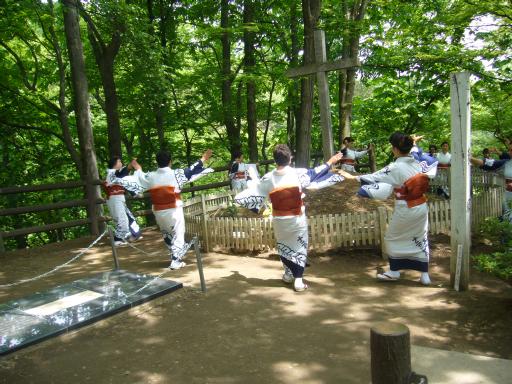