I have decided to do my own review, or series of reflections, on Bart Ehrman’s book. I think it could be worthwhile writing about it through the context of both Richard Carrier’s response to it and Bart Ehrman’s replies to Carrier. It is interesting, perhaps instructive, to see the way Bart Ehrman’s tone has changed in his most recent posts. The context of that change is equally interesting. But let’s start at the beginning — in this case Carrier’s initial reaction.

Richard Carrier expressed the disappointment of many when Bart Ehrman’s book finally appeared:

I was certain this would be a great book, the very best in its category. And I said this, publicly, many times in anticipation of it. It’s actually the worst. . . . I was eagerly hoping for a book I could recommend as the best case for historicity (but alas, that title stays with the inadequate but nevertheless competent, if not always correct, treatment in Van Voorst’s Jesus Outside the New Testament and Theissen & Merz’s The Historical Jesus). I was also expecting it to be a good go-to rebuttal to the plethora of bad mythicism out there . . . .

No doubt many who have favourably considered mythicism agree. We were looking for a serious challenge. But one thing Bart Ehrman made clear in his Introduction was what he thought of mythicism and mythicists. Mythicism is on a par with Holocaust and moon-landing denial (p. 5). Mythicists are driven by anti-Christian agenda and are not interested in historical inquiry for its own sake. They will not be convinced by anything he writes so the rest of the book is not even an attempt to engage with them. It is to inform “genuine seekers who really want to know how we know that Jesus did exist” and the answers will come from scholars who, supposedly unlike mythicists, have no vested interest in the question.

That is the tone Ehrman sets in the opening pages of his book. He is essentially telling mythicists to step outside, or at least to the back of the room, while he talks to those who (unlike mythicists) think evidence matters. This is not the book that mythicists and those who are curious but undecided were waiting for. END_OF_DOCUMENT_TOKEN_TO_BE_REPLACED

What Did Jews Have to Say? 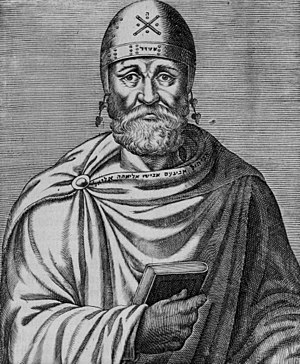 Bart Ehrman, in his survey of the non-Christian witness to Jesus, turns next to the Jewish category. He first dismisses the silence about Jesus in the writings of the philosopher Philo of Alexandria as something unsurprising, since by his death (probably by 50 CE), Christianity had not yet penetrated to Egypt. That may be the case, but this does not mean that a philosopher living in Egypt, just around the Mediterranean corner from Palestine, especially one whose philosophy about God and the mediator Logos was a close antecedent to that of Paul, was completely isolated from news of Judean events, or from new ideas being bandied about in the very field of thought Philo was engaged in.

What we do know from Philo’s writings

Moreover, we know from his writing that Philo was familiar with Pilate and his objectionable activities in Judea. He would not, of course, know about every rebel or criminal executed by the governor, but considering the developments which supposedly followed this particular execution, and considering his interest in the sect known as the Therapeutae to which the early Christian community in Judea would supposedly have borne a strong resemblance, it would not be infeasible for him to have noticed the latter and especially what was presumably being made out of its human founder.

We have writings of Philo up to the year 41 CE, but it could be argued (Ehrman does not) that, even had he taken notice, commenting on that notice was something he simply didn’t get around to doing. The silence in Philo is therefore not overly significant, it’s just another void to add to the overall picture.

But the most important Jewish historian of the era is another matter. Josephus has been a battleground in the ‘clash of titans’ and understandably so. The last half-century of scholarship has focused mainly on whether the passage known as the Testimonium Flavianum in Antiquities of the Jews, Bk.18 contains an authentic original by Josephus which Christians later only made additions to. This is a bandwagon which virtually every New Testament scholar these days has hopped onto, as though the maintenance of an authentic original is seen as crucial to Jesus’ existence.

What scholars used to say

It should be noted, however, that prior to the Second World War, many scholars were quite willing to postulate that Josephus made no reference to Jesus at all. See, for example, Maurice Goguel, Jesus the Nazarene: Myth or History?, p.35 (that both passages can be “suspected of interpolation”); or Charles Guignebert, Jesus, p.18 (“It seems probable that Josephus did not name Jesus anywhere”). The latter, in regarding the Testimonium as a complete forgery, suggested: “It may be admitted that the style of Josephus has been cleverly imitated, a not very difficult matter” (Ibid., p.17).

Who proofread this book? I

Curiously, Ehrman says he will deal with Josephus’ two references to Jesus “in reverse order,” gives us a brief description of the Antiquities 20 passage, then “before dealing with” the mythicist claim that it’s an interpolation, he switches over to the Testimonium in Antiquities 18, calling it the “second passage.” One gets an impression more than once in this book that Ehrman simply went with his first draft, and without benefit of editor.

Though most of the present readers will know this passage like the back of their hands, I’ll give Ehrman’s rendition of it according to “the best manuscripts”:

At this time there appeared Jesus, a wise man, if indeed one should call him a man. For he was a doer of startling deeds, a teacher of people who receive the truth with pleasure. And he gained a following both among many Jews and among many of Greek origin. He was the messiah. And when Pilate, because of an accusation made by the leading men among us, condemned him to the cross, those who had loved him previously did not cease to do so. For he appeared to them on the third day, living again, just as the divine prophets had spoken of these and countless other wondrous things about him. And up until this very day the tribe of Christians, named after him, has not died out. (Antiquities 18.3.3) [DJE?, p. 59]

The problem parts of this passage, as Ehrman recounts them, are well known: END_OF_DOCUMENT_TOKEN_TO_BE_REPLACED