Ken Humphreys posted what I think is a brilliant review of Bart Ehrman’s Did Jesus Exist? on the Freethought and Rationalism Discussion Board, or FRDB, on 5 April. (Or was it first posted on Ken’s own website, JesusNeverExisted?) Steven Carr’s comments alerted me to it on FRDB, and when I read it I was envious. I wanted it posted here, too. So with permission here it is:

The charges thrown at Ehrman in recent years from Christian conservatives – that he is a “sensationalist”, a “misleading” popularizer, who “over-interprets” texts and is motivated by a “hatred of religion” – now, in his latest book, he hurls further down the food chain. It is not he but the mythicists who deserve these tags. In Ehrman’s eyes the “colourful ensemble” of mythicists merge seamlessly with conspiracy theorists, holocaust deniers and internet junkies in a “global cottage industry” of dangerous pseudo-scholarship (it was a mythicist, don’t you know, that influenced Lenin – that’s how dangerous is mythicism).

Ehrman, peerless scholar of New Testament texts, has dragged himself away from more favoured concerns to draw a line in the sand on the question of Jesus. No, he is NOT a mythicist himself, the direction towards which all his books pointed and as many of his fans were beginning to think. “No, no – Jesus most certainly existed” – a mantra Ehrman repeats endlessly – and was, (Christians please note), “the most important figure in the history of Western civilisation” – a statement scarcely true if, as Ehrman argues, the “man” was a parochial and deluded doom merchant, hostile to the family and fond of prostitutes and drink who was summarily executed after a two-minute trial before Pilate. In this book the professor from North Carolina provides cold comfort for any of his Christian fans and his arrogant dismissal of the entire corpus of mythicist scholarship will cost him supporters elsewhere.

The positive side to all this is that Bart – an accredited scholar, as they say – has been compelled to acknowledge that the very existence of Jesus is “one of the most pressing questions in the history of religion” and deserving of investigation. Mythicism, warns Ehrman darkly, is “seeping into the popular consciousness at an alarming rate.”

Ehrman’s case for a historical Jesus could have been presented much more succinctly than in a 368-page book. In fact, that case has been presented much more succinctly – in endless publications from Christian apologists. Ehrman, no longer the believer that he once was, rewrites that apologetics material, minus the supernatural elements. At its heart is the “chronological side-step” (in a debate I once had with Gary Habermas he actually performed the dance): Our extant sources (the canonical gospels) belong here (70s – 90s of the first century); the written sources on which they draw belong here (50s – 60s); the oral traditions which informed the earliest written sources belong here (30s AD!!!) Glory be, “first-hand evidence” from the time of Jesus himself!

Now here’s a weak point (one of many) in Bart’s secularised Jesus world. Having drilled down to the 30s AD, apologists argue that the resurrection is what transformed the frightened disciples into bold evangelists. But having discounted the miraculous as non-historical what can Bart say? Well this: END_OF_DOCUMENT_TOKEN_TO_BE_REPLACED 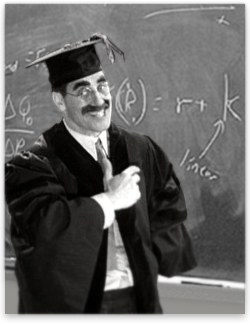 Here is how Ehrman presents his case based on the supposed evidence of Papias: END_OF_DOCUMENT_TOKEN_TO_BE_REPLACED

Many of us have seen Dr James McGrath’s statements that Bart Ehrman was quite within the bounds of acceptable New Testament scholarly procedure not to read mythicist books that he was reviewing for the public:

It doesn’t strike me as inappropriate that someone who has graduate assistants make use of them, especially speaking as someone who has plowed through significant amounts of mythicist literature and can testify that it is a frustrating waste of time. If Ehrman was able to get assistance that left him with more time to do actual scholarship, good for him! (Blog comment)

McGrath even proudly boasts that he needed only to read the first few pages of Earl Doherty’s 800 page Jesus: Neither God Nor Man in order to write a review of the entire book for public consumption on Amazon.

He has also denounced Thomas L. Thompson’s arguments for mythicism without having read The Messiah Myth. He doesn’t need to since, he says, TLT’s expertise is in the Old Testament, not the New.

Several of Bart Ehrman’s “friends and fans” on his Facebook page (I can’t get my head around the idea of biblical scholars having “fans!” — is this another of those “only in America” things?) have also strongly supported the idea of him not having read Doherty’s work, at least. END_OF_DOCUMENT_TOKEN_TO_BE_REPLACED