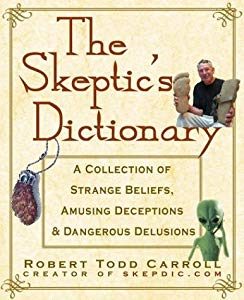 One of the most common arguments I read and hear for the historicity of any part of the Gospel narratives is: The church would have had no reason to make it up.

When I first encountered this remark I assumed it was just a passing phrase and that the real argument would soon follow. But it never did. It took me some time to grasp that even leading scholars (I could understand apologists) regularly relied on this mantra to completely close the question on any point of historicity.

I had never heard the argument used as a proof of anything in my university studies. I only encountered for the first time in a serious context when I began to study mainstream biblical (in particular New Testament and Jesus) scholarship.

Not surprising, I suppose. Most of those in the field of biblical studies have probably relied on this fallacious reasoning in other contexts through much of their lives — like their belief in God in the first place. As for the atheists in the field, maybe they are just being intellectually lazy.

Compare the following from The Skeptic’s Dictionary

This is merely a circular assertion of one’s starting assumption. Is it used as the reason to establish “a fact” in any scholarly discipline apart from biblical studies?

Of course when alternative explanations are presented, those who had rested on this fallacy are able to do little more than scoff in disbelief at any alternative, just the way staunch believers in the paranormal will despise the “ignorance” of genuine rational explanations. Well, it is also called the fallacy of incredulity.

72 thoughts on “Why would the Gospel authors have made it up?”