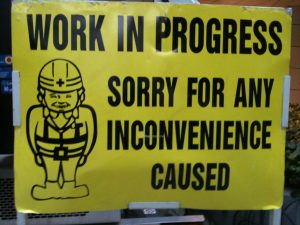 Trying to find a new blog theme. Expect unexpected changes to layout and links till it’s all sorted.

In The Historical Jesus: Five Views, Luke Timothy Johnson responds to the 5 principles for historical enquiry as laid out by Robert M. Price in his opening chapter of that book. I discussed these in overview in my recent 5 more commandments post. The five are:

1. The Principle of Analogy

2. The Criterion of Dissimilarity

3. Remember what an Ideal Type means

4. Consensus is No Criterion

5. Scholarly “Conclusions” must be tentative and provisional

Johnson’s strongest criticism is for Price’s failure to include “multiple attestation” among his principles. Johnson refers to the significance of “points of convergence” here.

Of the 5 points listed above, Johnson finds #2 and #3 somewhat questionable. He argues that Price’s ideal type is really another form of the principle of analogy.

He faults Price for relying on this after dismissing #2, the criterion of dissimilarity. Johnson points to the teaching of Jesus on divorce – unlike both Greco-Roman and Jewish practice — as an example of “where dissimilarity actually yields something historically significant.”

In short, Price uses the criterion of dissimilarity to demolish any trace of specific evidence for a historically discernible figure named Jesus, and then appeals to analogy/ideal type to account for the rise of the Christ cult.

He knows that this approach has a long history of its own, and he cheerfully acknowledges that for many, it is considered one of “extreme, even crackpot, theories.” But he does not examine the reasons why such appeals to the ideal type of dying-and-rising gods came to be so regarded by sober historians. It was not, as Price intimates, out of failure of nerve among the apologetically inclined. Rather, it was the failure of such theories to adequately account for the specific character of the Christian movement and its cult figure, as well as the stubborn resistance of certain historical facts to being wished away. (pp. 90-91)

Then Johnson gets to the nub of the matter: “Two interrelated historical facts require explanation.” END_OF_DOCUMENT_TOKEN_TO_BE_REPLACED