Having discussed the Preface and the Introduction, I continue here with chapter 1 of Fabricating Jesus by Craig A. Evans.

A tired and common condescending put-down so often leveled against anyone who drifts away or turns against a tight-knit group of any kind is to accuse them of never having understood or been truly with the group from the beginning. The group-defensive-arrogance is almost too hot to approach. “No-one who really understands what we are about could ever possibly disown us.” Those remaining true to the original cause reflect and look for past signs of faults in those departed to explain why they left. Those who do leave or dissent are never taken at their word when they try to explain their reasons. It is some sin or missing key element that is the “real reason”. A letter in the Bible says the same, and Craig Evans says it of scholars whose studies have led them away from their fundamentalism:

The condescension reeks. In both passages. Evans “feels for” the lost sheep who was wrongly set up from his days as an “impressionable” youth. We are listening to a pastor of superior learning and experience (according to his Preface) informing his other children why their erstwhile colleague no longer plays with them. The message is religious and moral, not scholarly. It is about the True Faith. It is not scholarly except in some of its language and in relation to a few branches growing out of Ehrman’s views.

Like the author of the first epistle of John, Evans seems to think it enough to propose his personal “insights” into the spiritual flaws of the scholars Robert Funk, James Robinson, Robert Price and Bart Ehrmann. He opts to spiritually condemn rather than offer a synopsis of scholarly arguments that would, when unpacked, hopefully challenge to their views of the Bible. A reader wanting to discover what is actually wrong in scholarly terms with the basic arguments of these scholars will find nothing here. Certainly Evans does give a few contradictory views of specific points of their arguments, but this is only tackling the odd twig or branch of one of the sceptic’s arguments, not their fundamental conclusions.

I should clarify at this point that I am not supporting here any of the arguments of Funk, Erhman et al, but am discussing Evans’ religious sermonizing approach posing as scholarly critique in relation to them.

I have studied in depth various strands of history, educational philosophy and English literature but until I began reading a few of the Christian fundamentalist apologetics I had never come across scholars rebutting one another with barbs like “misplaced faith” or “misguided suspicion”. Suspicion is, of course, the antithesis of faith, so the two complaints are really the stamp of the one coin.

Rather than take up critical debate and challenges on their own terms, as is done in every other discipline I know, fundamentalist scholars seem to insist on applying special rules of their own: one must have “faith” in the gospel and the texts that bear witness of that gospel, and failure to take the texts at face value is somehow deemed “a hermeneutic of suspicion”, that is, “unscholarly”. Reasons and evidence for a fundamentalist interpretation need not be a factor. The failure to adopt the “right” interpretation, the “face value” fundamentalist interpretation, is enough to invite the charge of “misguided suspicion”.

“Rigid fundamentalism” — never the Bible — is mostly to blame!

Incapable of admitting that there could be any real merit in a sceptic’s view of the Bible, Evans has to confess the sins of the church for being largely responsible for such waywardness. END_OF_DOCUMENT_TOKEN_TO_BE_REPLACED

As discussed in previous posts from Marcion and Luke-Acts: A Defining Struggle (Joseph Tyson), if the Book of Acts is to be dated so late, and was written as a response to the Marcionite challenge, then what of the Gospel of Luke?

In an earlier post (Did Marcion Mutilate the Gospel of Luke?) I outlined Tyson’s reasons for doubting that Marcion edited what we know as the canonical Gospel of Luke.

Nonetheless, Irenaeus and Tertullian do speak of a relationship between Marcion’s gospel and canonical Luke.

So beginning with this post I will discuss Tyson’s next chapter in which he discusses the composition of canonical Luke. He begins with the question of its date. 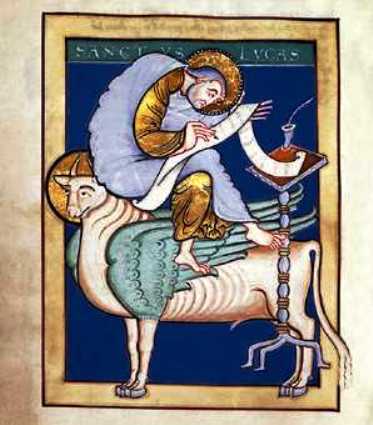 More than one edition of the gospel of Luke END_OF_DOCUMENT_TOKEN_TO_BE_REPLACED