What does it say about the nature of religion when we observe that, just as human culture and language are at the same time the same thing yet richly diverse, so the world’s diverse religions share so many of the same themes, metaphors and motifs? This post looks at rituals from two religions by way of convenient illustration.

(Caveat etc: Scholarship has rightly moved on beyond Sir James Frazer, but Jonathan Z. Smith has missed the forest while studying the trees.)

A month or so ago I stumbled across the Hindu Thaipusam procession. Last night I went to see the famous Good Friday procession at St Joseph’s cathedral in Singapore. The sameness of its motifs with the Christian and other religions reinforced my view that religions all share a common mindset, a common consciousness, a common set of motifs. They are all part of a singular cross-cultural psychological family in the same way. The concepts they share, and which vary only in their ritual and mythological details, are like the biological similarities that point to a common genetic base that unites the animal kingdom.

Both the Hindu and Christian processions dramatize

Common motifs of that suffering include

Devotees in the Thaipusam festival bear the pain themselves for their god:

Christian devotees prefer to vicariously suffer through their god:

It is all about suffering, death, and overcoming these in body, spirit or both. And I wonder if it all has common roots in the evolution of religion and human consciousness, and if the same motifs can be found in our earliest art still found in “cave-cathedrals” — See Mind in the Cave for earlier discussion.

The image of a tortured body, no less gruesome than the Hindu  flagellents, likewise glorified by devotees. This same effigy was lowered from the cross and placed in the bier captured in the photo above that also shows Mary following.

Our languages differ, but they are all the one thing, language. Maybe it’s the same with our religions. Yes? 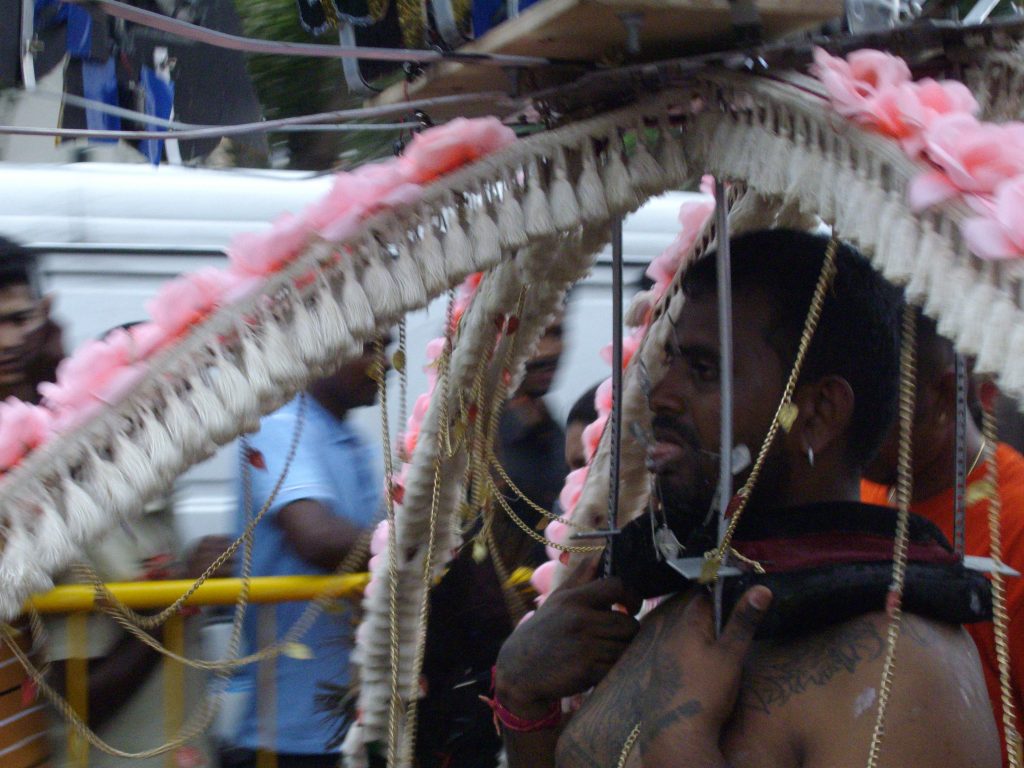 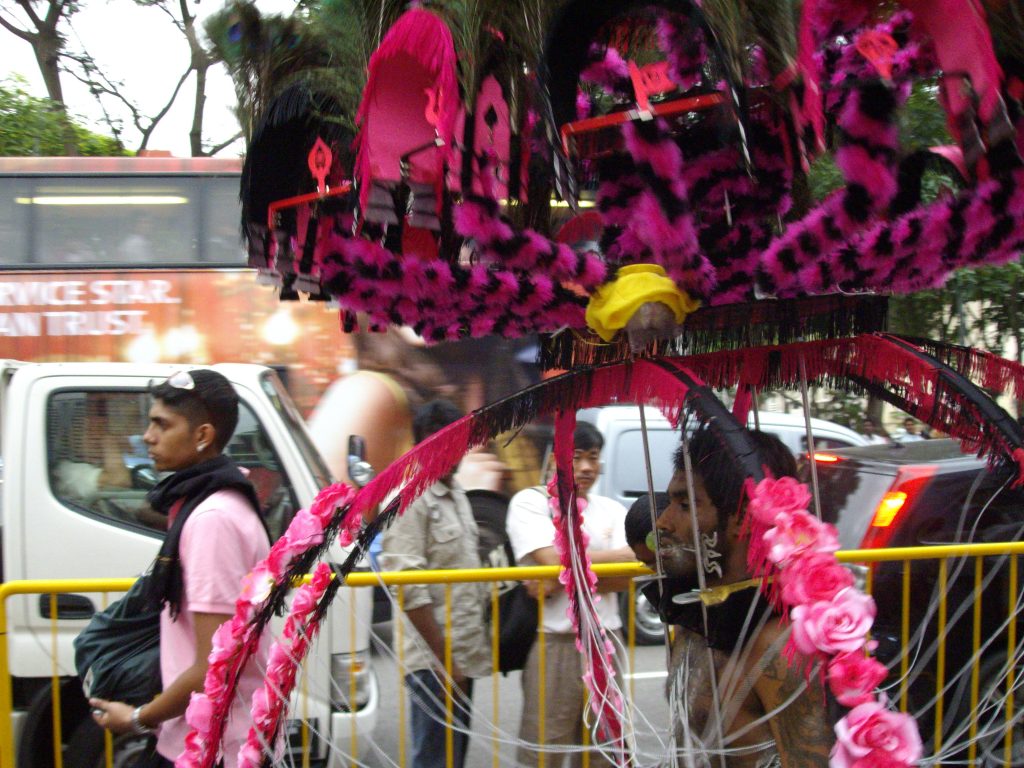 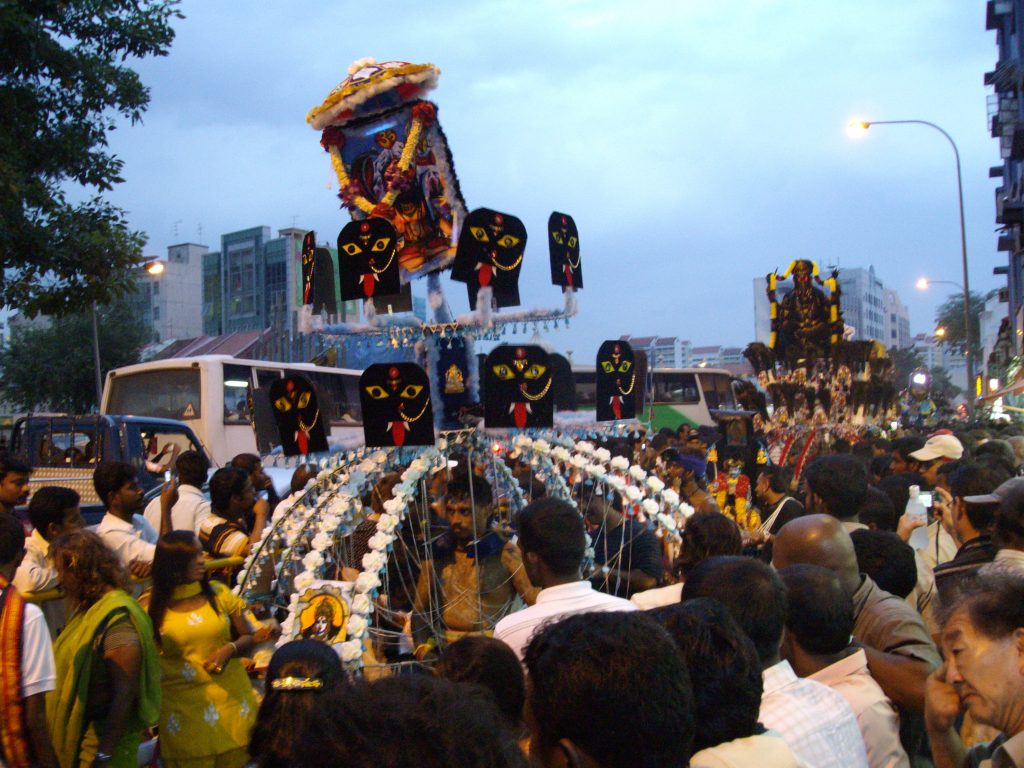 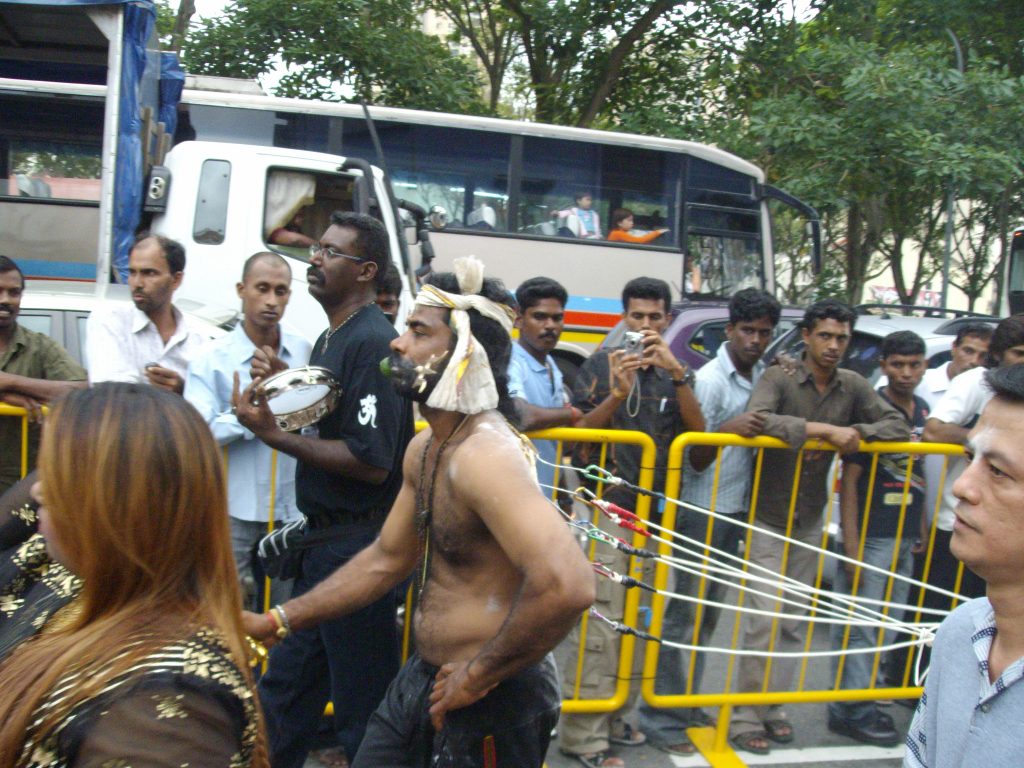