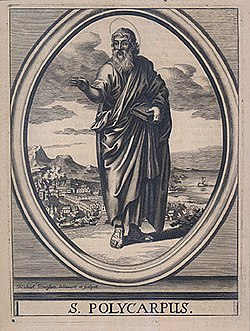 3rd post in the series by Roger Parvus. The complete series is archived here.

In my previous post I argued that the Asian delegates to Antioch mentioned in the letters to Philadelphia and to Smyrna should be identified as being part of the Asian delegations that, according to Lucian, were sent to encourage Peregrinus when he was imprisoned by the governor of Syria. The author of the letters was Peregrinus, I maintain, and when he wrote them he himself was being led in chains to Antioch for imprisonment and – he hoped – martyrdom. And having heard that the recent factional turmoil in the church of Antioch had ceased, he wanted the churches in Philadelphia, Smyrna and other cities in Asia to appoint delegates to go Antioch for his martyrdom.

I was intending to next look into the would-be martyr’s route, but – on second thought – I have decided that now would be the best time to inspect the other letter that he wrote after learning that peace had been restored in the Antiochene church. That letter is the letter to Polycarp, and although it was written at the same time as the letters to Philadelphia an Smyrna, it differs from them in several significant particulars. As will be seen, these differences are the clue to its true character. Solving the many puzzles of this letter will confirm that the would-be martyr was indeed being led to Antioch, not Rome.

THE LETTER TO POLYCARP

Polycarp is identified as the bishop of Smyrna in the letter addressed to him but, strangely, not in the letter to the Smyrneans that was written at practically the same time. The prisoner wrote the two letters just a short while after his departure from Smyrna, having visited with Polycarp and his church during his stop there. Yet, from the kind of advice contained in the first five chapters of the letter to Polycarp, one would never guess that the two men had just parted. One could legitimately wonder why they didn’t discuss the material in those chapters when they talked face-to-face presumably just days before. And the advice to Polycarp regarding his responsibilities to the members of his church who are widows, or married, or slaves (IgnPoly 4 & 5) looks like advice for a newly installed bishop. END_OF_DOCUMENT_TOKEN_TO_BE_REPLACED

2nd post in the series by Roger Parvus. The complete series is archived here.

In my previous post I showed that Peregrinus, as described by Lucian, bears some resemblance to the man who wrote the letters commonly ascribed to Ignatius of Antioch, and I proposed that the reason for their similarity is that the real author of the letters was Peregrinus. In his adult life he was first a Christian, but later abandoned Christianity to become a Cynic philosopher. So, some of the similarities noted are those that existed between those two periods of his life.  According to Lucian, what characterized Peregrinus was that he “always did and said everything with a view to glory and the praise of the multitude.” (TDOP 42, Harmon). And his glory-seeking was already clearly present in his Christian days when the governor of Syria freed him because he realized that Peregrinus “would gladly die in order that he might leave behind him a reputation for it.” (TDOP 14, Harmon). So I see it as quite plausible that many of the ways he pursued glory as a Cynic would be similar to the ways he pursued it earlier as a Christian.

When, as a Cynic, he sought to die a fiery death, he sent out letters to publicize the event. Earlier, I maintain, when he sought to die a martyr’s death as a Christian, he sent out letters too, among which are the seven so-called Ignatians. As a Cynic enamored of death, he gave titles to the messengers who spread the news of his upcoming leap to glory. I submit that the similar titles present in the letter collection are an indication that earlier, as a Christian enamored of martyrdom, he had already engaged in that practice. The specific titles were different, of course, because of the difference in his affiliation. But the very idea of giving titles to the messengers is the same. And as a Cynic he proclaimed his desire to dissolve into thin air via fire so as to imitate Heracles. To this would correspond his earlier proclamation, as a Christian, that he desired to be visible no more, and to be — courtesy of a painful execution by the Romans — an imitator of the passion of his God. And, as I see it, his adoption of new names to mark important moments in his life was not something he only began once he became a Cynic. No, the greeting at the head of each of the seven letters from “Ignatius who is also Theophorus” shows that it was already there during his Christian period. His becoming a prisoner in chains for Christ was one of those moments that called for a new name. (In a later post I will come back to this and look more closely at the name he took to mark the occasion).

The complete series is archived here.

I am genuinely grateful to Neil for allowing me to present on his blog a series of posts explaining my theory about the letters commonly attributed to Ignatius of Antioch. It should be understood that his permission does not imply that he concurs with the theory or any part of it. These posts will be a condensed, revised version of the main arguments contained in my self-published book “A New Look at the Letters of Ignatius of Antioch and other Apellean Writings.” In particular I will argue

By way of preliminaries I would first point out that the kind of scenario I am proposing for the letters should not be dismissed out of hand. The authenticity of the letters has been questioned by many in the last three hundred years. And it is a fact that there exist versions of them that are acknowledged as spurious by all (e.g. the longer recension of the letters) and that early Christians at some point composed entire Ignatian letters that all scholars recognize as spurious (e.g. the letters of Ignatius to Mary; and to Hero; and to the Tarsians). It is likewise a fact that already in the second century many Christians, with perhaps the best of intentions, were engaged in less-than-straightforward literary efforts. Christian pseudepigraphical writing was not rare and even produced works that made it into the New Testament.

The scenario I am proposing for the Ignatians is similar. I am proposing that some letters written by Peregrinus were later reworked, so that the lofty sentiments they contain would be safe and suitable to inspire other Christians facing persecution by the state. Peregrinus was, for a time, very popular with his Christian brethren and he composed a number of written works for them. But eventually he was caught in an infraction for which they expelled him. He abandoned Christianity and embraced the Cynic discipline. So, if any of the writings of this near-martyr were to later be salvaged for use by the protoCatholics, his name would have had to be removed from them and their true provenance disguised. I maintain that his name was removed from some letters he wrote and replaced with the name of a martyr mentioned by Polycarp in chapter nine of his Letter to the Philippians: Ignatius.

I want to also point out that my theory should not be summarily dismissed on the grounds that a 145 CE date of composition for the original letters is clearly too late. Eusebius, in the fourth century, was the first to claim that the letters were written in the reign of Trajan (98 – 117 CE). A number of scholars have recognized that his dating is untrustworthy, and that the letters should be dated later. To give some recent examples: Allen Brent says “we can…, if we like, place Ignatius’ work towards the end of Hadrian’s reign (AD 135)” (p. 318 of his 2006 book “Ignatius of Antioch and the Second Sophistic.” And Paul Foster, in his “The Writings of the Apostolic Fathers” (2007), placed the composition of the Ignatians at “sometime during the second quarter of the second century, i.e. 125 – 50 CE, roughly corresponding to Hadrian’s reign or the earlier part of Antoninus Pius’ period in office” (p. 89). Timothy Barnes, in a 2008 article in ‘The Expository Times,’ concluded that the letters were written “probably in the 140s” (p. 128). And Richard Pervo, in his “The Making of Paul” published in 2010 says “A date of c. 130 – 140 is the preferable date for Ignatius” (p. 135). Earl Doherty too, in his “Jesus: Neither God Nor Man,” does not have a problem with dating the letters to the third decade of the second century. (p. 296). So I am hardly alone in abandoning the Eusebian date.

Finally, I want to acknowledge upfront that my Ignatian theory is basically a combination and development of ideas first put by others. Daniel Voelter, in his “Polykarp und Ignatius und die ihnen zugeschriebenen Briefe,’ proposed that Peregrinus was the author of the letters attributed to Ignatius. And Josephe Turmel, in his “Lettres d’Ignace d’Antioche,” (written under the pseudonym ‘Henri Delafosse’) argued that the original author of the letters was a Marcionite. Alfred Loisy, in reviewing Turmel’s theory, agreed but specified that he seemed to be a moderate Marcionite such as Apelles (“un marcionite assez mitige sur certain points… tel Apelles” – “Remarques sur la Litterature Epistolaire du Nouveau Testament,” p. 168). It occurred to me that Apelles held a number of quite distinctive doctrines and that, if indeed the letters were written by Apelles or a follower of his, traces of those doctrines might still be detectable in them. My decision to follow up on Loisy’s suggestion was the first step in the development of my theory. END_OF_DOCUMENT_TOKEN_TO_BE_REPLACED 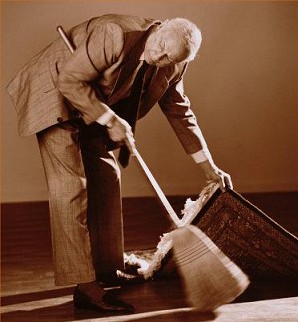 Roger Parvus has published a fascinating study of the letters of Ignatius and proposes that they originated from one who belonged to the breakaway group from Marcionism that was led by Apelles. Towards the end of his book (A New Look at the Letters of Ignatius of Antioch and Other Apellian Writings) he addresses the similarities other scholars have observed between the Johannine and Ignatian communities, and suggests that some of those “little contradictions and oddities” in the Gospel of John may also reflect an Apellean origin. (Hopefully I am not stealing too much of his thunder with this post, since I am hoping Roger will be able to argue his case for himself. But a touch of eagerness to write up at least little bit of one facet of his book has got the better of me here.)

This is not an attempt to argue for a particular reading or redaction history of John. That would require much more serious depth. The point of this post is simply to show the possibilities of questions, of alternative understandings, relating to the origin of the Gospel of John from a not widely encountered perspective. END_OF_DOCUMENT_TOKEN_TO_BE_REPLACED