What’s the point of remembering historical traumas? Has remembering the Holocaust prevented genocides? What of 9/11? Why do we remember these things? To what purposes do we put our memories? Are they always for good?

But most times they are not memories at all, not really. They are political stories we have chosen to latch on to for specific reasons. No-one in Ireland “remembers” the Irish Easter Rising. No-one in Australia “remembers” Gallipoli. Why do we sacralize certain political stories we call memories? And why do we even call them memories? To what use do we put these “memories”?

Remembrance as a species of morality has become one of the more unassailable pieties of the age. Today, most societies all but venerate the imperative to remember. We have been taught to believe that the remembering of the past and its corollary, the memorialising of collective historical memory, has become one of humanity’s highest moral obligations.

But what if this is wrong, if not always, then at least part of the time? What if collective historical memory, as it is actually employed by communities and nations, has led far too often to war rather than peace, to rancour and resentment rather than reconciliation, and the determination to exact revenge for injuries both real and imagined, rather than to commit to the hard work of forgiveness?

That’s quoted from an article by war correspondent David Rieff in a Guardian article, The cult of memory: when history does more harm than good.

The questions I opened with are based on an interview with David Rieff on the Late Night Live program on Australia’s Radio National. Interviewer Philip Adams: In praise of forgetting. That’s the link to the most excellent interview. Promise to listen to it before you go any further. (I have not yet fully read the Guardian article I quoted from above but this post is inspired by the interview.)

His recently published In praise of forgetting : historical memory and its ironies. And not forgetting his earlier Against Remembrance.

Not only Christian apologists but even some respected academic historians argue that Christianity had nothing to do with Nazism and that the Holocaust was inspired by atheistic, non-Christian ideologies. Not so, argues Hector Avalos, in Fighting Words: The Origins of Religious Violence:

In fact, we shall argue that the Holocaust has its roots in biblical traditions that advocate genocide. (Kindle loc. 4093)

Avalos surveys the range of published viewpoints that argue Hitler and Nazism were driven by atheistic, anti-Christian and pro-evolutionary agendas but writes that

the main theoreticians [among Nazi ideologues] saw themselves as religious. (loc. 4158)

Hector Avalos is already renowned/notorious for The End of Biblical Studies. There he argued that the biblical texts are without any relevance today, or at least are no more relevant than any other writings from ancient times. Scholars who attempt to argue for the moral relevance of the Bible in today’s world, Avalos argues, do so by tendentiously re-interpreting selected passages out of their original contexts and arbitrarily downplaying passages that contradict their claims. Theoretically, Avalos reasons, one could take Hitler’s Mein Kampf and likewise focus on the good passages in it and insist they over-ride the bad ones, and that the negative passages should be interpreted symbolically and through the good sentiments we read into the better passages. No-one would attempt to justify the relevance of Mein Kampf by such a method. Yet Avalos points out that that’s the way scholars justify the relevance of the Bible in today’s world.

This post is based on another work by Avalos, Fighting Words, in which he analyses the way religious beliefs can and do contribute to violence. The full thesis is something I will address in a future post. Here I look at just one controversial point made in that book.

Avalos does not deny that Nazism drew upon scientific ideas of its day. But it can also be concluded that these scientific notions of race were extras added to ideas that had a deeper cultural heritage, in particular as they found expression in the holy book of Christianity. A modern and prominent theorist of race, Milford Wolpoff, traces modern ideas of racism right back to Platonic ideas of “essentialism“.

Ernst Haeckel (1834-1913) was perhaps the most influential of evolutionary theorists and writers at the turn of the twentieth century; his views were widely embraced with his book, The Riddle of the World (Die Welträtsel) having sold 100,000 copies before the turn of the century. Haeckel popularized the idea that different human races each evolved from different species of ape-men. Exterminations and exploitation of lesser races by superior ones was considered the inevitable consequence of Darwinism. The Nazi Party’s publications cited Haeckel frequently.

At the same time, Hitler saw racism as compatible with religion, as do many biblical authors. Even Haeckel, who is often maligned for supposedly introducing scientific grounds for genocide, saw himself as simply reexpressing biblical concepts in scientific language.

Note, for example, Haeckel’s comments on his vision of Utopia:

“The future morality, free from all religious dogma, and grounded in a clear knowledge of nature’s law, teaches us the ancient wisdom of the Golden Rule … through the words of the Gospel: ‘Love your neighbor as yourself.'”

As in Christian and Jewish texts, “your neighbor” originally meant a fellow member of your in-group. Thus, Haeckel’s interpretation of “neighbor,” even if exegetically flawed, was based on the same concept of insider and outsider that is present in the earlier religions.

Avalos likens the Nazis to the “scientific creationists” of their day:

So from Haeckel to Hitler, Nazis did not see themselves as opposing biblical principles so much as they thought that modern science could be used to support, purify, and update those biblical principles. Nazis were often more like the scientific creationists of today who believe their pseudoscience supports the Bible. (loc. 4290-4297) 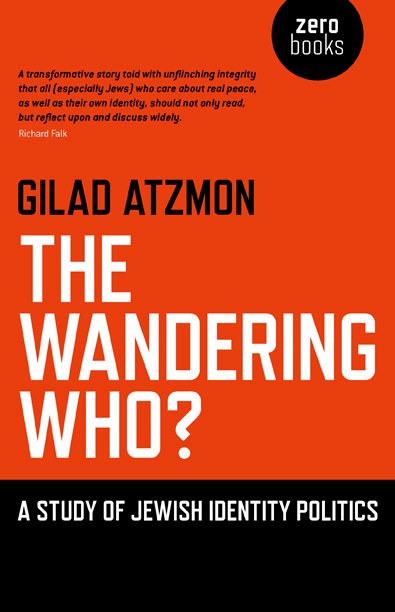 Atzmon draws a distinction between Jews as: END_OF_DOCUMENT_TOKEN_TO_BE_REPLACED

Having just completed Niall Ferguson’s “The War of the World“.

Nial Ferguson’s explores the ethnic conflicts that he argues have been spawned by economic instability and imperial disintegration, beginning with the Russo-Japanese War of 1904 right through World Wars 1 and 2 and their aftermaths up to the closing years of the twentieth century. It is depressing reading. I was reminded of reports not long ago that Iris Chang committed suicide partly as a result of the personal depression she suffered as a result of her meticulous research into the Nanking Massacre.

Also could not help but be reminded as I read of Richard Bauckham’s obscene use of the Holocaust to argue for a unique historical place for both the place of the Jews in human history and the miracles of Jesus.

Has there been outrage among academic circles over Bauckham’s claim that Auschwitz was such a “uniquely unique” horror that to acknowledge it as such is to logically admit the possibility of its polar opposite, a “uniquely unique” wonder of the miracles of Jesus?

Bauckham’s claim is testimony to the power of religious faith to suppress and distort normal human perception, comprehension, compassion and one’s sense of common human identity with both perpetrators and victims. That sort of suppression and distortion of our makeup is what makes killing and abuse without qualm possible in the first place.

Of the Holocaust and Auschwitz, Ferguson writes:

Himmler himself did not much relish the sight of the one mass execution he witnessed, at Minsk in August 1941. . . . . [Eichmann was asked about the possibility of using a “quick acting agent” as a “most humane solution to dispose of the Jews”] . . . .

It is its efficiency that makes Auschwitz so uniquely hateful . . . .

Though it was the most efficient, Auschwitz was not necessarily the cruellest of the Nazi death camps . . . . [at Auschwitz the gas used killed most victims in 5 to 10 minutes, compared with the use of diesel fumes elsewhere that required half an hour to kill] . . . .

Gassing victims was pioneered by the Nazis in their disposal of the mentally ill. It was only later applied to the Jews. But the point is that Ferguson documents enough other cases of horrendous mass killings by “less efficient” and more primitive means. Many were committed on horrendous scale in the Ukraine, largely against Poles there. . . . cats sewn into the abdomens of eviscerated pregnant women, “mixed Polish-Ukrainian” victims being sawn in half, fathers feeling compelled to murder their own sons in order to prevent them from murdering their own mothers under life-threatening pressure, infants being smashed or burned before the eyes of their mothers before they were raped and dismembered, both before the eyes of the fathers and husbands before they were brutally murdered.

Niall Ferguson’s book is long enough to be inevitably faulted at points and debated at several levels, but one humane service it does accomplish is to place twentieth century violence within the broader context of our collective humanity. The Holocaust was but one of a host of genocides and ethnic cleansings perpetrated in the twentieth century, and it was by no means “more” horrifying than many many others. To speak of it as “uniquely unique” is, at best, to speak in ignorance of history.

Some online reviews of The War of the World: