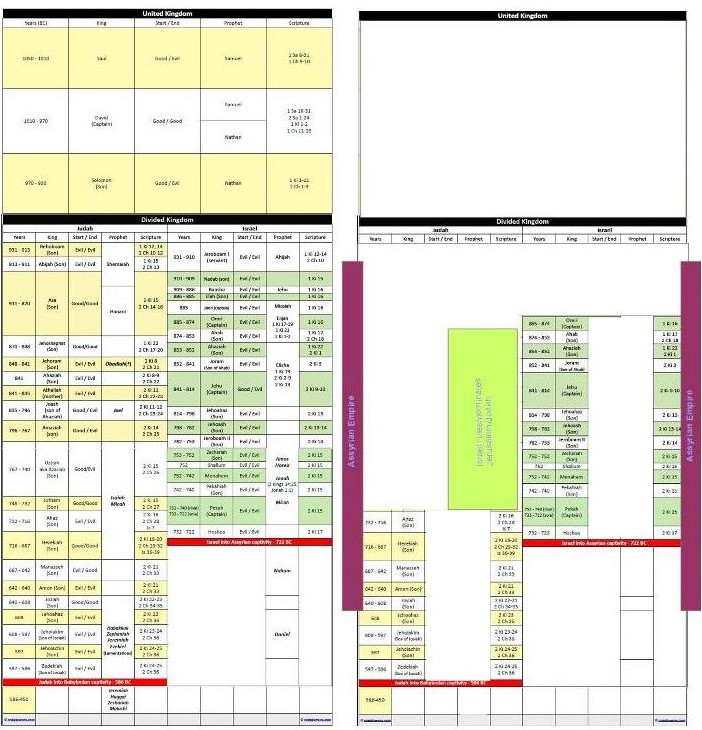 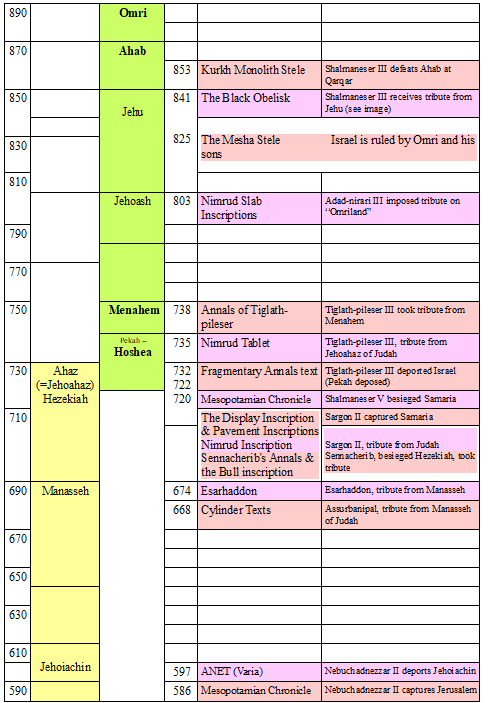 Archaeological finds have demonstrated that Israel under Ahab extended its power from the Galilee through to the Red Sea. The map below is from Israel Finkelstein’s The Forgotten Kingdom : the Archaeology and History of Northern Israel (open access link). Read the concluding paragraphs of chapter 3 for Finkelstein’s discussion of evidence that Jerusalem at the time of Ahab was far from being a significant urban site. The map shows the main sites of Ahab’s building activities. 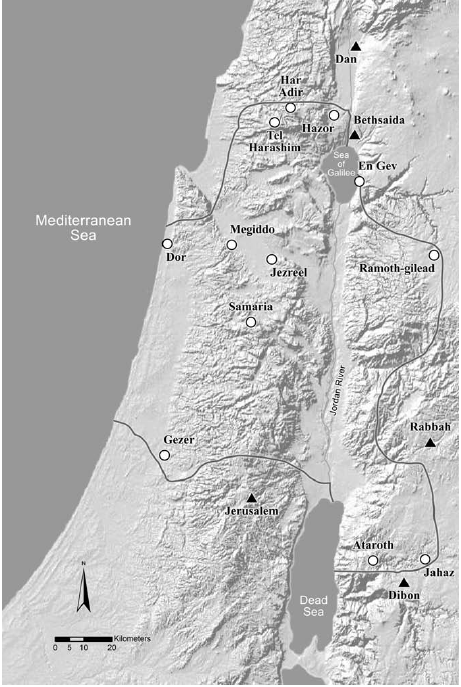 A key passage in Gmirkin’s article establishing the significance of Ahab’s building activity, including an administrative and temple buildings in Jerusalem (pp. 80f):

An analysis of the inscriptional evidence from c. 850-800 BCE supports the hypothesis that Judah was under direct rule from Samaria during this period. The prominence of Israel under Omri and Ahab as a regional power of the southern Levant has been extensively discussed elsewhere (e.g. Finkelstein 2013: 83-117). In economic and political alliance with the Phoenicians, Ahab’s Israel controlled the coastal route through the (‘Solomonic’) chariot cities of Gezer and Megiddo, the northern inland trade route through Hazor, portions of the King’s Highway from Gilead through northern Moab (Dearman 1989: 159, 169), and the southern trade to the Red Sea (Meshel 2012: 69). The zenith of Omride military power and territorial expansion was during the reign of Ahab (874-853 BCE), whose activities as a builder is attested by monumental architectural remains at Samaria, Jezreel, Megiddo, Gezer, Hazor and elsewhere.

Omride interest in controlling trade routes in both the Transjordan and the Negev in this period calls into question the existence of a kingdom centered at Jerusalem in this period. The geographical territory of Judah was adjacent to the hills of Ephraim and immediately opposite Ammon and Moab. It is difficult to imagine a strong military power such as Israel under Omri and Ahab having overlooked Judah, a relatively easy target whose possession would consolidate Omride control of Ammon and northern Moab as well as giving Samaria full control of the fertile Jericho plain (cf. 1 Kgs 16:34). Omride rule of Jerusalem and Judah would also have given Israel control of the trade route that ran south from Samaria through Judah and the Negev to the Red Sea. Indeed, the royal establishment of the site of Kuntillet ‘Ajrud as a Samarian outpost [see below] indicated to excavator Meshel that Israel must have ruled Judah during the period Kuntillet ‘Ajrud was occupied (Meshel 2012: 69).

The above discussion points to the strong likelihood that Samaria ruled Judah and Jerusalem during the period c. 875-800 BCE. Construction of the Temple Mount’s palace and temple in the ninth century BCE, modeled on the royal compounds on the artificially leveled acropolises at Samaria and Jezreel (Wightman 1993: 29-31; Ussishkin 2003: 535; 2011: 18-21; Finkelstein and Silberman 2006: 105), is best attributed to the Omrides in line with their building activities (Omri at 1 Kgs 16:24, Ahab at 1 Kgs 22:39) well-documented in other cities such as Megiddo, Gezer and Hazor (Finkelstein and Silberman 2006: 163-7, 275-81). Several of these cities had a palace for the governor of the city. Jerusalem in the ninth century BCE is best understood as another such Omride city with governor’s palace and temple (like the temples at nearby ninth-century BCE Tel Motza and eighth-century BCE Arad; cf. Garfinkel and Mumcuoglu 2016: 166-72).

Given that the Temple Mount’s palace and temple are modelled on the royal compounds of ninth century Samaria as Gmirkin points out, the evidence of “Yahweh of Samaria and his Asherah” at Kuntillet ‘Ajrud makes a strong case for the Jerusalem temple being instituted for Yahweh worship at the behest of Ahab of Samaria/Israel.

That’s not the way the Bible story tells it, of course. But Gmirkin is only half done at this point. Next post we look at the possible sources for the biblical accomplishments of Solomon.

53 thoughts on “Reconstructing the History of “Biblical” Israel and Judah”