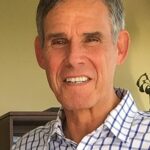 10 thoughts on “Trump Cultists Dying for Their Dear Leader”