Shelly Matthews questions the view that Luke-Acts was finalized as an early stage of a specifically anti-Marcionite program. I am one who has tended to see Luke-Acts as an initiator of a trajectory of proto-orthodoxy that can be traced through Ignatius, Justin Martyr, Irenaeus and Tertullian and that stood in opposition to the “heresies” of Marcionism, docetism, gnosticism.

Rather, Matthews places Luke-Acts in a far more fluid place and argues that it defies classification as either orthodox or proto-orthodox. She argues that it precedes the time when Christianity could be divided from our perspective into the simplistic split between what we see as orthodoxy and heresy but is the product of

In the previous post we saw one of the reasons for Matthews’ view: the view of Jesus as calm and passive throughout his final hours and the unnatural concept of his flesh. Such a depiction would appear to have more in common with the views of docetists than what emerged as orthodoxy.

Matthews further sees the Gospel of Luke as an attempt to subordinate other leaders, both women and men, who were looked up to as leaders by virtue of having had visions of Jesus. That is, the author was responding to more than Marcionism. In fact the gospel overlapped with Marcion’s gospel in key passages as we saw in our initial post. 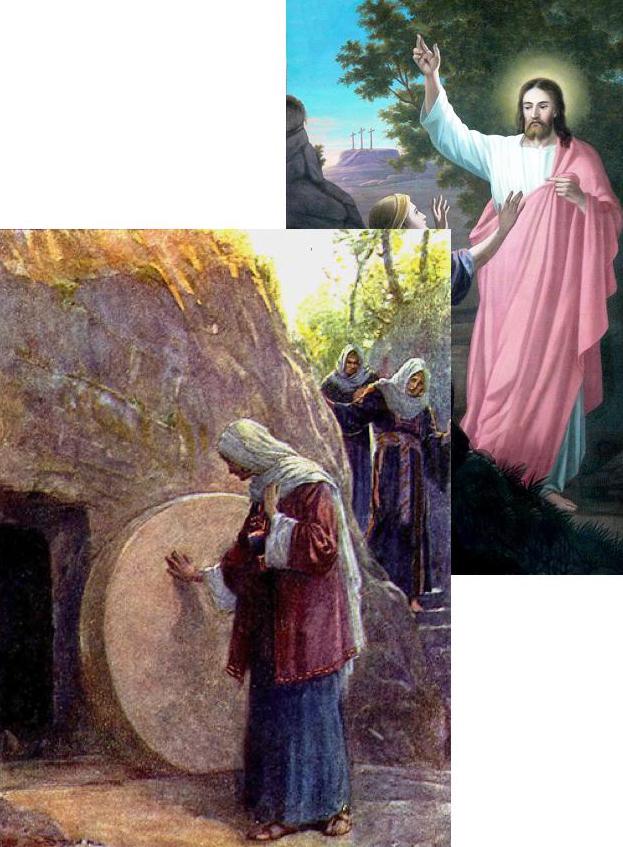 According to Paul’s statements in 1 Corinthians 9:1 and 15:1-8 an apostle was one who had seen the risen Lord. In the Gospel of John chapter 20 we read that Mary of Magdalene was one such figure. We even have a documentary record among noncanonical texts that Mary was regarded as a leading figure among certain Christians and that she was sometimes considered to be in conflict with Peter and other male apostolic visionaries. We have the Gospel of Mary, the Gospel of Philip in which Mary has a special (physical) relationship with Jesus, and the Gospel of Thomas in which Jesus promises to make Mary a male so she, too, is worthy to enter eternal life. But let’s look for a moment at Mary’s encounter with the risen Jesus in the Gospel most of us are familiar with. John 20:14-18

14 And when she had thus said, she turned herself back, and saw Jesus standing, and knew not that it was Jesus.

15 Jesus saith unto her, Woman, why weepest thou? whom seekest thou? She, supposing him to be the gardener, saith unto him, Sir, if thou have borne him hence, tell me where thou hast laid him, and I will take him away.

16 Jesus saith unto her, Mary. She turned herself, and saith unto him, Rabboni; which is to say, Master.

17 Jesus saith unto her, Touch me not; for I am not yet ascended to my Father: but go to my brethren, and say unto them, I ascend unto my Father, and your Father; and to my God, and your God.

18 Mary Magdalene came and told the disciples that she had seen the Lord, and that he had spoken these things unto her.

Matthews refers to Mary Rose D’Angelo who shows the structural similarities between Mary’s encounter with the risen Jesus and the elder John’s vision of the heavenly Jesus in Revelation 1:10-19. I have highlighted the significant passages in D’Angelo’s argument.

John in Revelation likewise hears a voice and turns back to see the risen Jesus. Jesus negatively admonishes John in a way that draws attention to the divine nature of the one encountered in the vision. Both John and Mary are then given a commission to go and tell others what they have seen. And as per Paul’s qualification of apostleship, Mary, too, can and does say that she has “seen the Lord”. If we take our canonical form of the Gospel of Luke as having been completed after the Gospel of John (which a number of scholars do, and I often find myself siding with them) then we can readily interpret Luke’s depiction of Mary as an attempt to reject the status of Mary as an apostle.

Luke “rewrites the tradition” by having Mary not seeing the risen Jesus but seeing only the empty tomb. Her encounter is with angels and it is only angels who tell her to go and tell the disciples that Jesus has risen. In Luke it is Peter who runs to find out for himself the truth of what Mary has reported and it is Peter who is the first to see the risen Jesus. 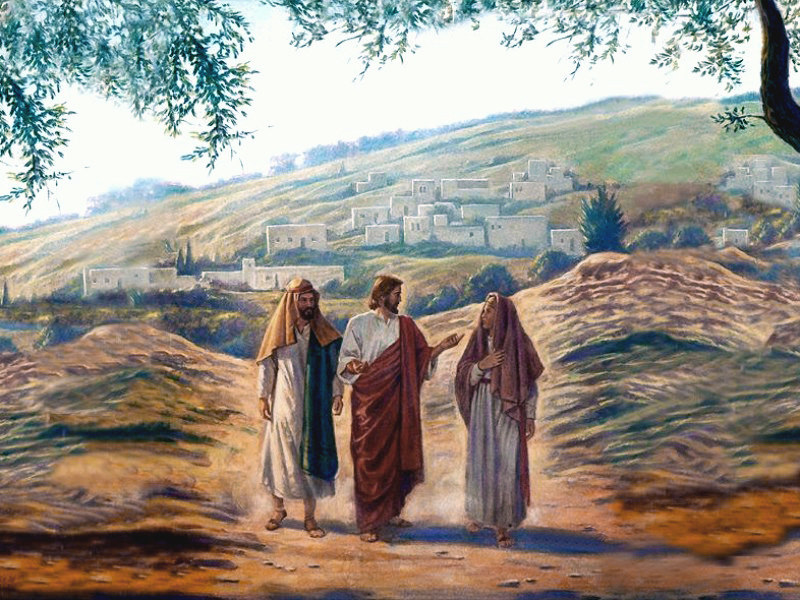 That brings us to the Emmaus Road episode in Luke’s gospel. Here a couple, Cleopas and another unnamed companion, are walking along a road when they are joined by a third party they do not recognize. Their eyes are prevented from recognizing him, presumably by means of some spiritual agency. It is, of course, Jesus. The couple finally “recognize” who they have seen only after he disappears from them as they “break bread”. Matthews is one with scholars who interpret this passage as representative of what all Christians are to experience as they partake of the Lord’s supper. It is in that ceremony that they “see” Jesus. In this way the incident cannot be interpreted as a genuine vision of the risen Lord that qualifies one for apostleship. That is confirmed after the couple race to tell the disciples and are in turn themselves told that Jesus has already appeared to Peter.

The authority of men only

Even here Mathews believes we see further evidence of Luke reducing the status of women in the church. If we compare the two key persons on the Emmaus road with the Clopas/Cleophas (a Semitic form of the Greek Cleopas) and his wife Mary named in John 19:25 then it does look suspiciously the case that Luke has chosen to suppress the name of the wife involved in that famous incident.

Other indicators (listed by Matthews) that Luke sought to denigrate the status of women: END_OF_DOCUMENT_TOKEN_TO_BE_REPLACED