Anyone wishing to harmonize the gospel of John with the Synoptics will have a great deal of trouble explaining the beginnings of Jesus’ career. In the Fourth Gospel, on his way back to Galilee, Jesus has already poached many of John the Baptist’s followers. In fact, he has started up his own dunking franchise, luring away John’s customers. However, in the Synoptics, after Jesus’ baptism, the spirit drives him into the wilderness, where he sits in solitude. He hasn’t even met any of the Twelve yet.

Such differences might compel us to posit that the two origin stories have so little in common that they must emerge from wholly unrelated traditions. And yet if we look just a bit harder, we see some common threads, at least on a symbolic level.

In my brief series on How John Used Mark, I discussed how John apparently took ideas from the Gospel of Mark and turned them inside out. But in the case of John inverting the temptation stories, the source must be either Matthew or Luke, since Mark has only this to say:

12 And the Spirit immediately drove him out into the wilderness. 13 He was in the wilderness forty days, tempted by Satan; and he was with the wild beasts; and the angels waited on him. (Mark 1:12-13, NRSV)

For details concerning those temptations, we must turn to the other two gospels. Oddly, Matthew and Luke list the second and the third in different order, but the first temptation remains the same. (All of the following verses come from the NASB.) END_OF_DOCUMENT_TOKEN_TO_BE_REPLACED 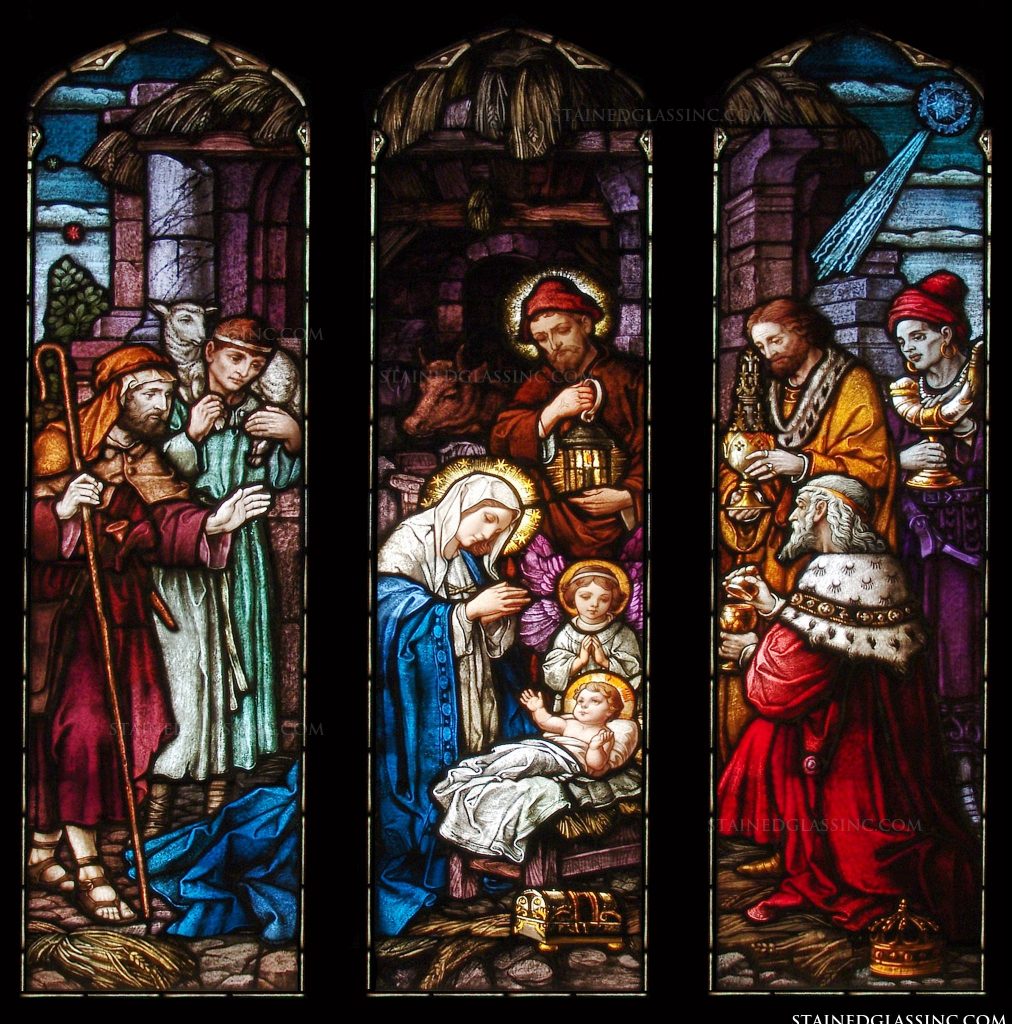 Professor Jim West brought back memories of my fervently believer days (when I “knew” that the gospels, being words of Truth, could and did not contradict themselves) with his post, There are No Contradictions Between the Matthean and Lucan Birth Narratives: It’s a Matter of Time. West recycles the old assertion that in Luke we read of the birth of Jesus (the angels directing the shepherds to cause a commotion in the village until they eventually found the babe in the manger) while in Matthew we read of the magi visiting Jesus two years later when he was more securely resided in a solid house. See? No contradiction at all. It’s only a matter of time.

The general idea among many biblical scholars today seems to be that the gospels are ancient forms of biography. That is, the authors, like other biographers of the day, were devoted to writing what they knew about the life and teaching and significance of their subject.

Matthew’s gospel is generally said to have been written around 80 CE. How likely is it that its author (we’ll call him Matthew) at such a late date apparently had never heard of the angelic circumstances surrounding the actual birth of Jesus? If there is one detail ancient biographers loved to seek out and narrate about famous persons (e.g. Apollonius of Tyana, Julius Caesar …) was some great prodigy that marked the moment of their birth and another at their death. How plausible is it that Matthew by around 80 CE had never heard (presumably made very little effort even to seek out!) of the “tradition” that was surely circulating by then about the circumstances of Jesus’ birth?

After all, Luke, we are told, knew only that tradition of the miraculous circumstances of Jesus’ birth and had never even heard of the dramatic events only two years later — the slaughter of the innocents, the state visit of prominent persons from the East, the miraculous star that presumably hovered only meters above the earth so as to point out a particular house, etc — even though he was writing, again we are assured, only ten years or so after Matthew.

And we know, don’t we, that Luke insisted that he knew “everything” that had been written and rumoured about Jesus before he started to write and that his biography was going to be the one to set out everything “in order”.

(By the way, for another view of what Luke’s prologue actually does say, see What Did Luke’s Eyewitnesses See? and “Eyewitnesses” in Luke-Acts: Not What We Think.)

A harmonization of the two narratives, the events of Jesus’ birth and of two years subsequently, are exactly what we would expect of a genuine ancient biography written a generation or two after the biographee. Biographers are interested in recording what they know about their subject and believe their readers will find both entertaining and profitable. It is very difficult to imagine both Matthew and then Luke somehow deciding that either the birth details or the details two years later would not have been of interest or potential instruction for their audiences.

Totally different accounts, each with their distinctive theological flavour and themes, is exactly what we would expect from a form of literature that Roger Aus labels “etiological haggada”¶, or from creative theology.

No doubt scholars have pondered this question in their literature. If anyone knows of some of the more interesting critical discussions addressing the problem I have raised here do feel free to add a comment.