The “historical” founder of the colony of Cyrene was a Greek named Battus (an unlikely founder since he spoke with a stutter) who is said to have ruled in the years leading up to 600 BCE.

Contemporary archaeologists agree: Cyrene, the Greek colony in Libya, had its beginnings in the second half of the seventh century B.C. The presence of some objects dated to the Late Helladic III A and B periods on the site clearly points to more ancient contacts between Greece and the Mediterranean coast of Africa; nothing, however, before the middle of the Archaic period indicates the development of a city in the Greek sense of the term. Such is the interpretation of the archaeologists . . . (Calame, Claude. Myth and History in Ancient Greece: The Symbolic Creation of a Colony, Princeton, N.J., Princeton University Press, 2003. p. 35) 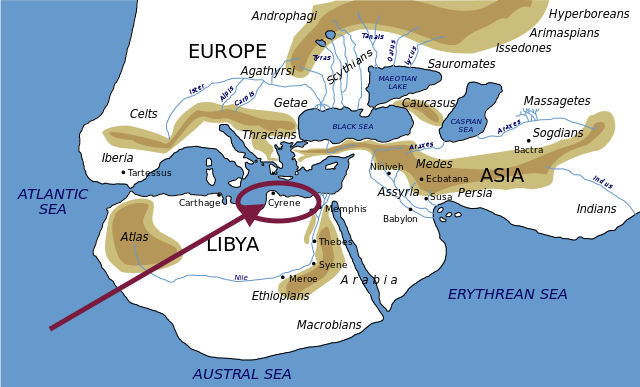 The ancient myth of the founding of the Cyrenian kingdom comes to us from a number of sources, including several of Pindar‘s poems (in particular the Pythian Odes 4, 5, 9), the history by Herodotus, (book 4), the epic poet Apollonius of Rhodes who wrote about Jason and the Argonauts, and the Cyrenian poet Callimachus.

Herodotus, writing as a “historian” presents us with a rationalised version of how Cyrene was founded as a Greek colony. He eschews in this context tales of gods and demigods and myths. But the other sources mentioned above are more willing to leave us the popular legends of how this great ancient Greek colony of Libya came to be.

Pindar gives us two stories: one begins seventeen generations before our stuttering founder Battus; but another begins even earlier, back in mythic time when only gods “made history”.

Pindar’s accounts of the foundation stories

END_OF_DOCUMENT_TOKEN_TO_BE_REPLACED 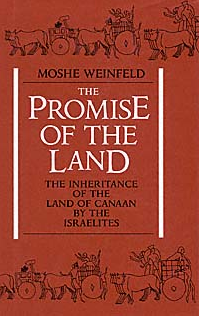 I should follow up my previous post with a clarification of Weinfeld’s argument as he presented it in his 1993 book, The Promise of the Land. The bolding is mine for the benefit of those who don’t want to read lots of text but just hit the highlights.

As is well known, most of the genres of biblical literature have their counterparts in the ancient Near East. Creation stories, genealogies, legal codes, cultic instructions, temple-building accounts, royal annals, prophecies, psalms, wisdom literature of various kinds—all are widely attested in the cognate literatures from Mesopotamia, the Hittites, and the Egyptians. The only genre lacking such counterparts is that of stories about the beginning of the nation and its settlement, which are so boldly represented in the Patriarchal narratives and the accounts of the Exodus and the conquest of the Land. The contrast is especially striking when we compare the first eleven chapters of Genesis with the rest of the book. In Gen. 1–11 we find stories of creation, the food story, and lists of world ancestors before and after the food—literary types all well established in Mesopotamian literature. From [Genesis] chapter 12 onward, however, no parallel with the ancient Near East can be shown—not in content, of course, which reflects the particular nature of Israel, but also not in form. This kind of storytelling might be expected in the great cultures of the ancient Near East, but we look for it in vain. The lack of this genre is quite understandable given that, unlike Israel, the large autochthonous cultures were not cognizant of a beginning of their national existence.

On the other hand, this genre would be expected in the Greek sphere, which like Israel was based on colonization and founding of new sites. (pp. 1-2)

Weinfeld appeals to the quotation from Plato which I used as a header in an earlier post as evidence of the popularity of the foundation story genre in the Greek world:

[Greeks] are very fond of hearing about the genealogies of heroes and men . . . and the foundations of cities in ancient times and, in short, about antiquity in general . . .  —  Plato, Greater Hippias, 285d

Weinfeld offers us some biographical background to his interest in the question of biblical and Greek parallels and was encouraged to find he was not alone: END_OF_DOCUMENT_TOKEN_TO_BE_REPLACED