Mosul’s bloodbath: ‘We killed everyone – IS, men, women, children’

Meanwhile — as if one can slip from the contents of the above article with a helpless sigh — Tom Holland, a historian whose books I’ve much enjoyed — “Unlike most historians, Tom Holland writes books which bring the past to life” — has gone a bit funny with his gushiness over Christianity . . . .

and no doubt others I missed.

An inconvenient truth: IS draws on Islamic sources for its inspiration by Philip Wood

Yes, there is no basis for critics of Atran and co to say that there is no religious role in terrorism. Of course religion plays a part. END_OF_DOCUMENT_TOKEN_TO_BE_REPLACED

Like Loading...
[Greeks] are very fond of hearing about the genealogies of heroes and men, Socrates, and the foundations of cities in ancient times and, in short, about antiquity in general . . .  — Hippias speaking to Socrates in Plato, Greater Hippias, 285d

Greek foundation stories provide the closest correspondence with the Pentateuchal narratives that introduce the Mosaic laws and merit a detailed comparative analysis.  — Gmirkin, Plato and the Hebrew Bible, p. 225
–o0o–

I am sure most students familiar with the Bible who take up reading the literature of Classical and Hellenistic Greece at various points pause and wonder at some striking similarity between the two literatures. Are those similarities merely coincidental or the inevitable product of a common cultural milieu or is there some other explanation? In delving into the details of some of those points in common Russell Gmirkin concludes that the authors of the biblical narratives, including the law codes, had access to the wealth of Greek literature at the Great Library of Alexandria in the Hellenistic Age, that is, from some time after death of Alexander the Great in 323 BCE.

Russell Gmirkin (Plato and the Creation of the Hebrew Bible) compresses so much information into his chapters that I need to regularly pause from reading and start the work of unpacking his citations and endnotes in order to fully appreciate just how interesting his case is. After surveying the range of literary genres in which Greeks expressed their partiality towards narratives providing backgrounds to the origins of their constitutions and laws he decides to focus on the Greek foundation narrative as being the closest in form to what we find in the Pentateuch.

The foundation story most of us are probably aware of is the Roman epic, the Aeneid, the story of the wanderings of Aeneas from the fallen Troy to seek a new land in Italy. Don’t let the “post-biblical” date of Virgil’s composition mislead you, though, since

It should be clear, first of all, that the Aeneas legend and the stories associated with it are quite ancient and may be traced back — as the various paintings on archaeological artifacts show — to the seventh century B.C.E. That these stories actually belong to the genre of “foundation stories” about foundations of cities by single heroes has been noted by F. B. Schmid, who surveyed the foundation legend of the Greeks, and observed that the Aeneid epic was patterned after them.[39] (Weinfeld 1993, pp. 16f)

Most of us have heard of the voyages of the Argonauts and this story also contains within it the beginnings of another foundation story, that of Cyrene. After trekking through an African desert in a quest sometimes eerily echoing the story of Israel’s wandering in Sinai, a son of the god Poseidon gives Euphemus, one of the Argonauts, a clod of earth as a sign that his descendants will return and possess the land of Cyrene.

The Spartans believed themselves descendants of the sons of Heracles who, long after Heracles himself had left the earth and not unlike the Israelites under Joshua, invaded the Peloponnesian peninsula to claim it as their own land as promised by Zeus to their illustrious forefather.

Motifs commonly found among the foundation myths as taken primarily from Gmirkin’s discussion but with a few touches added from some of the sources he cites:

I will post some of the myths illustrating the above in future posts. (In some myths, such as Aeneas’s mission being realized through Romulus and Numa, a single hero would be replaced by a succession of heroic figures.)

The legends of the founding of Rome, of Cyrene, and of the return of the Heraclidae are three foundation myths but there were many more. A “Judean” foundation myth closest in form to such Greek stories, yet by all appearances is evidently independent of any of our biblical versions of the narratives, is the founding of Israel as told by Hecataeus of Abdera. I posted his narrative a couple of years ago so you can click on Moses and the Exodus According to the Ancient Greeks and Egyptians: Hecataeus or continue reading a fresh copy of his account here. Hecataeus himself wrote in the fourth and third centuries B.C.E. Gbut we owe our thanks to Diodorus Siculus [= of Sicily] of the first century B.C.E. for preserving (via paraphrase) what he had to say: END_OF_DOCUMENT_TOKEN_TO_BE_REPLACED 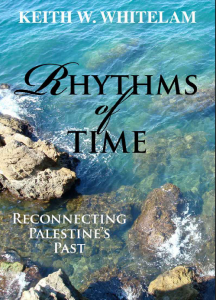