Heavy on my mind at the moment is the bombing at the Erawan Shrine in Bangkok. Just pausing to put up a few photos and one video I took of the shrine when I was there two months ago on a family visit to Bangkok. No way of knowing who was responsible yet — I’d be surprised if it came from Redshirt activists from the rural and North region or from the Muslim separatists in the South; Thailand did return Uyghur refugees to China a month or so ago . . . Who knows. Horrific. These pictures were taken around middle of day. The bombing was in early evening when the site was much more crowded. 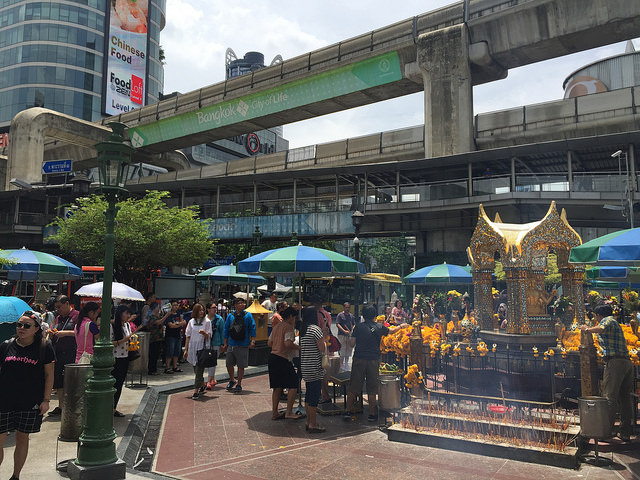 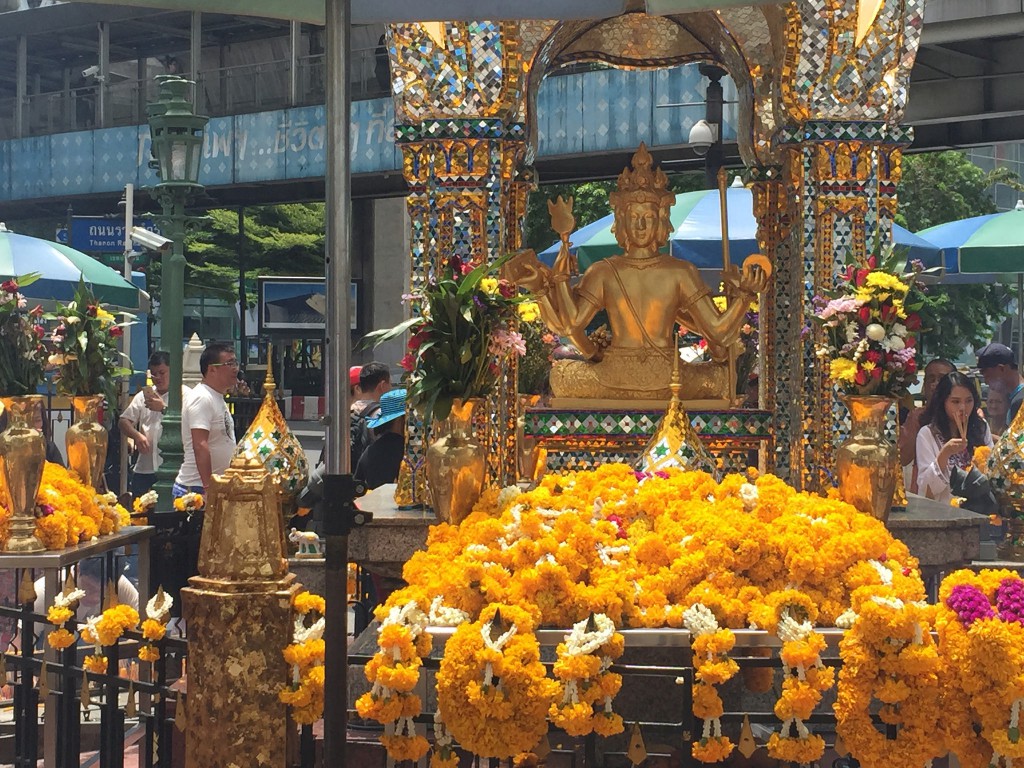 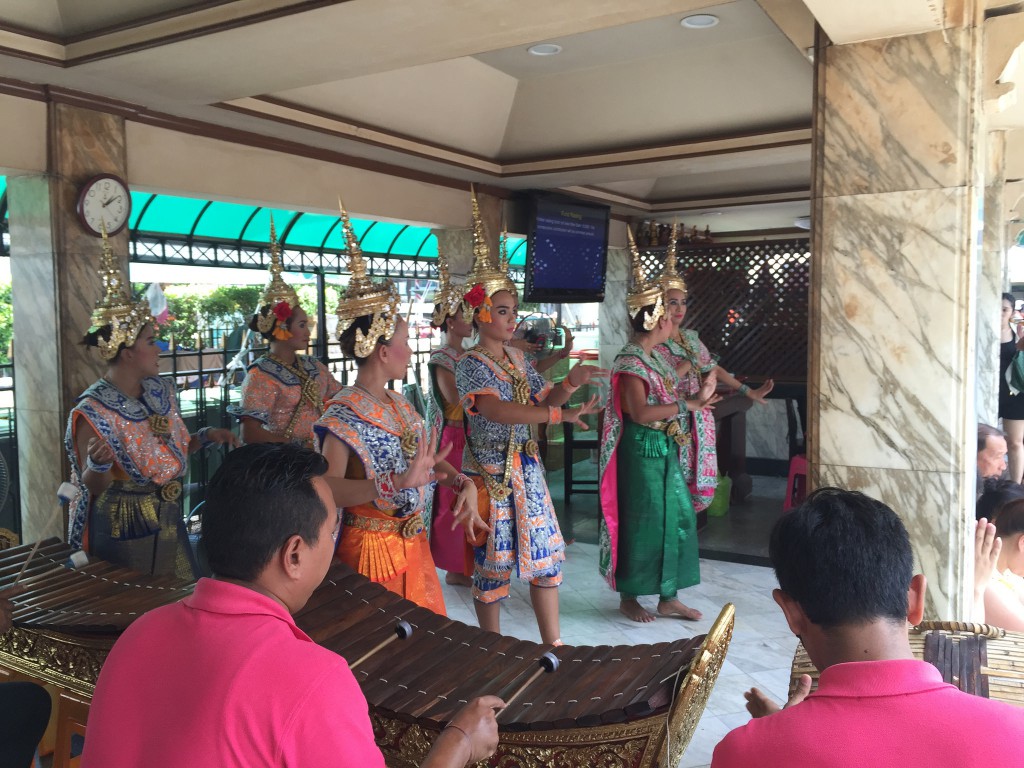 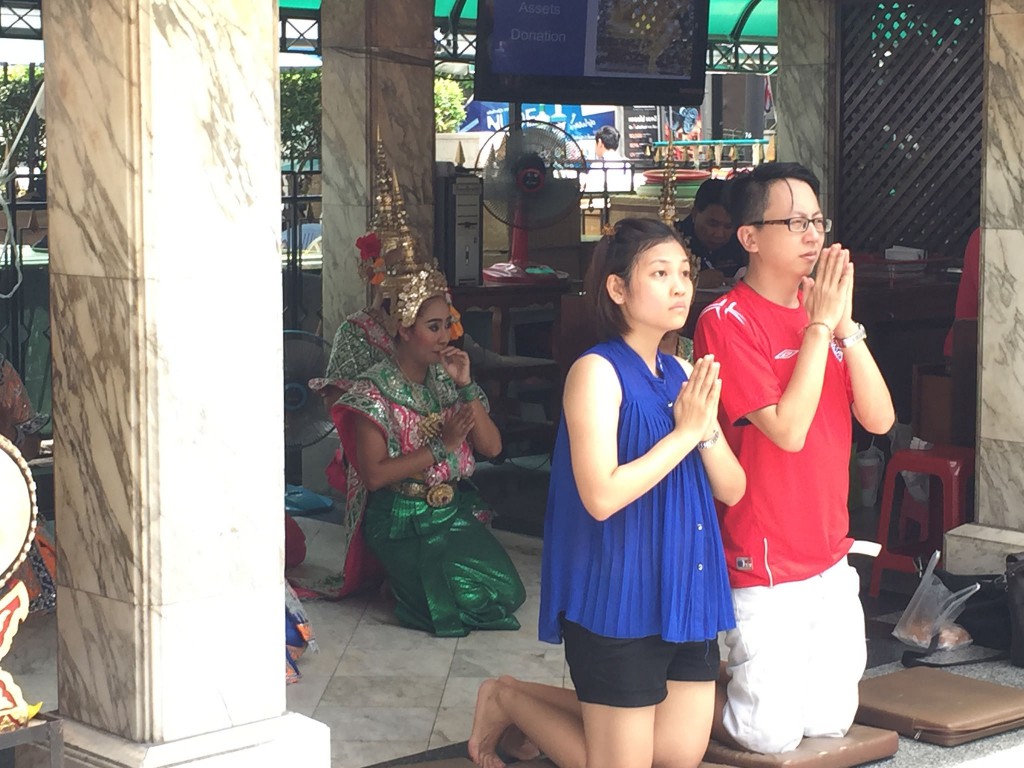 These details are superfluous, but for the record it’s a Hindu deity but the worshipers are mostly Buddhist.
Seven more pics and one video . . . END_OF_DOCUMENT_TOKEN_TO_BE_REPLACED