You have written an 8000 word essay that you titled Historical Method. You included it in your portfolio titled Jesus: Evidence and Argument or Mythicist Myths?

Can I ask how much research you did in preparation for this? Ah, so you say you used all the notes supplied you by Stephanie Fisher. Did you do any checking of source material for yourself? Oh, I see, mostly what Stephanie supplied you. Well, Maurice, I’m afraid that’s no excuse. This was your assignment and you are responsible for what goes into it.

Yes, Maurice, an F. If you carry on like that I’ll make it an F minus.

And for your next effort I insist you throw away everything Stephanie fed you and do your own fact-finding and make it your own work for which you alone are responsible.

No, Maurice, it’s not because I don’t like you. Come up and sit down here and I’ll go through it with you and show you why you need to do the whole lot again.

And look here. You say “Mythicists have not the foggiest notion of historical method”. Where is your source for that? Stephanie said it? No, Maurice, that’s not good enough. McGrath? No Maurice, you’re not getting it. Listen. You have to give a source that justifies assertions like that. You need to tell us what mythicists say about historical methods and then demonstrate how they don’t understand them. Does Doherty talk about historical method? No, no, Maurice, I don’t want to you start rifling through Steph’s notes. He doesn’t. But you need to read Doherty yourself to know that. Price? Correct. He doesn’t either. Although he does look at other methods relating to myth analysis.

Who? Godfrey? Is he a mythicist? Steph said he was? Did you check? McGrath and Hoffmann also said he was? No, Maurice, that’s just hearsay. You didn’t check your sources at all, did you. Well if you read the author profile in Godfrey’s blog you would have seen that he has never argued against the existence of a historical Jesus. His posts are mostly on what certain scholars are saying about Gospel and Christian origins. Yes, you are right, he has posted several times on historical method but it is always as a critique of historical Jesus studies. Read his posts yourself. You will see he makes it abundantly clear that his methods have nothing to do with “proving” there was no historical Jesus.

You look surprised, Maurice. You don’t believe me? That’s why I’m telling you to throw out everything you’ve been fed by Steph and forget all that other hearsay and gossip from Steph’s friends and start doing your own fact-checking.

No, you can’t go home yet. We’ve only just started.

Now look at the next sentence you’ve written here. First of all you say that Godfrey has said with “greatest clarity” that “New Testament scholars are completely ignorant of historical method” and then you quote a passage that is pulled out of a longer conversation that says two of them do not “demonstrate” a knowledge of “historical methodology”. Okay, so far that’s fine. Except your source is only a single speech bubble that is taken from a long conversation so we don’t really know what Godfrey was meaning by “historical methodology” here.

But look what follows. You then quote another sentence that tells us it’s a New Testament scholar himself, Scot McKnight, who is making the complaint about “ignorance of historiography” among biblical scholars. This is incoherent, Maurice. You are supposed to be showing us how mythicists have it all wrong about biblical scholars. Why on earth are you quoting biblical scholars who make the case for him?

What’s more, you write about historical methods or historiography as if they are synonyms. You do understand they are not synonyms, don’t you? What’s the Aramaic for “not synonyms”?

This is all muddle-headed, Maurice.

You then quote a long passage by Steph that has nothing whatever to do with historical methods. It’s all about a conference on ideology and philosophical approaches in historical writing about religion.

And Maurice, Maurice. You just can’t hide your anti-American feelings in anything you touch, can you! What on earth does comparing “decent European scholars” with “second-rate semi-learned American ‘scholars'” (yes, in scare quotes, too) have to do with any of this? Who is this essay about? Mythicists or Americans?

And look, you quote Steph accusing Godfrey of not reading a book produced by a history conference and repeat that accusation yourself but see here what you do next. You try to prove your point by quoting a passage by Godfrey that is evidence that he did read the book after all! You quote him as correctly explaining what the conference papers were about — and he rightly points out that the conference was not about historical methodologies. Were you watching TV while you were writing this, Maurice?

No you can’t go to the toilet.

But look at this next section, Maurice. What a mess, what a mess! This should have been the key point of the whole essay but you’ve told us nothing. You say Godfrey wanted biblical scholars to follow the methods he quoted from other historians. But what were those quotations? What is it that Godfrey said those biblical scholars should be doing? You don’t tell us. Yet that’s the whole point, isn’t it? Aren’t you supposed to be telling us how wrong Godfrey is about historical methods and what he thinks biblical scholars should be doing? So how on earth can you do that if you don’t tell us what those horrible methods are?

Do you actually know what Godfrey’s argument is? Did you actually read the quotations Godfrey said biblical historians should follow? Or did Steph remove them from your notes? She didn’t? Well, tell me now. What are the methods Godfrey thought biblical historians should follow? What did Godfrey’s quotations from those historians say? You’ve forgotten? No, Maurice, I don’t believe you ever bothered to find out in the first place. I bet you were too busy watching that Aramaic channel on pay TV.

No, not yet. You can go to the toilet and then go home as soon as I’ve finished.

Have a look at this sentence. What do you mean here by saying that Godfrey thought Crossley “should have” discussed historical methods and certain historians at the conference? What is your source for that? Again this is an incoherent mess! You have just quoted Godfrey in the above paragraph as saying that the conference topic was about ideology and the nature of history and how that was “all fine and good”. You even quote him as saying, “Nothing wrong with discussing that.” Godfrey clearly says that his own point is one that is quite different from the conference theme and that the conference Steph was talking about was irrelevant to his point.

So you have no reason in this paragraph down here to be saying that Godfrey was complaining that the conference didn’t discuss the points he was making. That’s just being silly. You can’t just make up what you would like people to be wishing when it is clear from the evidence you do give us that they wished no such thing.

But oh my, oh my goodness! Now we come to your discussion of these historians. Did you once, Maurice, did you once, just once, actually stop to find out what Godfrey was saying about those historians and what his explanation was for using them in his argument?

Yes, I know you think he’s a mythicist but he’s not, Maurice, and that’s irrelevant anyway to my question. Did you stop to find out what Godfrey’s argument actually was?

No, and it is very clear from your essay that you didn’t.

Be here on the dot tomorrow afternoon. 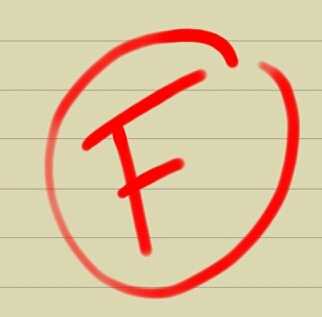