Ehrman’s Case for Jesus as an Apocalyptic Prophet

Evidence for Jesus as an Apocalypticist 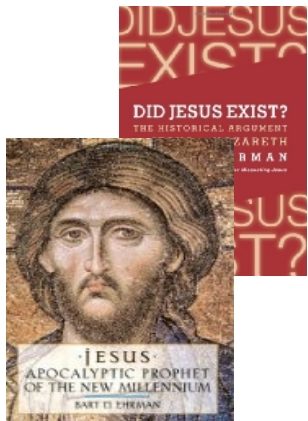 The issue of multiple attestation

Jesus was an apocalyptic prophet who predicted that the end of this evil age is soon to come and that within his generation God would send a cosmic judge of the earth, the Son of Man, to destroy the forces of evil and everyone who has sided with them and to bring in his good kingdom here on earth. (DJE? p. 298)

Referring to his criterion of “contextual credibility,” Ehrman points out that apocalyptic expectation of this sort was widespread in Jesus’ day; and he promises to show that the apocalyptic teachings of Jesus also fit the criterion of dissimilarity.

But to begin with, he stresses that

. . . the apocalyptic proclamation of Jesus is found widely throughout our earliest sources. In other words, it is multiply attested, all over the map, precisely in the sources that we would normally give the greatest weight to, those that are our oldest. (DJE? p. 299)

I think the reader by now can detect what is going to happen here. After the sweeping declaration that Jesus as apocalyptic proclaimer is found “throughout our earliest sources . . . all over the map” (we have already seen that this is not the case), Ehrman reduces that map to the narrow world of the Gospels and Acts, and his claim that these or their underlying sources constitute “our oldest”—i.e., “Mark, Q, M and L.” END_OF_DOCUMENT_TOKEN_TO_BE_REPLACED