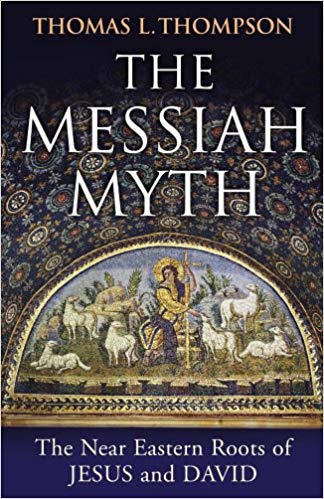 The messiah myth, millennia old across north Africa and the Middle East, is still alive in Libya today. Words recently spoken by Gaddafi were scripted long ago by the Pharaohs of Egypt and the Kings of Mesopotamia, and are found in the Psalms of David and in the proclamations of Jesus Christ. I repeat a few of them here, then place Gaddafi’s perception of his messianic role beside them.

Interesting also is the motif of family relationships Gaddafi ascribes between himself and Nasser of Egypt and even the U.S. President Obama. All this is, one might truly say, “so iron age”. It is the stuff one reads on monuments of ancient kings.

More extracts are found in my earlier post, Jesus A Saviour Like the Kings and Gods of Egypt and Babylon, which are in turn extracted from Thomas L. Thompson’s book The Messiah Myth. This work demonstrates that biblical motifs attached to David and Jesus were part and parcel of the expected “messianic” salvation functions of kings and gods embedded in ancient Egyptian and Babylonian culture.

From Kings of Assyria and the Hittites

Recollections of My Life: Col. Mu’ummar Qaddafi, The Leader of the Revolution. April 8, 2011.

I like the way this passage even opens with that nice round legendary forty years, familiar to us from Near Eastern royal propaganda and biblical narrative. One sees the same deliverance for the poor, making deserts bloom, Armageddon, sacrificial and saving death, the light, the path, even the accusations of madness . . . .

For 40 years, or was it longer, I can’t remember, I did all I could to give people houses, hospitals, schools, and when they were hungry, I gave them food, I even made Benghazi into farmland from the desert . . . .

. . . .  it was never enough for some, but for others, they knew I was the son of Gamal Abdel Nasser, the only true Arab and Muslim leader we’ve had since Salah’ a’ Deen, when he claimed the Suez Canal for his people, as I claimed Libya, for my people, it was his footsteps I tried to follow, to keep my people free from colonial domination—from thieves who would steal from us—

Now, I am under attack by the biggest force in military history, my little African son, Obama wants to kill me . . . .

. . . . as a beacon of light, when others were building castles, I lived in a modest house, and in a tent, I never forgot my youth in Sirte, I did not spend our national treasury foolishly, and like Salah’a’deen, our great Muslim leader, who rescued Jerusalem for Islam, I took little for myself . . . . .

. . . . In the West, some have called me “mad,” “crazy,” but they know the truth but continue to lie, they know that our land is independent and free, not in the colonial grip, that my vision, my path, is, and has been clear and for my people . . . .

3 thoughts on “Gaddafi: the millennia old Messiah figure is still with us”