It’s in the various news sites, but I like to get as close to the source as possible to see what it says: Here’s the link to The Royal College of Obstetricians and Gynaecologists website and its own news release. 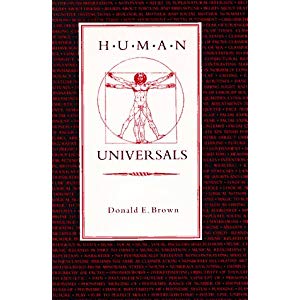 One still reads enlightened (or benighted) twenty-first century scholars asserting that there can be no purpose in life, no standard for morality, if we are “merely nothing more” than a set of chemicals and our minds the product of “nothing more than electro-chemical reactions”.

By couching the argument in the rhetoric of “merely” or “nothing more”, I am reminded of Douglas Adams’ famous quip:

If you try and take a cat apart to see how it works, the first thing you have on your hands is a non-working cat.

That our level of consciousness, aesthetics, ethics, and all that goes to make us the species we are, have evolved as the products of chemistry and physics is not something to be dismissed as a “merely” or a “nothing more”. It is a staggering, mind-blowing thing to grasp. What makes it so damn hard to get my mind around is my inability to comprehend the vastness of the time involved.

None of our abilities, apart perhaps from our language faculty, is a sudden or unique leap that stands in total isolation from everything else. Consciousness is not unique. We can see gradients of consciousness across various species. Social and personal rules of conduct, with punishments for breaches, are observed in many other species that live in social groups. There even seems to be some sort of aesthetic sense at work among bower birds who plant blue objects in a nest to impress a mate, and will notice if human vandalizes their efforts by relocating a blue peg in their nest, and will immediately restore the original layout.

I loved watching the magpies in my backyard in Australia. If a male found a particularly interesting grub or beetle, its female partner would only have to sing out and the male would bring it over for her to eat instead. A kookaburra agonized us all at the office one day by perching on our office window ledge and holding a struggling lizard in its beak. Why wouldn’t it eat the thing quickly and put it out of its misery? We waited some minutes till finally its partner flew up to stand beside him. We realized he had been waiting for her when he then gave her the lizard to eat.  Our agonies over the distress of the lizard turned to “Ohhs!” on seeing this act of affection or love in another species. An ill mouse that could not make it up the ladder to its bed of tissues was soon covered in those tissues to keep it warm — its partner had dragged the tissues down and covered its ill mate with them.

Are all such animals “merely bunches of chemicals”? If in one sense they are, it only magnifies the grandeur and mystery of it all. We can either attribute all this to an imaginary being wrapped up in a mystery itself, or we can attribute it to the laws and evidence we see in operation around us. To my mind, the latter attribution is cause for the greater sense of awe and wonder. Being able to explain it all eventually will not rob us of any of this feeling. END_OF_DOCUMENT_TOKEN_TO_BE_REPLACED 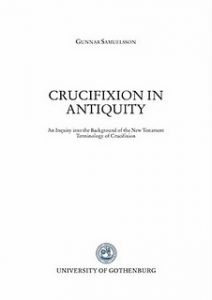 Evangelical Textual Criticism discusses the successfully defended thesis of Gunnar Samuelsson that the ancient textual evidence fails to support our image of Jesus dying on a cross. From the ETC site:

Last Friday Gunnar Samuelsson successfylly defended his thesis “Crucifixion in Antiquity: An Inquiry into the Background of the New Testament Terminology of Crucifixion” at Gothenburg University (supervisor Samuel Byrskog).

This study investigates the philological aspects of how ancient Greek, Latin and Hebrew/Aramaic texts, including the New Testament, depict the practice of punishment by crucifixion. A survey of the ancient text material shows that there has been a too narrow view of the “crucifixion” terminology. The various terms are not simply used in the sense of “crucify” and “cross,” if by “crucifixion” one means the punishment that Jesus was subjected to according to the main Christian traditions. The terminology is used much more diversely. Almost none of it can be elucidated beyond verbs referring vaguely to some form(s) of suspension, and nouns referring to tools used in such suspension. As a result, most of the crucifixion accounts that scholars cite in the ancient literature have to be rejected, leaving only a few. The New Testament is not spared from this terminological ambiguity. The accounts of the death of Jesus are strikingly sparse. Their chief contribution is usage of the unclear terminology in question. Over-interpretation, and probably even pure imagination, have afflicted nearly every wordbook and dictionary that deals with the terms related to crucifixion as well as scholarly depictions of what happened on Calvary. The immense knowledge of the punishment of crucifixion in general, and the execution of Jesus in particular, cannot be supported by the studied texts.

The same blog site offers contact details for purchasing the dissertation, and additional notes from its concluding chapter. There is also a discussion of the archaeological evidence.