(revised a bit of an hour after first posting)

Craig Evans writes of his astonishment that Robert Price concludes that

Virtually no scholar trained in history will agree with Price’s negative conclusions. (p.25)

Of course, such a response is a cop-out from dealing honestly with the arguments. Those who use this dismissal do not, in my experience, explain what it is about a trained historian’s skills that makes the difference. Is it because they think their lay audiences will be awed into unquestioning acceptance of this put-down by its implication that the requisite “training in history” is something only an elite can master?

Credible history begins with primary sources. There are no primary sources for the sayings, deeds or even the existence of Jesus. There are only what historians can best call secondary sources. I would like Evans and others who rely on this dismissal to list all the historical research areas those “trained in history” undertake in the absence of primary sources. The only disciplines I know where this is done is in the field of biblical studies. 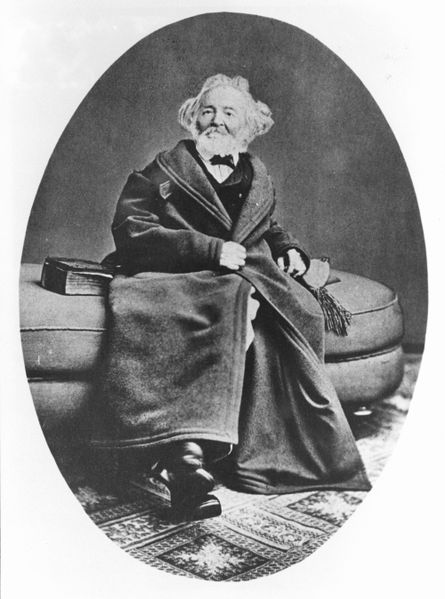 Leopold von Ranke: ‘The founder of the science of history’. “The authoritative criticism of sources which he mainly developed is still valid today as a method of working in history . . .” – Humboldt University, Institute of History.

I myself was “trained” in modern history, and we dealt at length with primary sources. I was also “trained” in ancient history, and the scope of the questions we could explore about ancient societies and movements and historical actors were so much more limited and qualified by virtue of the nature of the primary sources. Historians do not waste time discussing the impacts of people for whom there is only questionable or legendary or mythical (or theological) evidence. The Macedonian and Roman empires are undergirded by primary evidence, including primary evidence for some of their leaders, Philip, Alexander, Julius Caesar. There is no comparable primary evidence for the biblical empire of David and Solomon.

When it comes to great teachers like Socrates and Jesus, they may be notorious for not leaving any primary evidence, and not even writing down anything for posterity. In the case of Socrates this hardly matters, because what philosophers and historians of philosophy study are the writings of Plato. That he used the name of Socrates to express his views is widely acknowledged — the literary Socrates is used to inform us about the thoughts of Plato, not those of a historical Socrates. Even IF Socrates turned out to be nonhistorical nothing would be lost by that. Not much hangs on trying to sift through Plato and Xenophon and Aristophanes to try to discover “the historical Socrates”.

A comparable study in the case of Jesus would mean that historians of theology would study the gospels as sources of theological beliefs of a particular period.

As for the writings of Paul, we have only their self-reference until the mid second century. Without the controls historians are “trained” to look for when it comes to all other evidence they work with, we simply lack the necessary assurances about provenance and context that will enable us to use them confidently as a basis for “historical” research. “Trained” historians treat with caution any evidence that appears without controls that will enable a proper assessment of its nature and value. This caution has enabled historians to expose forgeries.

But there is simply not enough data for historians to do real history about the origins of Christianity. If they rely on Acts and the letters of Paul they are working with documents that lack the controls for a historian to assess their true provenance and value. We don’t even know — we can only make a variety of educated guesses — the authors or provenance or dates or audiences of the gospels. To rely on such documents to create history is not good history. We cannot professionally do what our tools will not allow us to do.

And/or they can apply anthropological and sociological and economic and literary models and attempt to fit all those over scant data, but there is simply not enough evidence to work with for historians to do anything much more than make educated guesses about how Christianity originated. Historians can work with primary and secondary evidence to attempt to explain the nature and development of Athenian democracy or the Roman empire. But some topics simply lack the requisite data that would enable a true historical enquiry.

Or they can study the documents as they are and attempt to analyze them for what they reveal about those who produced them, the sort of conditions that must have prevailed for them to have been produced in those ways, and how they appear to have influenced the development of one another. That is the closest to “real history” of any worth one can come.

That state of affairs — the application of the methods of “trained” historians — would not serve the religious interests of Craig Evans so he simply dismisses Price’s work as being animated by “a philosophical mindset that is at odds with historical research — of any kind.” In other words, Price’s methods, along with his justifications for them, are simply ignored as useless because there is no way anything Evans believes could be substantiated by them. If they don’t support his beliefs then they are useless for anything.

Evans further says Price “adopts much of the (discredited) Christ-Myth theory from the nineteenth century”. That struck me as a bit at odds with my recollections so I double checked the indexes in a couple of Price books and found the scantest references, usually footnotes, to any such nineteenth-century proponents. Price does discuss J. Z. Smith’s work on Frazer, and I would have liked Evans to have made a comment about that for fairness.

I also wish Evans had added a footnote to inform me of just one source that verifies his claim that much of that nineteenth century scholarship to which he refers has been “discredited” — as opposed to ignored. A biblical scholar once directed me to Walter P. Weaver’s The Historical Jesus in the Twentieth Century (1900-1950) but in addition to historical description I found there nothing more than synopses and brief statements of disagreement with some of the positions of those earlier authors.

And of course Evans tosses in info about Price’s background “with a fundamentalist Baptist church” — presumably to sustain his theory that scholars turn against the faith because of a misguided confusion of the true faith with errors in the church.

And a postscript to this:

Of course there are “trained historians” who write about their research in nonbiblical areas but who also draw on their peers in biblical studies. But their focus is not on exploring “the historical Jesus”, and they are really using shorthand as they must when making reference to some of the branches and twigs of the tree trunk they are examining. It is impossible for a single person to examine in the same depth every single datum, but that does not necessarily affect their main theses.