Peter Kirby has revamped his Christian Origins website so that it consists of updated headers of Biblioblog posts. He includes a special biblioblog search engine covering these blogs and various online discussion archives. And more. . . . 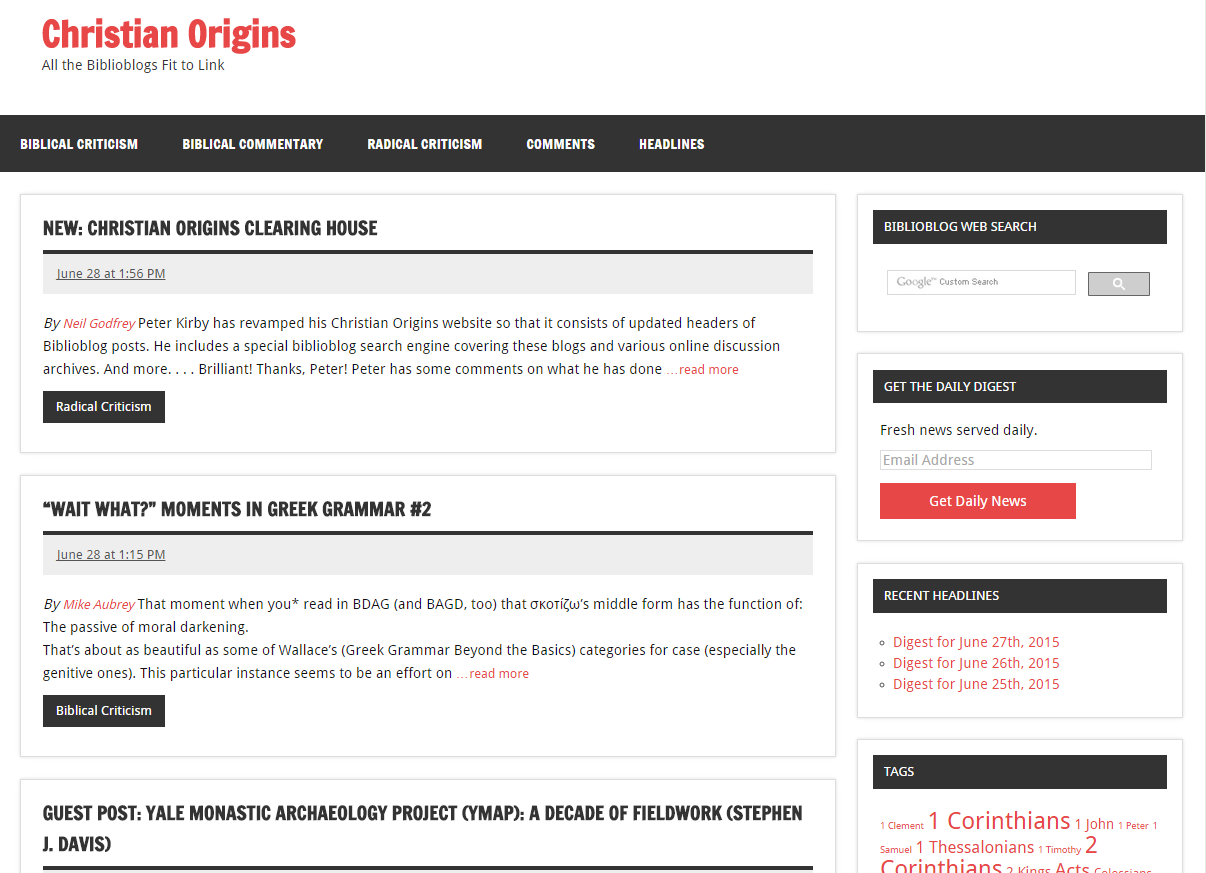 Peter has some comments on what he has done on the earlywritings forum.

END_OF_DOCUMENT_TOKEN_TO_BE_REPLACED

Peter Kirby has posted thoughts on the meaning of the question of the historical Jesus for Christian theology: see  Theology and the Historical Jesus. What he writes dovetails with recent posts here explaining why Thomas Brodie believes Christianity can and should thrive with a Jesus figure who stands beyond history. Peter shows Brodie is not alone in this view. He goes further, however, introducing readers to what the question means from different faith/theological perspectives.

I have left some corrections to Dr James McGrath’s recent post Overview of Part One of Earl Doherty’s Jesus: Neither God Nor Man (with Baloney Detection) on his site, and repeat them here along with a few other points. (A short response by Doherty is also found here on McGrath’s blog.) I conclude with some advice that McGrath has openly requested.

McGrath’s first point that needs several corrections is this:

3. Have the claims been verified by another source?

Neil Godfrey appeals frequently to a seemingly favorable statement by Stevan Davies, but elsewhere in the same discussion forum Davies indicates that he had not read Doherty’s book and describes it as equally nonsense viz-a-viz the dominant scholarly paradigm. And so the favorable statement is about what Davies had been told about Doherty’s stance, not about the actual articulation of it in detail in his book. While Doherty should not be blamed for what one of his supporters has done, this still serves as a cautionary reminder that quotes in favor of a fringe view sometimes are not what they initially appear to be. END_OF_DOCUMENT_TOKEN_TO_BE_REPLACED