This continues from my previous post on A.J. Woodman’s argument.

There are good reasons for approaching the Book of Acts and other historical writings of the Bible from the perspective of the wider literary culture of their day. Thucydides, the Greek historian of the Peloponnesian War, is generally thought of as an outstanding exception among ancient historians because of his supposedly well-researched and eyewitness accounts of the facts. Classicist Professor A.J.Woodman reminds us, however, that we may be advised to reconsider why we should ever think of anyone as being an exception to the ethos and culture of one’s own day.

Through these posts I am exploring the nature of ancient historiography, and by implication re-examining the assumptions we bring to our reading of the Bible’s historical books. Beginning with Herodotus and Thucydides is relevant because we will see that Jewish historians, in particular Josephus, were influenced by them. We will see that by understanding Greek and Roman historians we will also understand more clearly and in a new light the nature of the works of Josephus. And by understanding the nature of ancient historical texts we will read Acts and other historical books in the Bible with fresh insights and improved critical awareness.

The first thing to note about Thucydides is that, for all his differences from Herodotus, he wanted his own work to be read with reference to Herodotus’ Histories. He borrowed directly from Herodotus to demonstrate to readers the superiority of his own work.

Herodotus advertized the greatness of his topic. Thucydides did the same and more so. Herodotus announced that the Persian Wars were a large-scale event? Thucydides responds by greatly exaggerating the extent of the Peloponnesian War to a far greater scale.

Far from being disengaged or objective, Thucydides has deployed standard rhetorical exaggeration in order to demonstrate the superiority of his own work and subject over those of Herodotus. (p. 7) 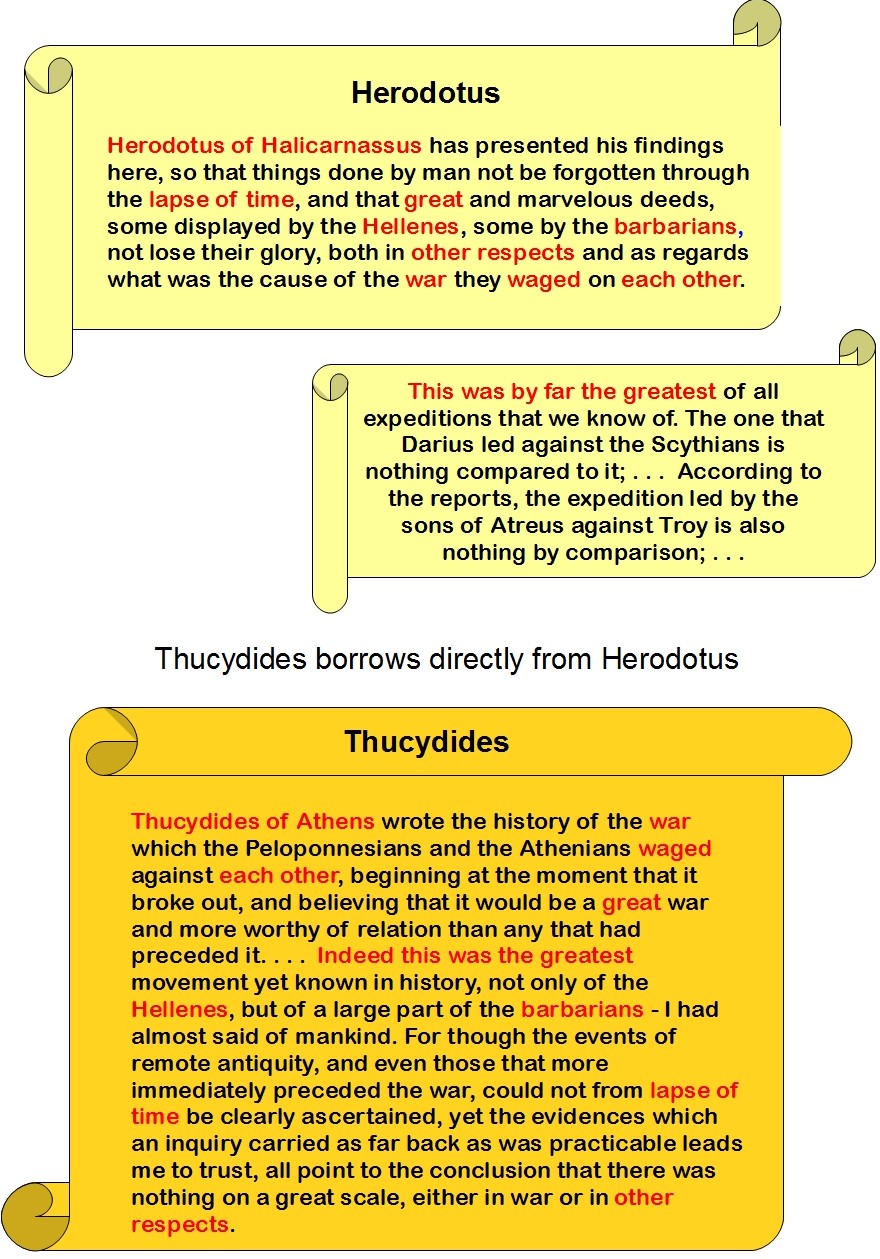 We will see that this — the choice of a most important or great topic — is a recurring theme in all historical writings. Ditto for intertextuality.