Since posting the vicious response of fundamentalist Christian to the Notre Dame Cathedral fire (the Triablogue post below) I have learned that the medieval inquisition is resurfacing in Europe, too.

And just about everywhere else, too, where we can expect to find “defenders” against some sort of “Islamic invasion” against Christian societies:

Direct from the seventeenth century! Brought to you by Steve of Triablogue 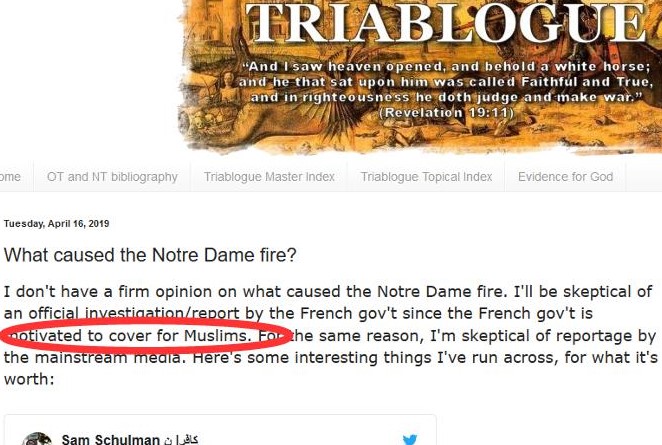 Of course he has “grounds” for suspicion. Five tweets from three authors, each of whom is quickly identifiable as Islamophobic simply by skimming the first pages of their accounts.

Meanwhile, some compassionate sanity from the refreshingly godless Ophelia Benson: 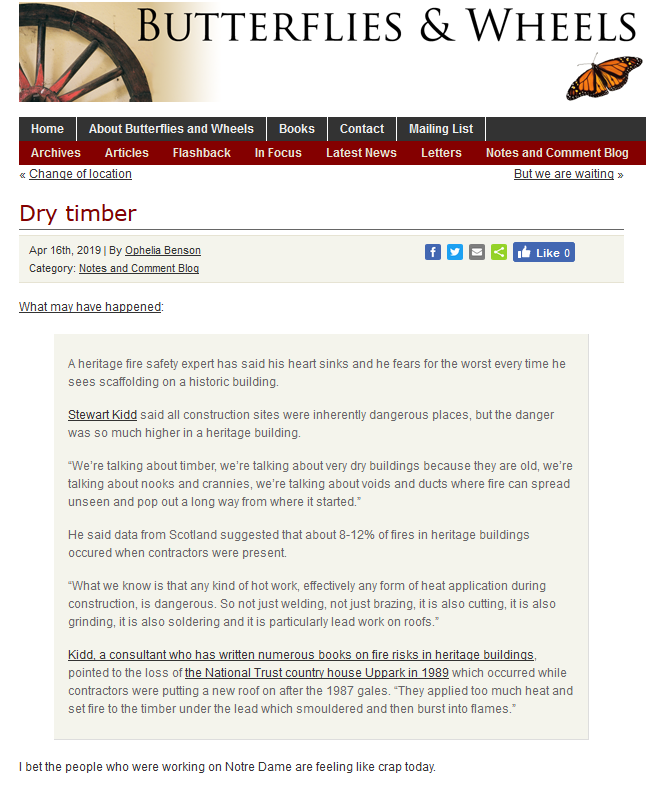 In France new mothers can request the State public institutions for a free nanny to assist them with all the things that new mothers face — the need for someone to babysit, to do the cooking, buy the groceries, clean the house and do the washing, to give them time for needed breaks from the pressures that inevitably arise in modern environments when extended family assistance is not always easy to come by.

While I was in Singapore I read a horrific tragic news story of a stepfather who was to hang for drowning a baby that drove him mad with its incessant crying.

In France people get out into the streets to demand their rights and force the government to behave in the public interest. It is, after all, a publicly elected public body for the public interest. In Singapore and an many other places it works the other way around — governments keep themselves in power and free to do their own factional will by fanning fear among large sections of their citizenry or inculcating wherever possible a public fear of their governing power itself. And as Michael Moore points out in his new documentary, Sicko, no wonder some of those governments are happy to see a public suspicion of anything French. 🙂