Continuing with the first chapter by Martin West of Pagan Monotheism in Late Antiquity, edited by Polymnia Athanassiadi and Michael Frede. This and the 2 earlier entries of this series can be found in my Book Notes/Reviews subcategory “West” or in the Religion subcategory God and other deities. 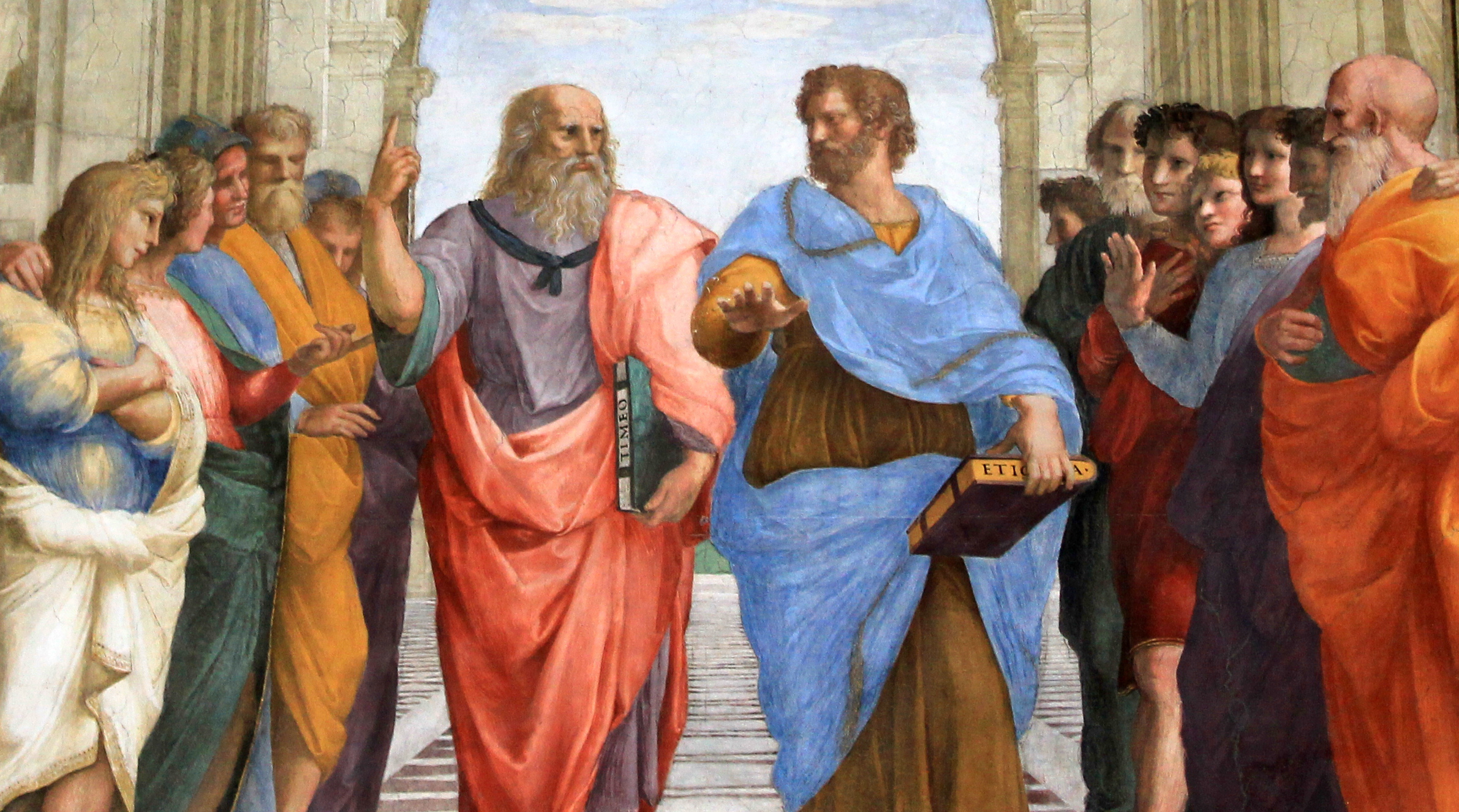 Parmenides (early 5th century b.c.e.) — Love, not fire or lightning, is the guiding principle, and he/it’s a She

For Parmenides what steered or guided cosmic events was:

Another text fragment informs us that this feminine power first brought forth — apparently by the power of her mind or thought alone — the god Eros.

One school of Parmenides appeared to identify this goddess with Dike or Ananke. What is certain however, is that once again we have a hierarchy of gods emanating from the ultimate one.

The Orphic Protogonos Theogony (ca 500 b.c.e.) — Zeus the first and last, for a moment anyway

A theogony is a list of births of many gods, but West sees its relevance to the history of monotheism in that it this particular poem was part of Parmenides’ cultural tradition, and includes a dramatic scene where polytheism for a moment become effectively “monotheistic”:

When Zeus succeeded Cronus as King of Heaven, Zeus swallowed Protogonos, or Phanes. Phanes was the bisexual god who first appeared from the cosmic egg with the seed of the gods inside him/her. By swallowing Phanes, Zeus swallowed the universe, including all the gods:

all the immortals became one with him, the blessed gods and goddesses
and rivers and lovely springs and everything else
that then existed: he became the only one.

Then follows a hymn to Zeus:

Zeus thus for a moment becomes the sole god. He then proceeds to “bring up” all the other gods “from his holy heart”, presumably a metaphor for an intelligent design. So all the gods subsequently existing become are the creation and emanation of Zeus himself.

The same model of all the elements becoming absorbed into One and then expelled again was used by Empedocles. All matter was the product of 4 divine elements — fire, air, water, earth. Under the influence of Love, these elements periodically absorbed themselves into one uniform mass, a single god called Sphairos, or the Sphere.

“This rotund divinity ‘rejoices in his circular solitude’, until Dissension [Strife] sends tremors through his body and the separating elements begin to take the shapes of all the beings that are now in the world.” (p.35)

So unlike Zeus, this Sphere god does not guide or control the universe. It disappears under the infiltration of Strife.

Out of the breakup of the Sphere come the 4 elements as the 4 gods (the links with the elements is my guesswork, not in West):

There were 2 other gods who governed the relations between these four, not through the chances of conflict, but through the orderly abiding by the terms of formal agreement:

The things produced by the mixing of the four elements included not only humans, trees and plants, animals, birds and fish, but also extremely long-lived gods.

These gods can be condemned for misbehaviour to 30,000 years of embodiment within animal or vegetable bodies.

One of the gods of Empedocles was a disembodied Mind that darted across the universe at the speed of thought. Unlike the solitary Mind or Intelligence god postulated by Xenophanes and Heraclitus, this Mind was merely one of many of the long-life gods that emerged after the Sphere fractured into the 4 divine elements. Other ancients attributed this Mind to Apollo, or to divinity in general.

Anaxagoras postulated something that functioned like a god but was a natural material substance. He thought of this as an extremely rarefied material Mind (Nous) that:

Anaxagoras thought of it as a stand-by physical explanation to answer questions that could not be explained by other physical mechanisms.

Diogenes was more clear cut in restricting the ultimately divine power to Air (Aer) than Anaximenes had been. Anaximenes had attributed divinity to all the products and secondary products of Aer. Not so Diogenes.

This air is everywhere and in everything. It gives humans and other animals their souls and consciousness through their breath. It is God.

Air is responsible for the “intelligent design” of the orderly universe: winter and summer, night and day, rain, wind and fine days.

Like Anaxagoras, Diogenes attributed this Mind or Consciousness to a physical element, Air, but unlike Anaxagoras he was willing to call it divine, God.

Diogenes also interpreted Homer allegorically and regarded Zeus in the epic myths as the personification of Air. It is unknown whether or how he interpreted the other deities allegorically as well. If he did, no doubt Zeus or Air would have been the overall guiding power.

Herodotus commented in his Histories on what he took as evidence of “intelligent design” guiding the universe and everything in it. He observed, for example, that animals that were food for others bred in large numbers while the predators had few offspring, thus preserving a happy balance (‘happy’ at least for the predators!)

West comments on Herodotus’s example of the flying snakes of Arabia that, H says, would over-run the world if it were not for the planning of Providence in guiding the female to crunch on the male’s throat at climax and for the unborn young avenging their father by eating their way out of their mother’s body.

Herodotus attributed such balance to “the forethought of the divine”, which was Wisdom.

Socrates likewise, according to Xenophon in his Memorabilia, argued for a divine intelligence behind humans, for example. They had arms whereas other animals only had legs; they also had light to see by; and usefully stood upright; and each part of the body had a useful function. He saw similar design in the heavens and other living things.

He attributed all of these things to “the gods”.

The indifference between gods, plural, and God, singular, in ancient thought

One reads sayings of Socrates where he will speak sometimes of “the gods” and other times of “(the) god”.

Whether in 5th century b.c.e. Histories, Philosophical Discourse, the Hippocratic Corpus or in Dramatic Tragedy, “[w]henever some theological truth is formulated, some statement about the regime under which mankind lives, the writer typcally does not name one of the traditional gods but says οι θεοι or ο θεος (in tragedy commonly without the article).” (p. 38 )

The indifference as between singular and plural is possible because when someone says ‘the gods’, the assumption is that these gods act as a unanimous body. Because of the force of tradition there was no hurry to discard polytheistic language, and yet there was a general disposition to see the divine regimen as unified and purposeful. This was a situation in which monotheism could develop without causing upset. (pp.38-39)

West sees Thales as the one who began to emancipate such terms as “soul” and “god” from their conventional mythical applications. END_OF_DOCUMENT_TOKEN_TO_BE_REPLACED 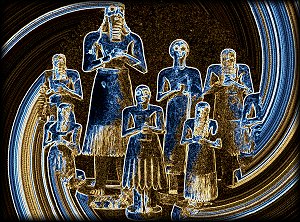 But Homer, West argues, also introduces readers to something contrary to true polytheism. The gods meet in council and subsume their individual wills to their exalted chief, Zeus. END_OF_DOCUMENT_TOKEN_TO_BE_REPLACED