Skip to content
Creation of man in God’s image is probably one of the most striking anal­ogy to Plato’s work. . . . It is the most openly expressed in Timaeus. (Niesiołowski-Spanò 2007:118)
In Timaeus Plato gives his vision of the creation of the world, one that seems close to that of Genesis yet at the same time far more sophisticated. (Wajdenbaum 2011:92)

If you are wondering how well-known Timaeus was throughout the ancient Greek-speaking world . . . .

It would be a serious mistake … to conclude that the Timaeus was only read and studied by professional philosophers or students of philosophy. The very fact that it was regarded as the ‘Platonists’ Bible’ meant that its influence inevitably filtered down to men of letters and even those who had received only a smattering of learning. Indeed the Timaeus was the only Greek prose work that up to the third century A.D. every educated man could be assumed to have read. (Runia 1986:57)

We have seen the evidence Russell Gmirkin [RG] set out for the authors of the Pentateuch drawing upon Plato’s works so it is against that background that this focus on Genesis and Timaeus proceeds. Chapter 4 of Plato’s Timaeus and the Biblical Creation Accounts “examines various lines of evidence that indicated Genesis 1 did in fact draw on the Timaeus“.

RG’s discussion engages with several related scholarly views and the current mainstream understanding that he is challenging. It is a somewhat technical presentation, examining the textual structures and how related Platonic themes (science, philosophy, myth) are expressed through each. For better or worse, I have decided to touch on the more obvious overlaps between Genesis 1-2 and Timaeus with little comment. I imagine you, dear reader, are sitting with fellow critical jurors.

First to the witness stand is Martin Rösel [MR]. MR listed clear indications that the Greek version of Genesis made liberal use of terms from Timaeus. MR’s explanation for these references was that the translators felt free to modify, even change, the original Hebrew text.

But under cross-examination of further studies, MR’s explanation that the Septuagint (LXX) was a very free translation of a Hebrew text could not stand up. The DNA evidence demonstrated that the LXX was an attempt to hew closely to the literal Hebrew original and not a free translation. The LXX can make for awkward reading in ways that indicate that the translators struggled to maintain faithfulness to a Hebrew source.

But what was the Hebrew source of the Septuagint? It was not our current “Masoretic text” (MT). Interestingly, in some places where the LXX disagrees with the MT, other earlier Hebrew versions do match the LXX translation (e.g. the Samaritan Torah, a Dead Sea Scroll fragment).

What does the mainstream scholarship say about all of this? The dominant view is that there were Hebrew and Greek versions of the Pentateuch long before our current MT and LXX. Neither of these earlier, now lost, texts could have reflected Plato’s Timaeus. It is acknowledged that Timaeus did influence some parts of the LXX of the third-century BCE. The question remains, though, Why is the LXX so different from the MT?

What version of Genesis 1 came first? The MT or LXX?

Definitely the MT. A copy was kept in the temple and was used as the standard by which all copies were measured.

Where did the LXX come from?

I can’t help but think that it came from a tradition that stood opposed to the temple authorities.

Why, then, does the Letter of Aristeas say that the temple authorities sent a Hebrew text to Alexandria for translation into Greek?

I don’t believe that that story has any truth to it. It is total fiction. The LXX had to come from a group opposed to the Temple authorities. The temple authorities would have sent a copy of the MT and the LXX would be far closer to the MT than it currently is.

But then where did the LXX come from?

I can’t say anything other than what I have said already. 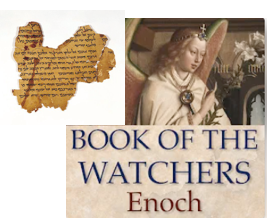 Next witness: Four figures enter the dock — the Book of Watchers, Demetrius the Chronographer and the Book of Jubilees and Qumran (Dead Sea Scroll) fragments. All of these testify to being the first to quote or allude to biblical writings. Not one is any older than the third century BCE.

It . . . goes beyond the evidence to assume that the Hebrew Bible in any form, whether MT or proto-LXX, significantly predates the Septuagint translation. (RB, 88) 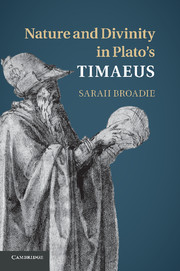 Next witness: Timaeus, the astronomer created by Plato. Timaeus is asked about the three different creation narratives or myths he described to his companions: the creation of the cosmos; how the elements that enabled and brought about order emerged from primordial chaos; the creation of mortal plant and animal life, including humans. The court asks Timaeus to outline his presentation. He does so:

I began by telling my audience, Socrates among them, that I was going to describe how “in the beginning” the universe was “generated” (Greek “genesis”), that “in the beginning”, a good God “made” the “heaven and earth”.

The Greek words in quotation marks match those in the LXX of Genesis 1. The judge instructs Timaeus to stop “finger-quoting” and get to the point and list only the details of the visible creative process.

If I restrict myself to the order of the creation of the visible universe….

It all begins with chaos and darkness. (Gen 1:2; Timaeus 30a) END_OF_DOCUMENT_TOKEN_TO_BE_REPLACED