Mention scholarly research into a matter that someone feels deeply about while holding contrarian or conspiracy theory views, and one is likely to be told that the academies are filled with institutional bias that compels them to ignore or hide or tell untruths about “the real facts” of a matter. Sometimes the criticism can go deeper than certain perceptions of institutional bias and target the scientific method itself:

The scientific method is what is wrong with the world

I mentioned once to Harold, the friend mentioned earlier who falls constantly for quack medical remedies and diagnostic methods, that the scientific method is based on a demand for evidence and that he should think about being a little more scientific (i.e., skeptical) about unverified claims. Harold replied that “the scientific method is what is wrong with the world and with people like you.” I suppose what he was saying is that by being skeptical I am cutting myself off from various mystical and creative aspects of the human experience. That is certainly a possibility, but I think that Harold may have been overreacting to the word “skepticism” (and to my implicit criticism of him) and assuming that I meant something other than what I actually meant.

His cynicism, ironically, contributes to his gullibility

I believe that Harold is confusing skepticism with cynicism and thinks that I am saying that one should never believe in anyone or anything. In fact, Harold is probably much more cynical than I am (he sees the evil hand of conspirators everywhere). His cynicism, ironically, contributes to his gullibility, in that he champions alternative medicine in part as a way of saying “screw you” to the more mainstream medical establishment. To my mind, a knee-jerk reaction of “no” (the cynical stance) is no more justified than a knee-jerk reaction of “yes” (the gullible stance) and the essence of skepticism is nothing more than saying “I will maintain an open mind but I want to get a better understanding of the truth of the matter before I commit myself.” However, the evidence is often ambiguous and incomplete, and the skeptic is someone who holds out for a higher and more rigorous standard of proof (and of one’s own understanding) than the fact that you like someone or want what he says to be true. 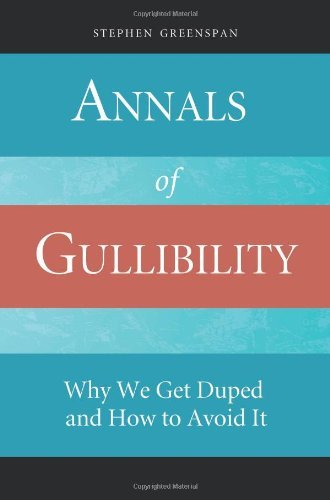 Our author is zeroing in specifically on quack remedies and “spiritual forces” and “mysterious agents” in the world but the same reasoning applies to anyone seeking “confirmation” that governments of the western world have come under the powers of conspiratorial elites who are using the fear of Covid-19 as a pretext to introduce controls that will eventually lead to new totalitarian tyrannies. The result of that kind of thinking is either a complete disengagement from the political processes or attempts to sabotage them: either way, positive action to defend and deepen democratic processes is the loser.

Perhaps what Harold was really saying is “I pity people who do not believe in magic.” Skeptics are people who believe that the laws of nature and probability underlie all phenomena, and are dubious about claims that there are realms of functioning that are immune from such laws. Harold definitely believes in magic (the real, not the conjuring, kind) and his evidence for this belief is likely to take such a form as “I was thinking about an old friend and the next thing I knew I got a phone call from her.” Harold is not likely to be persuaded by the argument that “you thought of 500 other things or people during the same day without such a congruence, but you are focusing on a single congruence that confirms your belief in magic and then holding it up as proof that it couldn’t have been a coincidence.”

The passage addresses belief in magic but the same “intellectual laziness” applies to beliefs in conspiracy theories and any other belief that avoids the drier texts based on the scientific methods of research. Conspiracy-theory believers may consider themselves more astute, sceptical and informed than others but in fact the opposite is true.

Belief in magic is an intellectually lazy stance to take, as one can absolve oneself of any obligation to master complex reality by passing it off to forces that are unknowable. Belief in magic contributes to gullibility as one can be too easily influenced by misleading external realities or superficial explanations. Just as Harold pities me for not being more intuitive, I pity him for not being more rational. People who eschew skepticism are people at the mercy of charlatans, bogus experts, and false claims. Although I generally admire and like people who are trusting more than people who are distrusting, I think trust needs to be tempered with an understanding that it can be misplaced. Blind trust can be a formula for disaster, as countless stories in this book illustrate. One needs to be alert to warning signs of untruth, whether or not it emanates from conscious deception. To refuse to heed those signs, and to refuse to ask for proof when proof is needed, may be to put oneself in harm’s way.

On reading the above passage I am reminded of little questions that arose along the way of my journey into a religious cult many years ago. Little points of errors in facts seemed to be only minor and unintentional glitches in the literature I was reading. I should have stopped and stood my ground and demanded to find out why and how such “little errors” were there in the first place. It might have led me to discover behind all that glossy, free literature was an institution that was geared towards psychological manipulation.

The following depicts the end result of what I have come to call “ideological” or “principled” thinking. Now there are good ideologies and there are good principles to live by. The problem is when people espouse “ideological” or “principled” ideas that at some level treat those principles as more important than the full lives of real people (either by thinking of most people as stupid or as faceless numbers to be manipulated in a power and control game) then we have the seedbed of vicious totalitarianism.

An example of how cynicism is compatible with gullibility can be found in the life of Joseph Stalin, the ruthless dictator who ruled the Soviet Union through periodic murder sprees for several decades. In a review of Simon Sebag Montefiore’s (2005) Stalin: The Court of the Red Tsar, Ian Buruma (2004) described Stalin, and the equally murderous ruler of China, Mao Zedong, as extraordinarily cynical, that is motivated by power rather than Communist ideology, and generally distrusting of everyone, including family members. There was one area, however, in which both Stalin and Mao were overly trusting, and that had to do with agriculture policy. Driven by an emotional commitment to the notion that Marxism–Leninism had made possible a “creative Darwinism,” both men “appear to have been completely taken in by the crackpot science of Trofim Lysenko” (p. 5). Lysenko’s experiments in high-yield wheat proved to be a complete disaster in both countries, “but these failures were blamed on ‘saboteurs’ and ‘bourgeois scientists’, many of whom were killed, even as people were dying of hunger in far greater numbers than ever. Such things might not have happened if Stalin and Mao had been complete skeptics. But they were gullible as well as cynical, and that is why millions had to die” (Buruma, 2004, p. 6).

Greenspan, Stephen. Annals of Gullibility: Why We Get Duped and How to Avoid It. Westport, Conn. : Praeger Publishers, 2009. http://archive.org/details/annalsofgullibil0000gree. pp 181-182

3 thoughts on “The Necessity of Scepticism Contra Cynicism”