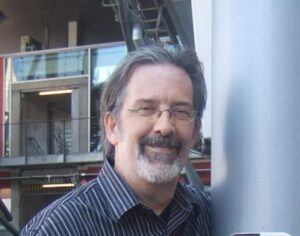 In a comment to the previous post, Russell Gmirkin took issue with my explanation of Kuhn’s definition of a paradigm and my conclusion that fields of study outside of natural sciences don’t have Kuhnian paradigms, and hence no “paradigm shifts.”

He quoted from his forthcoming book, as follows:

One may define an academic paradigm as an implicit or explicit theoretical and factual framework that is agreed upon by consensus by a body of professionals within a discipline. (Gmirkin 2022)

As I’ve said before, if you want to propose your own definition of a paradigm, I have no quarrel with it. However, having done so, you will have left the Kuhnian universe of ideas. And once again, I protest not because Kuhn was right in all things, but simply because he had a particular structure in mind, and to appropriate his conclusions based on terminology antithetical to that structure is wrong.

I apparently must now apologize for calling someone or something wrong, since Mr. Dabrowski has informed me that I am displaying “animus.” Let us say instead that it is unright. Perhaps even double-plus unright.

Paradigms are typically perpetuated within academic institutions of learning in preparation for professional life within that field. As an axiomatic intellectual framework enforced by revered teachers and respected peers, paradigms tend to be conservatively preserved and are difficult to change except in the face of both deconstruction by new facts that run counter to the accepted paradigm and the construction of a competing paradigm with greater explanatory power (Kuhn 1996) (Gmirkin 2022)

I understand his point. As we discussed in previous posts, anomalies arise when new data arrives that calls the entire prevailing framework into question. The resulting crisis can engender a great deal of backlash. For example, the discovery of X-rays sent shock waves through the scientific community. One might wonder why this should be so, since the prevailing paradigm didn’t exclude the possibility of their existence. END_OF_DOCUMENT_TOKEN_TO_BE_REPLACED