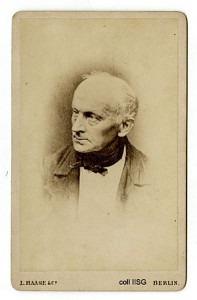 I have now added Bruno Bauer’s approximately 80 page chapter on the Sermon on the Mount in the BB Criticism of the Gospels and History of their Origin page. (See right-hand margin.) It’s not for everyone. Only for those seriously dedicated to learning what Bauer had to say about the Gospels. It is machine translated with my own edits for corrections and to improve ease of reading. But no doubt there are still more mistakes than I would like to think about. To help those of you seriously interested I have included an OCR copy of the German script (it was originally in Old German and my reader has not done a perfect job of transferring it all to modern fonts) so you can get some idea of how to make any corrections for yourself.

My reading of late has been persuading me (again) that our canonical gospels did not appear on the scene till the mid or second half of the second century, not long before Irenaeus and certainly after Justin. Justin’s “sayings” material (like his “narrative” material) especially from the Memoirs of the Apostles, is surely from a source that was known to authors of the Gospels of Matthew and Luke. It will be a mammoth task to set out all of the arguments in favour of this late date, especially those that demonstrate, line by line as it were, that what looks like gospel material in Justin’s writings are certainly from a pre-gospel source.

I don’t know off-hand when Bruno Bauer wrote his criticism of the gospels but I’m guessing it was later in his life given the wealth of reading that lies behind his analysis and his allusions to life-experience. Hence the older pic. Or was he just a young genius?

Anyway, thanks for checking in on the blog from time to time. Hope to see you all next year again and that the new year treats you well.

2 thoughts on “Sermon on the Mount – Bruno Bauer update”