Skip to content
It will be seen if the ruling elite in the US is capable of responding to the reality in their nation. Otherwise this was a poorly executed first try. The second will be better organised.

An excellent analysis of the deeper national pressures that erupted in the January 6 storming of the Capitol:

Lessons From the 6 January Insurrection

by Albena Azmanova and Marshall Auerback (the article being produced by Economy for All, a project of the Independent Media Institute).

While the majority of Americans deplored the events at the U.S. Capitol on January 6, it was troubling to see a YouGov poll indicating that 1 in 5 voters approved of the assault. Their attitudes were buttressed by a significant number of House and Senate Republicans who have egged on the matter by continuing to call into question the legitimacy of last November’s election result. This is a sign that the rot in the American political system goes deep.

Let this be our wake-up call, America’s “Beirut blast.” The bomb explosion that devastated large parts of Beirut last summer was not an isolated, unfortunate occurrence, but the profound manifestation of decades of incompetence, complacency, and corruption in the Lebanese government—an outcome of the ruling classes’ criminal neglect of essential public needs. . . .

. . . . The focus on the relatively small group that broke into the Capitol as a result of lax security is akin to focusing on the Beirut blast wreckage to the exclusion of all else. Far more significant are the surveys of representative samples of Americans that reveal deepening mistrust of the core institutions and a growing commitment to sectarian interests which have, in many parts of the nation, superseded commitment to the republic itself.

. . . . for many the assault on the Capitol was also an insurgency against the entire political class. “All these politicians work for us. We pay their salaries, we pay our taxes. And what do we get? Nothing. All of them inside are traitors”—as a member of the mob stated.

On this particular point, the grievances of the violent mob and the findings of scholars align: America is an oligarchy, not a functioning democracy, as the detailed study by Martin Gilens and Benjamin Page argued in 2014. Thus, much as this was an assault on American democracy, the storming of the Capitol was also a sign that American democracy had already failed. Surely, these clumsy “revolutionaries” did not storm the Capitol because they are living the American Dream—and they are blaming, unsurprisingly, the whole political class for their malaise.

Whenever economic explanations of this radicalization are attempted, inequality is singled out as the root of working-class discontent. . . . A cross-party consensus is now emerging on fighting inequality through redistribution—from raising the minimum wage to increasing unemployment benefits. 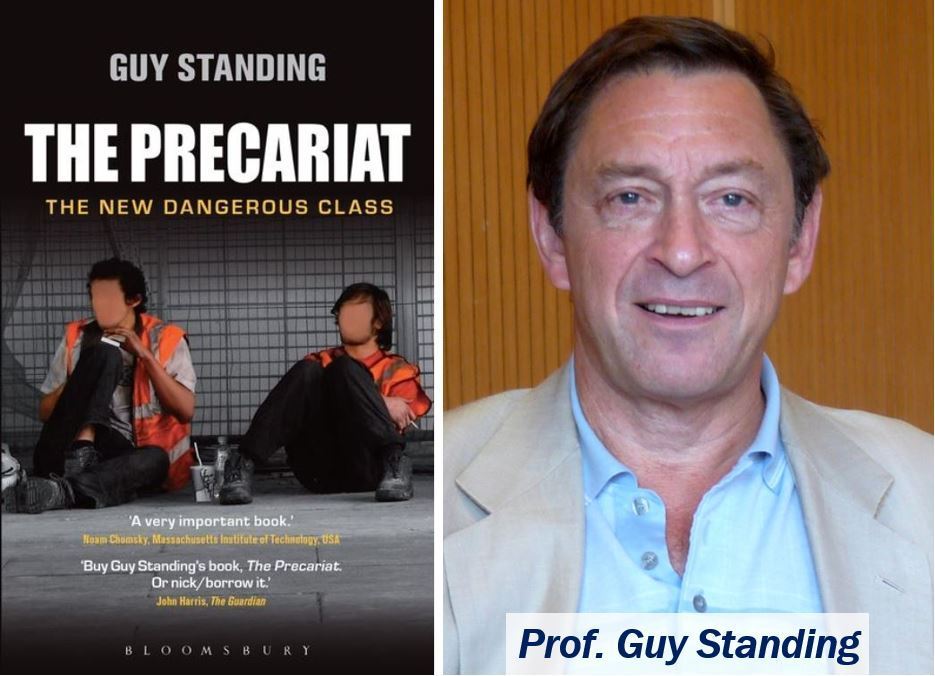 One reason why inequality has attracted so much attention is that it is easily measurable. Indeed, reports of the top 1% . . . easily appeal to our sense of injustice. However . . . many . . . still admire the rich. Additionally, the singular focus on economic inequality obscures another phenomenon—the massive economic insecurity which is affecting broader swathes of the population beyond the ‘precariat’ (those in poorly paid and insecure jobs). While insecurity is not easy to measure and report, it is in fact at the root of the social malaise of Western societies.

Seeing economic precarity as a root cause also helps to better explain why so much of the working-class radicalization has taken a turn to the right. Right-wing populists specifically evoke language that triggers conservative instincts—the evocation of family, a desire for stability, for clinging strongly to what is familiar (“Make America Great Again”) . . . .

Even under recent Democratic Administrations, economic recovery from the 2008 financial meltdown happened through a growth in insecure employment. The services jobs that fueled U.S. economic growth for the past 40 years—until the pandemic began to destroy them—were numerous, but of low quality. . . .

The American economy has begun to resemble a new, modern feudalism with a small technocracy dominated by Silicon Valley tech overlords and Wall Street billionaires at the top, and a large, uneducated, rapidly growing serf class at the bottom with no social safety net to protect it.
Another analyst who describes today’s post-capitalist world as a “neo-feudalism“: Yanis Varoufakis, Designing a Postcapitalist Future in the Midst of the Pandemic:

This system, in which Big Tech and the financial sector yield immense power, and the ultra-rich own almost everything, cannot really be described as capitalism. Techno-feudalism comes closer to capturing the spirit of the present. Under this dystopic post-capitalism, our techno-feudal lords have the power to manipulate our behaviour at an industrial scale advertisers could never even dream of.

. . . the evisceration of unions, the deconstruction of the welfare state, and the privatization of public services. Most importantly, funding for public services and social programs has been persistently slashed. It is this impoverishment of the public commons that has increased the importance of personal wealth in securing essential goods such as healthcare and education.

But no matter how equal society becomes in terms of wealth distribution, without a dramatic government investment in public services, notably education, healthcare provision, and job security, distrust and disillusionment in American institutions will persist, and with that also the rise of militancy by a radicalized underclass.

To underscore the “remarkable indifference” of policymakers towards these trends, Azmanova and Auerback link to an article, the title of which says all you need to read: Trump’s $2,000 Stimulus Checks Are a Big Mistake: Family incomes are not down much from Covid-19, and there is a risk of overheating the economy.

meanwhile during all the chaos and drama in the richest country on earth: pic.twitter.com/zokamZpdfm

5 thoughts on “Lessons From the 6 January Insurrection”